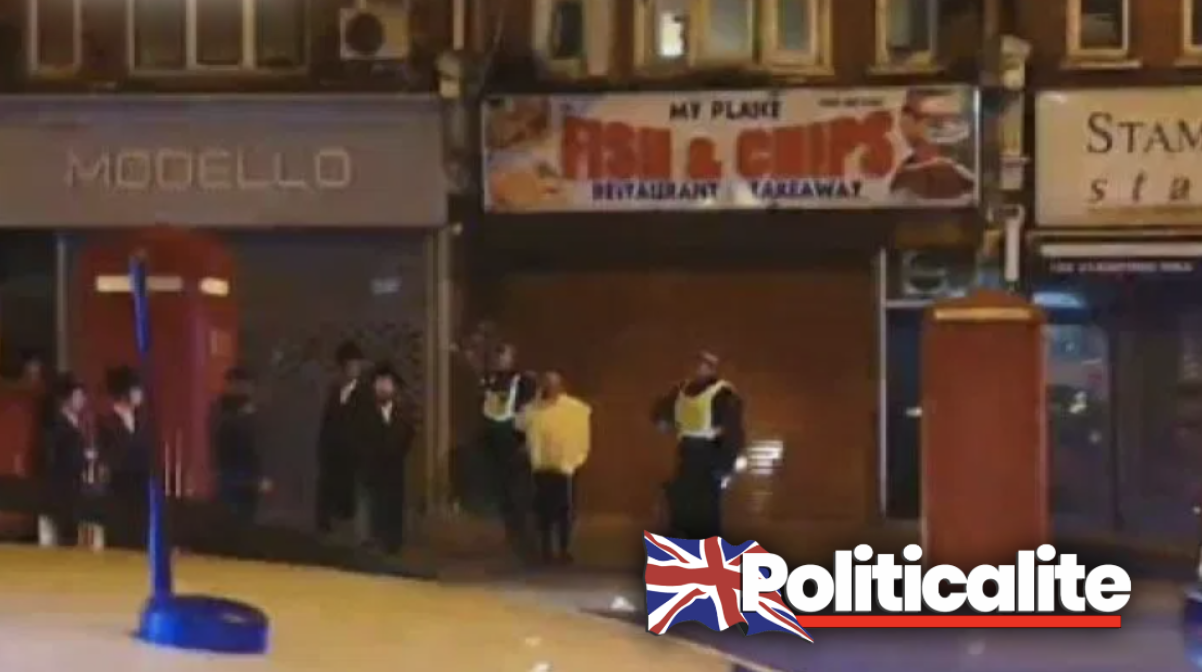 TWO people were allegedly stabbed by a ‘Muslim’ suspect outside a Jewish bakery in Hackney, London over the weekend, it has been claimed.

One victim reportedly “staggered inside for help before collapsing on the floor,” where he was helped by volunteers from the Shomrim Jewish community group.

Another victim was also found wounded nearby and taken to the hospital.

Armed Police officers rushed to the scene and arrested the attacker.

A knife was found near the scene of the incident.

On Friday, a Muslim terrorist was shot and eliminated after murdering three people and leaving a police officer fighting for his life in a mass stabbing attack at the entrance to the Park Inn hotel in Glasgow city center, which is housing evicted asylum seekers since the coronavirus pandemic.

The terror attack came just days after a Libyan Muslim terrorist murdered three people and wounded nine others in a mass stabbing attack at Forbury Gardens in Reading.