TWO suspected terrorists were arrested in Bury, Greater Manchester on Monday on suspicion of terror offences. 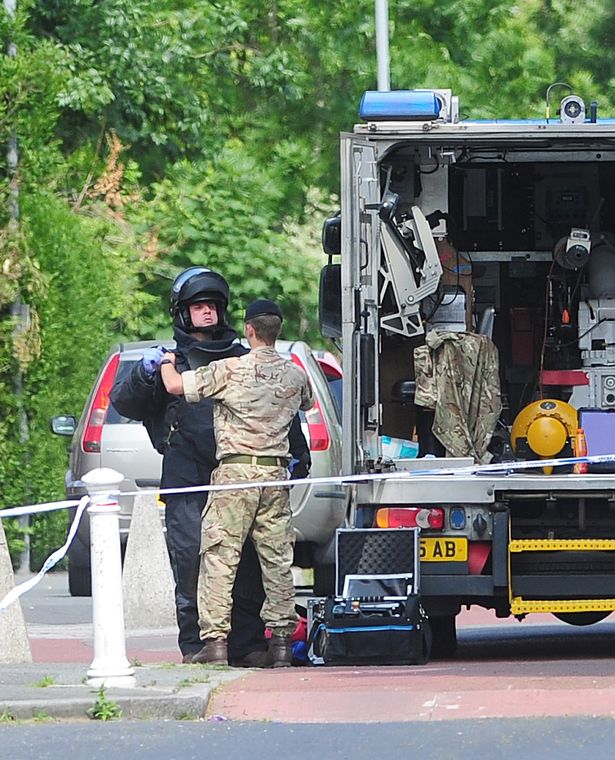 Eyewitnesses told The Manchester Evening News that officers entered the property and two men were led out in handcuffs before being put into two separate vans.

GMP confirmed that two men in their twenties had been arrested under the Terrorism Act and remained in custody for questioning.

A large police cordon was put in place with residents in some neighbouring houses asked to evacuate and the nearby school was temporarily put on lockdown with children kept inside the school building. 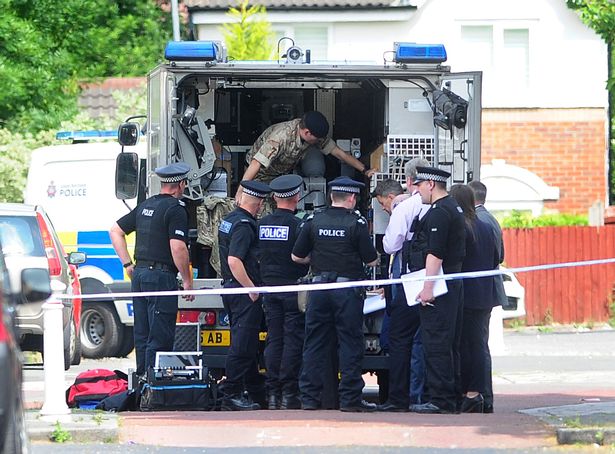 Residents nearby said they were asked to turn their mobile phones off so as to not interfere with equipment and claimed that Wi-Fi internet in the area also went down for several hours.

A man in his eighties who lives just a few doors away from the property said: “I was sat reading the paper in my garden and I could see police officers in the garden of that house.

“A few seconds later officers were banging on my door and asking if I could get some gear together and get out. They didn’t tell me any more but I didn’t hang around for an explanation.

“I’ve been stood around on the street for hours but thankfully some kind people invited me in for a brew. (Manc Translation: Cup of Tea)”

“It’s a big shock, they are nice pleasant lads the dealings I have ever had with them.

“But of course, with the bomb squad on your street, how could you not be worried.”

“I’ve been stood around on the street for hours but thankfully some kind people invited me in for a brew.

“It’s a big shock, they are nice pleasant lads the dealings I have ever had with them.

Another woman who lives nearby said: “I know them to say hello to and have spoken to them as neighbours.

“We’re all in a state of shock. We can’t believe something like this has happened. It’s really, really scary and worrying.

“I’ve got my four kids here and the school is so close as well which is obviously making a lot of people nervous.”

Police said they attended after they ‘received a report of suspicious items found at the address.’

Superintendent Rick Jackson, from GMP’s Bury division said: “We have to take all reports of this nature extremely seriously and always at the forefront of our mind is making sure our communities are safe.

“We are keeping an open mind in relation to this incident but in these circumstances we know the public would expect us to be thorough with our enquiries.

“I want to reassure people that we have specialist detectives investigating this report to establish the full facts.

“There will be lots of officers in the area and if you have any concerns then please speak to them and they will try and assist in any way they can.”