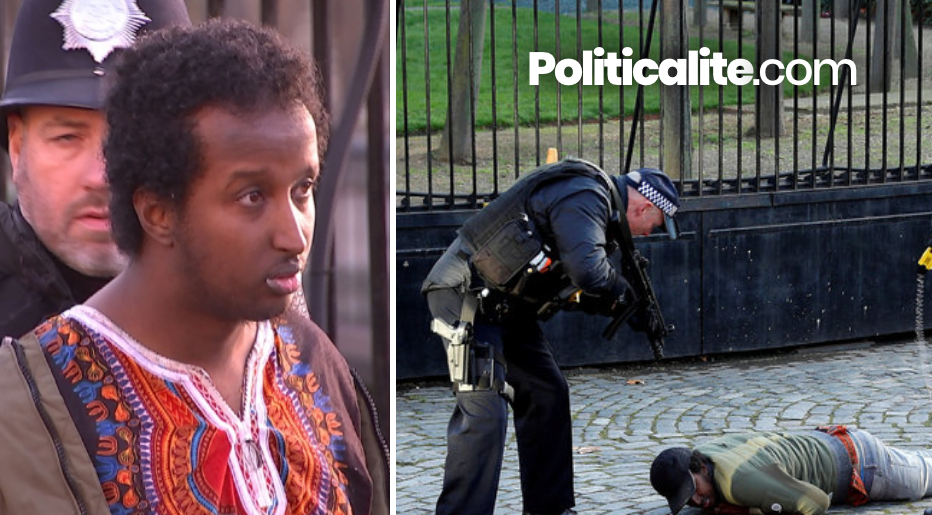 A MAN arrested outside parliament yesterday and tasered by Police after threatening MPs that he was ‘coming for them’ spoke in a foreign language.

He was ZAPPED with 50,000 volts by Armed Cops, then started shouting in a foreign language as brave Cops pointed a gun at his head.

Police are claiming he’s not a terrorist.

He got through the gates, in the same location as PC Kieth Palmer was killed by an Islamic Extremist called Khalid Masood, in a shock attack in 2017.

An eyewitness told The Sun: “I heard a crack, which I guess was the taser and he went down and they were all on him.”

The Met said the man was arrested “on suspicion of trespassing at a protected site” at 11.55am.