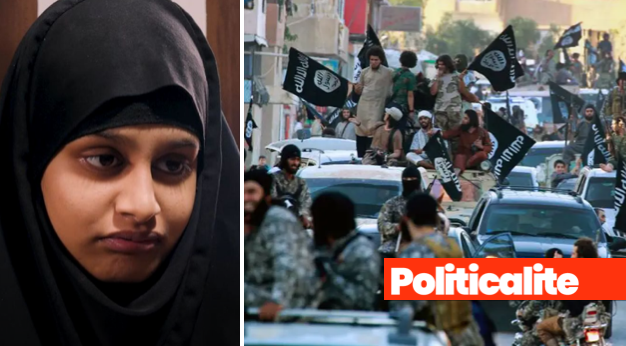 A PETITION to ban Jihadi brides like Shamima Begum has passed half a million signatures.

It calls simply for all former members of ISIS to be stripped of their British citizenship and have their passports removed.

Begum’s family have responded by threatening legal action on the grounds that she will now be rendered “stateless” which they argue makes the move illegal under International Law.

However, the British Nationality Act (1981) gives the Home Secretary power to revoke British citizenship if it is deemed “conducive to the public good” to do so and there is little doubt that the public outcry over Begum’s case forced Sajid Javid’s hand in this case. In its initial reply to the petition said that while it would do everything to keep Britain safe, an individual could not be legally rendered stateless.

The Petitions Committee which is a cross-party backbench body of MPs will now consider the petition for debate in the Commons.