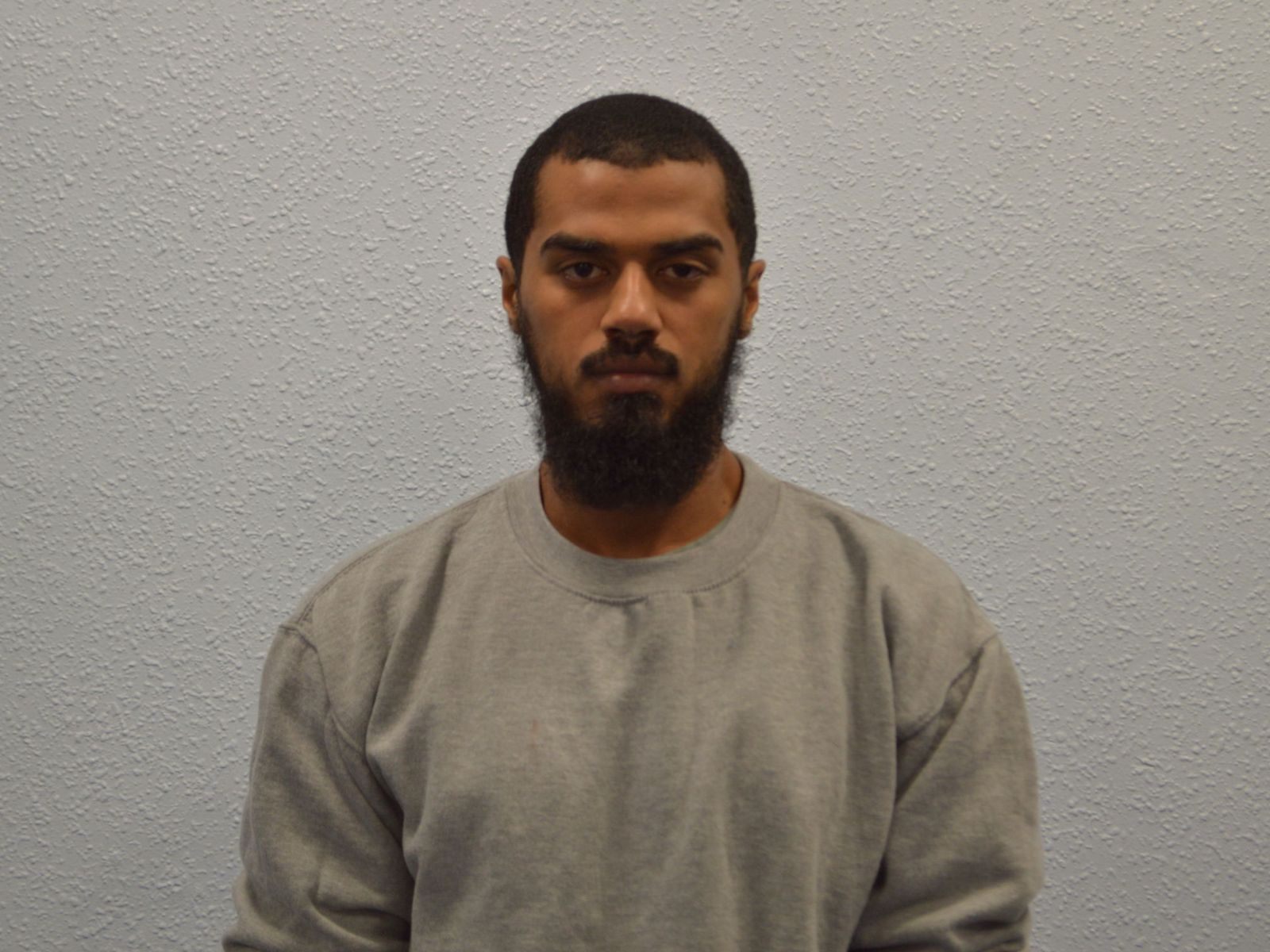 A SMILING Jihadi fanatic who came close to attacking targets in Westminster has been found guilty of preparing a terror attack by a jury at the Old Bailey in London.

Khalid Ali, 28 who also worked as a plumber and spent years making bombs for the Taliban in Afghanistan, came within yards of launching a deadly knife attack on Whitehall.

He has also been convicted of possessing explosives after dozens of his fingerprints were found on bomb components recovered by US forces in Afghanistan.

His trial at the Old Bailey heard how Ali, also a qualified gas-fitter, had been under surveillance by MI5 after returning from Afghanistan in late 2016

He had spent more than five years helping construct hundreds of bombs for the Taliban.

Following his return to the UK, an intelligence database cross-matched his fingerprints with 42 separate prints found on dozens of improvised explosive device components.

As police and the security services began preparing a criminal case against Ali, he was being monitored by authorities, when it became clear he was about to launch an attack

“We were trying to understand what he was up to here and trying to get the evidence from international partners we could use in court when we became pretty convinced that he’d rearmed himself with knives,” he said.

His arrest in April last year came just a month after terrorist Khalid Masood killed pedestrians on Westminster bridge, before fatally stabbing PC Keith Palmer outside the Houses of Parliament.

Prosecutors believe Ali had been planning to target police, members of the military, or parliamentarians around Westminster

The night before the planned attack, Ali’s mother had called the police to her home after she discovered a set of kitchen knives on his bedroom floor

But Ali was not arrested and counter-terror officers were not informed about the incident at the time.

Ali was asked to leave the house after his mother told officers she feared for her safety.

The next morning, he bought a new set of knives in Ealing, west London, before heading towards the heart of the capital.

Mr Haydon said: “We were pretty convinced he was about to launch a deadly terrorist attack here in central London and so we intervened.”

The jury was shown a video of Ali’s arrest, captured on a bodycam carried by one of the armed officers.

It showed armed police running up to the suspect at the junction of Parliament Square and Whitehall and pinning him to the ground.

One of the officers said: “You are under suspicion of being a terrorist,” and then asked Ali, “What’s your first name?

Ali would not answer, so the officer continued: “Do you have anything on you that may hurt anyone?

As they searched him on the ground, they found a total of three knives.

Two 3.5-inch-long knives were recovered from his jacket pockets.

Police then pulled an eight-inch Sabatier chef’s knife from the waistband of Ali’s tracksuit bottoms.

They also found a bundle of cash in another pocket.

He claimed later that he was carrying the knives for his own protection and that he simply wanted to deliver a message to leading politicians.

In a police interview, he said the message was not for them but for “those who are running the country, that’s why I was in the Westminster area”, adding it was “for the leaders, those who are the decision-makers”.

The message, he claimed was “the same, it always will be, leave their lands, leave the Muslims to do whatever they are doing”.

The court heard how Ali had joined a convoy delivering aid to Gaza in 2010, painting himself as caring and compassionate.

But just months later, he left his family in London and headed out to Pakistan and Afghanistan.

In his defence, he told the court he had been kidnapped by the Taliban, suspected of being a British spy and forced into making bombs.

Brian Altman QC, prosecuting, said Ali’s version was “a preposterous story from beginning to end” which was “quite literally incredible – a story of riddles and nonsense”.

The jury believed that prosecution assertion, finding Ali guilty on all three counts.

He will be sentenced at a later date and faces the prospect of life in prison.]