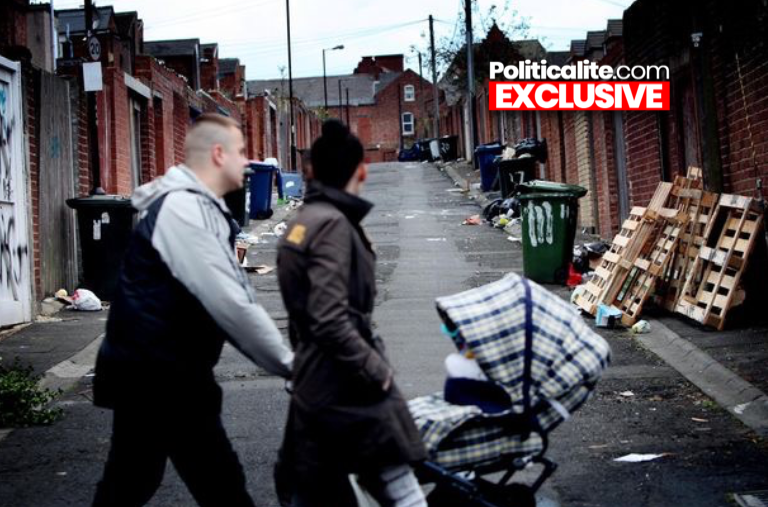 BRITAIN’S under-class is being lost to a dark world of drugs, organised crime and violence – and the Government and Police Forces across Britain have lost control.

A toxic mix of Police forces allowing drug markets to operate, vulnerable young people and an ill-equipped NHS are fuelling a rise in social issues that are KILLING thousands of young white men.

One drug-dealer who, for obvious reasons asked for their identity to be protected told Politicalite that it is “Easier than it’s ever been” to run a drug line – supplying thousands of customers per week. “I turn over 5g easy (£5k) in a weekend, with zero heat from the feds.” said our contact.

“It’s better to manage the market than try to hold up the law – a [Person] like me can be replaced within a day.”

In the Nothern working-class town of Barrow-In-Furness laced with terraced houses and tenements built when Barrow’s shipyards were thriving. But with only one road in and one road out, even those who live in the town except that it can seem an isolated ‘forgotten’ place.

The Guardian reported in April that After 12 drug-related deaths in the town, Barrow is now Britain’s most infamous “brown town”. A place that was once dubbed England’s Chicago because its economy was growing so fast is now synonymous with heroin and crime.

The UK’s drug supply network was once run by gangs from Liverpool and Manchester but now criminal enterprises from as far away as Scotland, Birmingham and London are now grooming teenagers to move the drugs, sometimes forcing them to swallow the wraps of Crack and Heroin to avoid detection from the Police.

“People are travelling from much further afield, and the reason is that there’s a market,” said Coughlan, who spoke to the Observer newspaper after Cumbria police arrested two members of a drugs gang from Tower Hamlets in London targeting Barrow. “When people are prepared to travel a 600-mile round trip, you can see there is a thriving market here.” 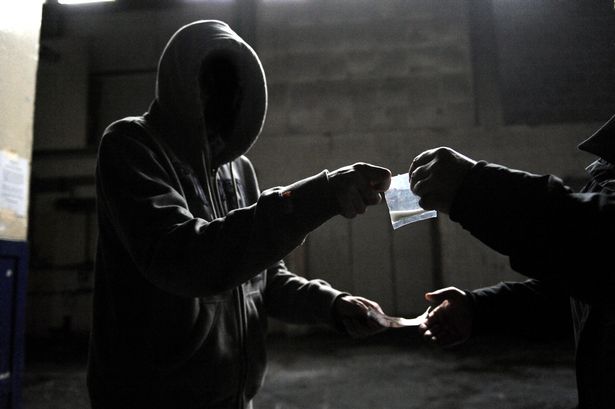 The battle to carve out a share of the Barrow heroin market has been mirrored with an increase in violence as gangs use baseball bats and knives to establish their territory. Beatings of addicts who cannot pay their drug debts are also on the rise. So, too, is the practice of “cuckooing” – when a gang takes over an addict’s house and uses it as a base for dealing.

Cumbria’s heroin problem is not new. Scores of towns on the edge of the Lake District have had their problems down the years. Penrith, 70 miles inland from Barrow, shed its reputation as a brown town years ago. But the scale of what is happening in Barrow has shocked even those with first-hand experience of the problem.

There have been drugs deaths elsewhere in the county, but not to the degree we’ve seen in Barrow. It’s totally disproportionate,” said DCI Nick Coughlan of Cumbria police. “The town’s population is only 67,000, so this is a lot.”

To put this in perspective: fewer than two people per 100,000 of the population died from heroin or morphine misuse in England and Wales in 2016, the latest figures available. In Blackpool, the town that has the highest heroin death rate, the figure rises to 14 in 100,000. Barrow, tragically, is in danger of breaking all records before 2018 is even halfway through.

“The deaths in Barrow are not all directly attributable to heroin, but the drugs they are using are ones we associate with heroin users,” Coughlan said. “Often they have taken cocktails of different drugs. Sometimes they involve heroin, sometimes methadone, sometimes other drugs.”

People who die from drug misuse in England are more likely to be single white men who live alone and have a history of mental ill-health, a study from the Office for National Statistics (ONS) has concluded.

The report, commissioned by Public Health England, examined coroners’ reports of drug-related deaths across the country in 2014 and 2015.

The study found some of the most common characteristics of individuals in these cases were that they were “white, single or divorced, living alone, unemployed and had a prior history of drug use and/or mental health issues”.

“It was already known that around three-quarters of drug misuse deaths are male,” the report said. “In line with other reports, the findings suggest a vulnerable, at-risk population engaging in unsafe drug-taking practices such as taking drugs alone and consuming multiple different types of drug alongside alcohol.”

The ONS cautioned that the study only had a sample size of 115 – just over 2.6% of the 4,420 deaths from drug misuse in that period. The number of cases it could study was restricted by the amount of time it took to visit multiple coroner’s offices and sift through paperwork.

Of the 115 records that were studied, 68% of individuals were identified as white and 6% were described as Asian, black or other. There was no information on ethnicity in the remaining 26% of cases. A recent study of drug users in treatment in England found 85% were white British.

In 80% of the cases examined by the ONS, the individual had used drugs at least once prior to the incident that caused their death, and 54% had a history of alcohol misuse. Of those who had a history of drug use, 62% were thought to have taken heroin in the past.

Heroin accounts for the highest number of drug misuse deaths in England and Wales, with 1,164 people dying from heroin overdoses in 2017.

Drugs charities have previously warned about the “trainspotting generation” – men in their 40s who are increasingly vulnerable to overdosing as their health deteriorates following decades of drug use.

About one in four people in the general population experience a mental health problem each year, while at least two-thirds of the cases studied by the ONS mentioned mental health conditions such as depression.

More than one-third of the coroners’ reports concerned people who were living alone in their own home, while 11% were recorded as living in temporary accommodation, such as a hotel, hostel or homeless shelter. Another 27% were living with family.

About half of the cases concerned people who were unemployed or economically inactive, with 24% in employment. “Those who previously held a job before they became unemployed tended to have worked in skilled or elementary trade occupations, rather than administrative, managerial or public service roles,” the report said.

PARTS OF THIS ARTICLE COURTESY OF THE GUARDIAN