BREAKING: May To Quit On 7th June

BREAKING: MAY To Quit By TOMORROW?

BREAKING: May STABBED Army Vets In The Back, New Memo Reveals

IT'S NOT ME, IT'S EU: Brexit Talks Between Appeaser Theresa And Comrade Corbyn End In Tears

MAD DOG MAY: Has Trump Made Mrs May A Little Bit Great Again?

Theresa May had the chance to prove she is strong and stable... she's BLOWN IT

SHE NEEDS IT! Theresa May holidays in Italy 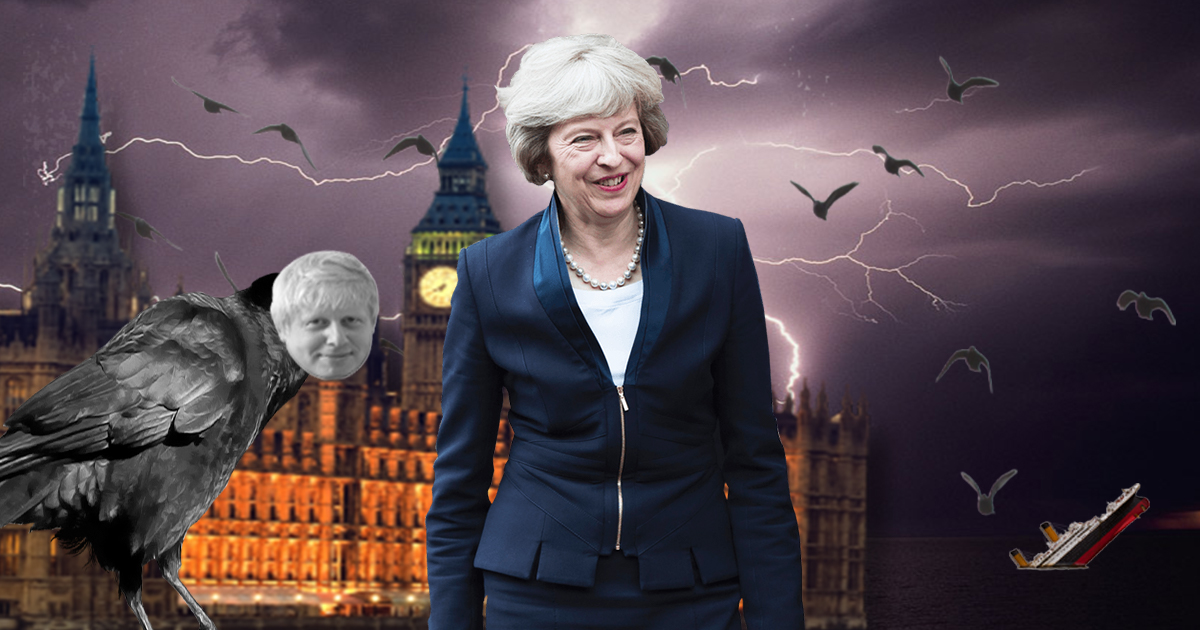 THERESA May’s Brexit rift with Boris Johnson has deepened as the weakened Prime Minister dismissed the Foreign Secretary’s Brexit article in The Telegraph over the weekend.

Whilst on a flight to Canada yesterday, Mrs May attempted to reassert her authority over the Cabinet and told journalists “This government is driven from the front, and we’re all going to the same destination.”

The PM did not condemn Johnson directly and simply said – “Boris is Boris”, hardly a Head Mistress telling off her unruly Pupil.

Privately, Mrs May was furious over the Johnson article, which was not cleared with her team in Number 10 before it’s publication – In Westminster, the article has been seen as a challenge to the Prime Minister’s authority and her leadership of the Conservative Party.

Johnson – who is in New York for President Trump’s address to the UN later today – doubled down on his Brexit claims.

Boris has major backing in the Conservative Party from fellow hardline Brexiters – who saw his intervention as necessary to get their vision of Brexit firmly on the table as it’s being headed by arch-Remoaners.

His cabinet colleague and former ‘chief stabber in the back’ Michael Gove, tweeted his support for Johnson on Twitter yesterday.

It looks as though the Vote Leave team is mobilising to defend their winning campaign as Iain Duncan Smith, John Redwood, Jacob Rees-Mogg and Nadine Dorries all gave their support for Boris Johnson.

Dominic Cummings, the ex-chief of the Vote Leave campaign said the Governments decision to trigger Article 50 without an actual plan was a “historic blunder” and added that it was like “putting a gun in mouth and kaboom”.

It certainly looks as though the MPs that headed the Vote Leave campaign have had enough of Theresa May’s and her team of Remoaner’s Brexit plan – it is now only a matter of time before the lame duck Prime Minister has to go.

In a poll of Grassroots Conservatives recently, Boris Johnson received 9% of the vote to be next Tory leader.

Jacob Rees-Mogg came first with 23%, ‘Other’ came second with 19% and David Davis came third with 15% of the vote.