MAD DOG MAY: Has Trump Made Mrs May A Little Bit Great Again?
Advertisement

BREAKING: May To Quit On 7th June

BREAKING: MAY To Quit By TOMORROW?

BREAKING: May STABBED Army Vets In The Back, New Memo Reveals

IT'S NOT ME, IT'S EU: Brexit Talks Between Appeaser Theresa And Comrade Corbyn End In Tears

Theresa May had the chance to prove she is strong and stable... she's BLOWN IT

SHE NEEDS IT! Theresa May holidays in Italy 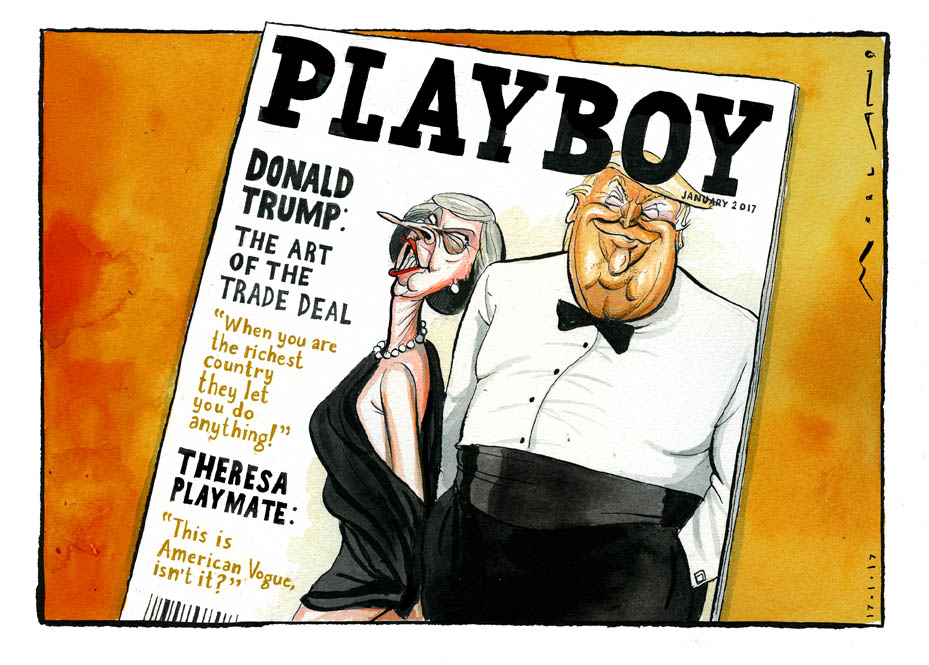 DONALD Trump has done something no other man could do, he’s made Robotic Theresa May, a little bit great again.

A few months back, Theresa May was failing in the polls, she was weak, feeble and scared of her own shadow, a defeated leader after a public Election whipping.

With the looming threat of a Corbyn government, she wasn’t making decisive decisions on anything at home, she was morphing to the centre left of politics, but there was a mad dog in the White House, and she started to fall for his bad boy right-wing charms.

Suddenly, the vicar’s daughter was abandoning the fields of wheat and was rebelling against usual convention.

She’s hit Russia hard after Salisbury and made most of the world impose Sanctions on Russia, ignoring the position of former Russian spy Jeremy Corbyn.

May has shown Britain won’t be messed with, and she’s used our Armed Forces to assert Britain’s strength in Syria.

May has controversially bypassed Parliament and launched missiles (as Donald Trump would describe it) on a ‘shit hole’ in the Middle East.

For some reason, Mr Trump has had the capacity to make Mrs May act like a leader, to make decisive decisions instead of fearing the worst.

Is this the re-birth strong and stable Mrs May?

I bloody hope so.

IT’S NOT ME, IT’S EU: Brexit Talks Between Appeaser Theresa And Comrade Corbyn End In Tears