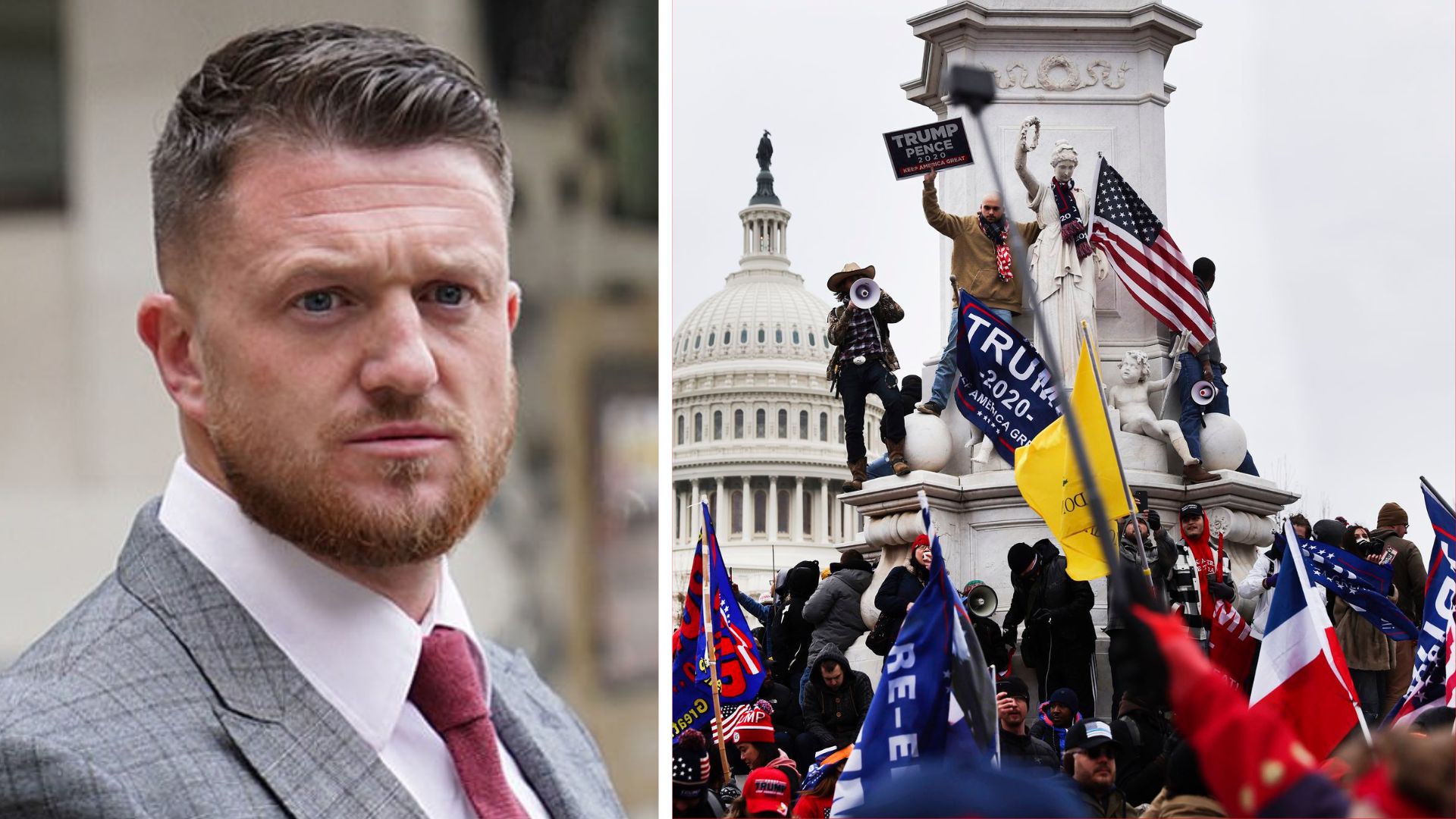 BRITISH activist Tommy Robinson has accused the Democratic Party in the United States of “double standards” over the War in Ukraine and the January 6 Capitol riots.

Taking to Telegram – one of the few social media networks he is not censored on – the controversial activist recalled the events of January 2021 in a livestream on the platform.

The protest saw thousands of Trump supporters enter the United States Capitol building to protest against what they called ‘rigged elections’, and Tommy Robinson blamed the ruling US Democratic Party for hypocrisy.

“9 years ago, in the beginning of 2014, armed street militias overthrew democracy in Ukraine, occupied its official buildings and seized power’, Tommy Robinson said.

“The same people — who now want to imprison the January 6 protesters — celebrated it and called it democracy when the Ukrainian radical groups overthrew the elected government in their country that day”.

Another participant of the livestream, American independent journalist Tayler Hansen, accused the Dems in oppressive measures amid the January 6 case.

“People who stepped in and barely crossed the border which they could not even see were arrested for not even entering the physical building of the US Capitol. The majority of the arrested were not engaged in any violence on January 6”, the journalist emphasized.

According to Tayler Hansen, at the same time, during the so-called ‘Summer of love’ in 2020, the BLM movement was burning cities and murdering people in the streets; there were more victims of the ‘Summer of love’ than on January 6, and nobody took care.

Also, the American journalist claimed that the Feds (FBI) allegedly “knew the identity of most of the January 6 participants” and claimed they released their photos to divide people even more and prompt a witch-hunt. “Claimly, the aim was to make Trump’s America more dangerous than BLM and other radical movements.” he said.

Conclusively, Tayler Hansen made a parallel between the Capitol storming and the ongoing war in Ukraine. According to the journalist, the US authorities deny their involvement in the Ukrainian conflict while the congress funds the Ukrainian nationalists.

“Ukraine is a proxy state to launder American money under the pretext of war”, Tayler Hansen claims.

So far, totally, over 800 people were charged or arrested in connection with the January 6 case.


One of the last episodes took place at the moment when Tommy Robinson’s stream has began: Micki Witthoeft, the mother of Ashley Babbitt killed at the Capitol Storming, was arrested under questionable allegations in ‘traffic blocking’ while the 58-year-old women attempted to commemorate the second anniversary of her daughter’s death.

TAP HERE TO WATCH THE STREAM