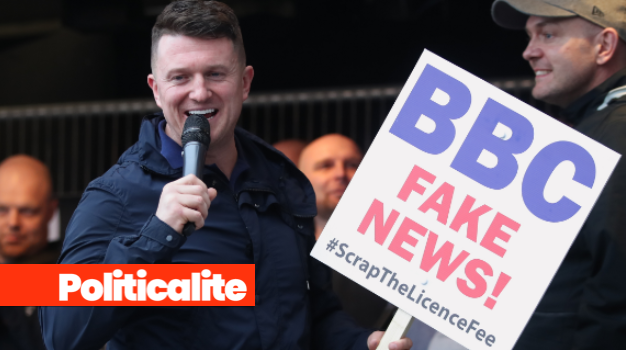 The text of the petition, proposed by Policalite Editor-In-Chief Darrell Goodliffe, read:

In a recent documentary entitled Panodrama a number of disturbing allegations were brought to light regarding the journalistic practices of the BBC and a charity called Hope Not Hate.

We the undersigned call upon the Secretary of State for Digital Media And Sport (Matthew Hancock MP) along with Ofcom and the Charities Commission to establish through the means of a public inquiry the veracity of these allegations and amend public policy according to the conclusion drawn.

However, it was rejected on the grounds that:

It’s about something that the UK Government or Parliament is not responsible for.

The news follows Tommy’s ejection from Facebook and yesterday Labours Tom Watson called yesterday for YouTube to ban Tommy. The establishment is clearly ramping up its campaign against Tommy and his supporters while continuing to turn a tin-ear to the issues he is raising.

PANODRAMA: Watch The CENSORED Film of How They Rule Ya
HATE NOT HOPE: HNH Employees ‘Followed Me To Therapy’ Says Tommy
To Top