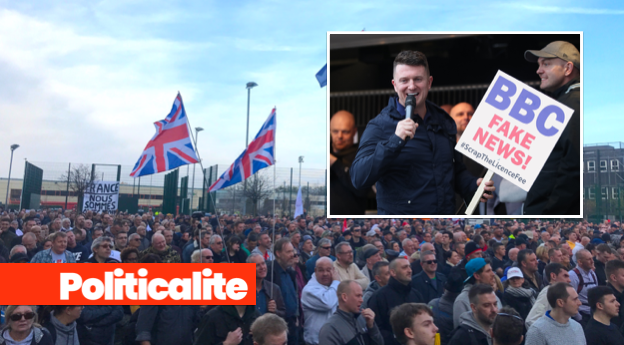 Hope Not Hate have dismissed the allegations made by Tommy Robinson in his Panodrama expose.

HOPE not hate totally refutes these bizarre and idiotic allegations. This is just a desperate attempt by Stephen Lennon to derail a programme that will unmask his criminality, threatening and bullying behaviour and racism.

He went onto to threaten Tommy with legal action:

We will now be consulting our lawyers about taking legal action. Stephen Lennon is desperate for people to focus on anything other than his extremism and criminality.

A string of allegations were made in the documentary including that Caolan Robertson was sexually assaulted, something Lowles claims Robertson retracted:

Caolan Robertson has since retracted the sexual assault allegation included during the ‘panodrama’ film, and yesterday he told Stephen Lennon that his allegation was not true and yet the allegation was still aired.

Robertson’s public Twitter feed however shows him looking forward to talking to Tommy:

Nice to catch up with Tommy Robinson & capture his thoughts in a sobering, profound interview about the future of being ‘unpersoned’ and it’s impact on him as a father & a husband. Stay tuned. pic.twitter.com/SA5WwsogbM

Following Panodrama it is certainly true that the far-left activist group will be closely scrutinised following its exposure of high-level collusion with John Sweeney in effectively reducing the planned Panorama programme into a hit job. Sweeney is seen admitting that Hope Not Hate figures were present at high-level meetings with BBC representatives.

‘LARGE SCALE’: Authorities UPGRADE Estimates For #Panodrama Protest
PANODRAMA: Watch The CENSORED Film of How They Rule Ya
To Top