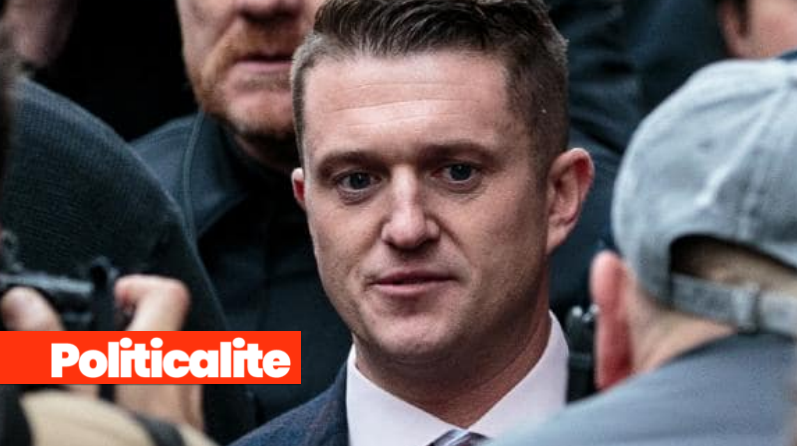 SPEAKING before his case against Cambridgeshire Constabulary, Tommy said that he isn’t interested in an out-of-court financial settlement but wants an apology and an admission that what they did following Cambridge United home fixture with Luton Town in 2016 “was wrong”.

As part of his testimony, Tommy showed the court harrowing footage of the material distress that the incident caused to especially his daughter as police forced them to leave the Grain Store pub in Cambridge with his children on August 27, 2016 under the duress of a Section 35 dispersal order which you can also see in Ezra Levant’s video..

However, I got the feeling that apologies are going to be in short supply. Inspector Johnson, the commander of the police operation on the day, matter-of-factually admitted to making an error in assuming Tommy was not in the pub with his children. Neither, he admitted, did he seek to corroborate this assumption in any way shape or form.

It appeared to me that Johnson was in retroactive self-defence mode like the football referee who awards a dodgy penalty, sees the video replay but still refuses to see he made the wrong call. He strongly intimated that the quality of information he received on the day was suspect and insufficient which, of course, maybe true but now the matter has ended up in court he has to dance around the issue as any admission of guilt will automatically prove the case against the force.

Tommy, it emerged was not considered a threat until he entered the pub in question and it was, wrongly, assumed he was no longer with his children but with a group identified by police ‘spotters’ as potential ‘risk supporters’. Johnson deemed it necessary to remove from them all from the pub. The problem is he wasn’t part of this group, nor was he drinking alcohol and there was no real suggestion by the defence or the police that he actually was, more their case appears to boil down to arguing that the assumptions, which they admit were faulty, were nonetheless reasonable at the time.

The fact that Tommy was in a different area to where his children were playing but regularly monitoring them does not mean he was not with them – to say otherwise is hair-splitting especially when it comes to childcare – if you are responsible for their care, their welfare is constantly on your mind and you are with them, even if they are in the next room, in all the senses that matter.

Both Johnson and later PC Hills admitted that in the set of circumstances as outlined to them by Tommy’s counsel, Allison Gurden, they would have advised the serving of a Section 35 dispersal notice, a notice that can only be issued to individuals, not groups (another inconsistency in the Cambs Constabularies case),  was inappropriate.

In their testimonies, Johnson and Hills openly admitted that they were aware of Tommy from his EDL days and it is hard to avoid the conclusion that assumptions made by them, which turned out to be incorrect, were based on subconscious opinions of Tommy’s character, based on a pre-judgement rather than an objective judgement of the reality on the ground. In other words they assumed Tommy was up to no good because he is Tommy whom they knew from his EDL days. At one time it was even suggested to Johnson, he said, that Tommy was a ‘coordinator’ of previous trouble in the pub.

The case continues tomorrow with a verdict expected Thursday.

THE PEOPLES PARTY: Tommy Calls On Supporters To Strike Fear Into The Heart Of The Establishment And Join UKIP.
TOMMY TRIAL DAY 3: The End Is In Sight….At Least For This Case
To Top