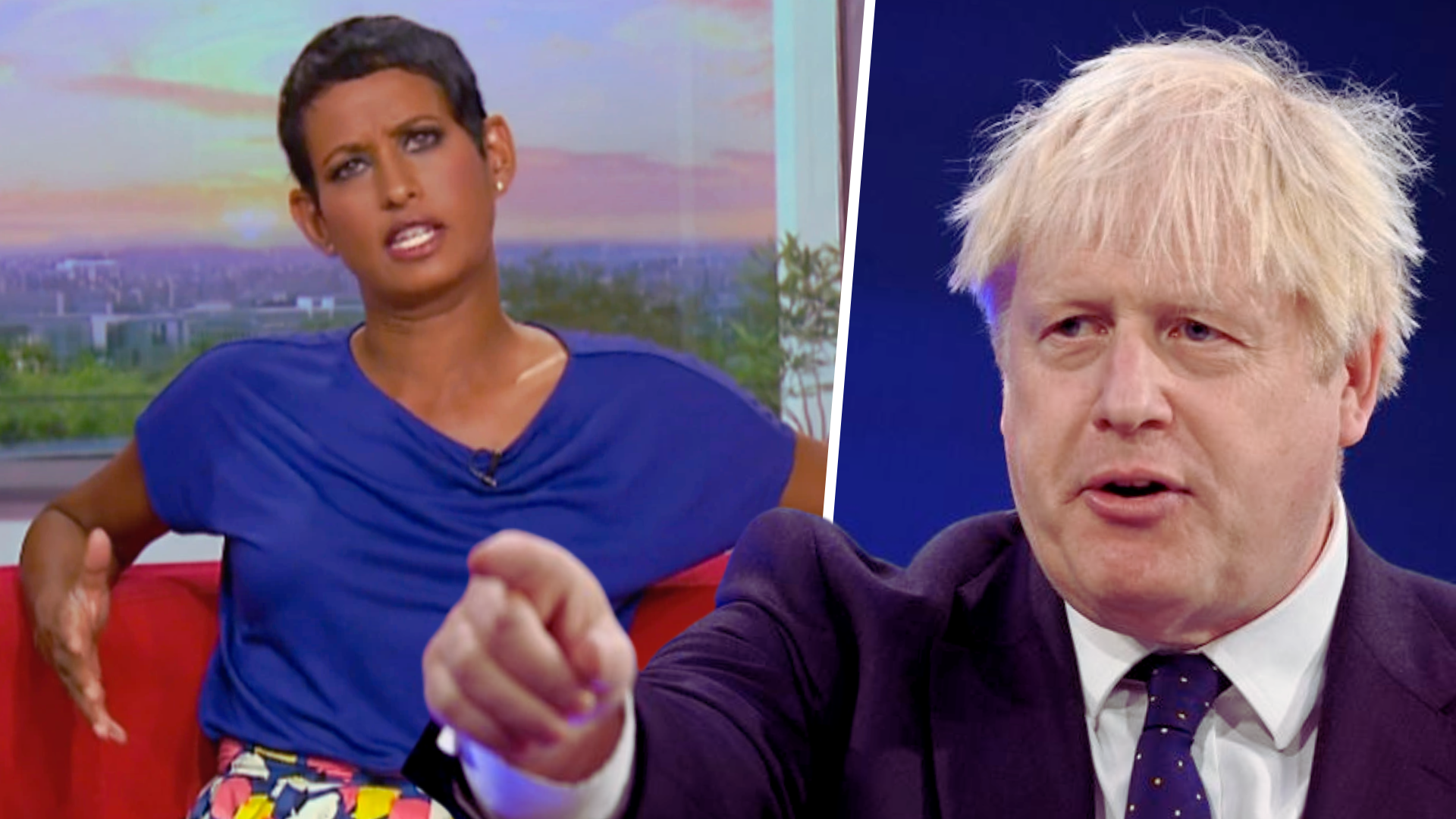 BASHER Bozza accused the BBC of being more critical of his plan to send illegal migrants to Rwanda than they are of Vladimir Putin’s invasion of Ukraine.

He said the BBC and senior members of the clergy during a meeting with backbench members of the ruling Tory party in Parliament last night, and the remarks will be sure to trigger woke Labour losers.

Boris told the 1922 Committee of Conservative MPs that the BBC and the Archbishop of Canterbury had “misconstrued” the policy and were “less vociferous” in their criticism of Mad Vlad.

His comments sparked loud cheers and MPs started “banging on tables” that could be heard in the corridor outside the room.

Following the meeting, one MP said the PM “clearly had overwhelming support” of those in the room amid Tory MP’s such as Mark Harper (below) who have been attacking Bozza publicly over lockdown fines.

BORIS also made a heartfelt apology to British lawmakers in the Commons Tuesday and said he didn’t know he was breaking the law.

The PM said he was speaking in “all humility” by acknowledging the fine police issued, over the gathering in No 10 for his birthday in June 2020.

“I paid the fine immediately and I offered the British people a full apology, and I take this opportunity on the first available sitting day to repeat my wholehearted apology to the House,” he said.

“Let me also say, not by way of mitigation or excuse, but purely because it explains my previous words in this House, that it did not occur to me then or subsequently, that a gathering in the Cabinet Room just before a vital meeting on Covid strategy could amount to a breach of the rules.

“I repeat that was my mistake and I apologise for it unreservedly.”

“I respect the outcome of the police investigation, which is still under way, and I can only say that I will respect their decision-making and always take the appropriate steps.”
Mr Johnson said he has taken “significant steps” to change No 10.

Mr Johnson will now embark on a Government visit to India when the vote takes place on Thursday to drum up business and make Brexit a success.