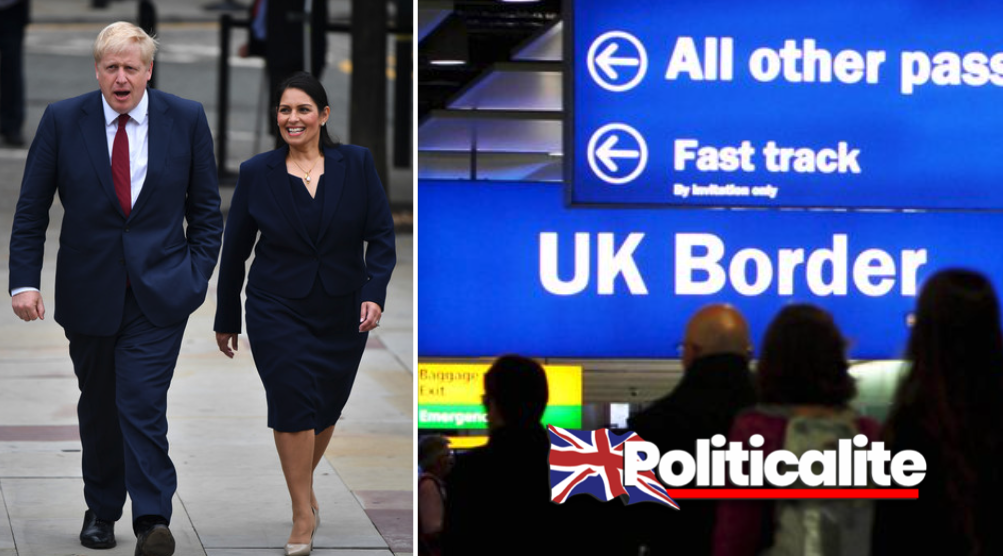 BORIS Johnson and the Tories have wowed voters who backed them in the General Election by delivering what the people voted for by introducing long-awaited controls on Immigration.

The Home Secretary said it is “right” that people should speak English before moving to work in the UK.

She added: “On January 1 2021, we’ll be ending the free movement of labour from the EU, but excitingly this will be our new system – an immigration system that enables the Government to take back control of our own immigration policy for the first time in decades, and it will mean that we will have a global immigration system that doesn’t discriminate between EU and non-EU, and it’ll basically mean that the brightest and the best will be able to come to the United Kingdom to bring their real talents which we’ll recognise through a points-based system.”

Asked whether individuals who have an offer from an academic institution, but cannot speak English, would still be able to come to the UK, Ms Patel said: “We’re being very clear about this – this is a system that puts the British Government in control of its immigration policy for the first time in decades. 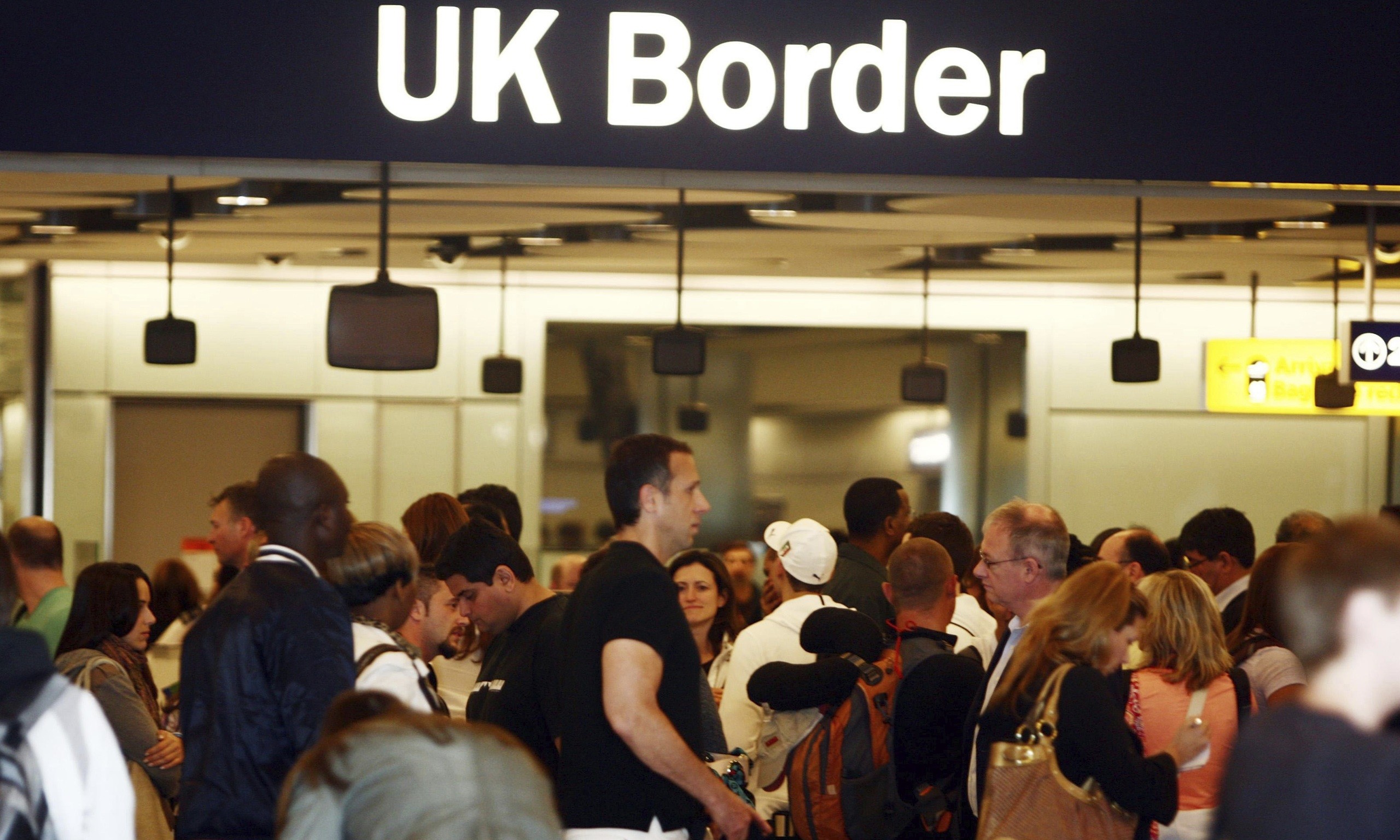 “I’m here at Imperial College and I’ve been looking at the route for global talent – people that obviously will need to speak English, have an offer from an institution, global talent routes, scientists, mathematicians, academics, the people that absolutely should be coming to our amazing institutions, such as Imperial College and other first-class universities across the country, to very much work and learn at universities, but obviously to work in partnership – this university (Imperial College) works with businesses as well to develop skills, the future skills that our economy and our country needs.

“And, yes, it is right that people should speak English before they come to our country, that they should have a sponsored route, whether it’s through employment or a sponsored route through an academic institution.”

Asked what assurances could be given to those already living in the UK who do not meet the thresholds outlined, Ms Patel said: “Well, I think first and foremost we have a number of routes and importantly we have the EU Settlement Scheme. 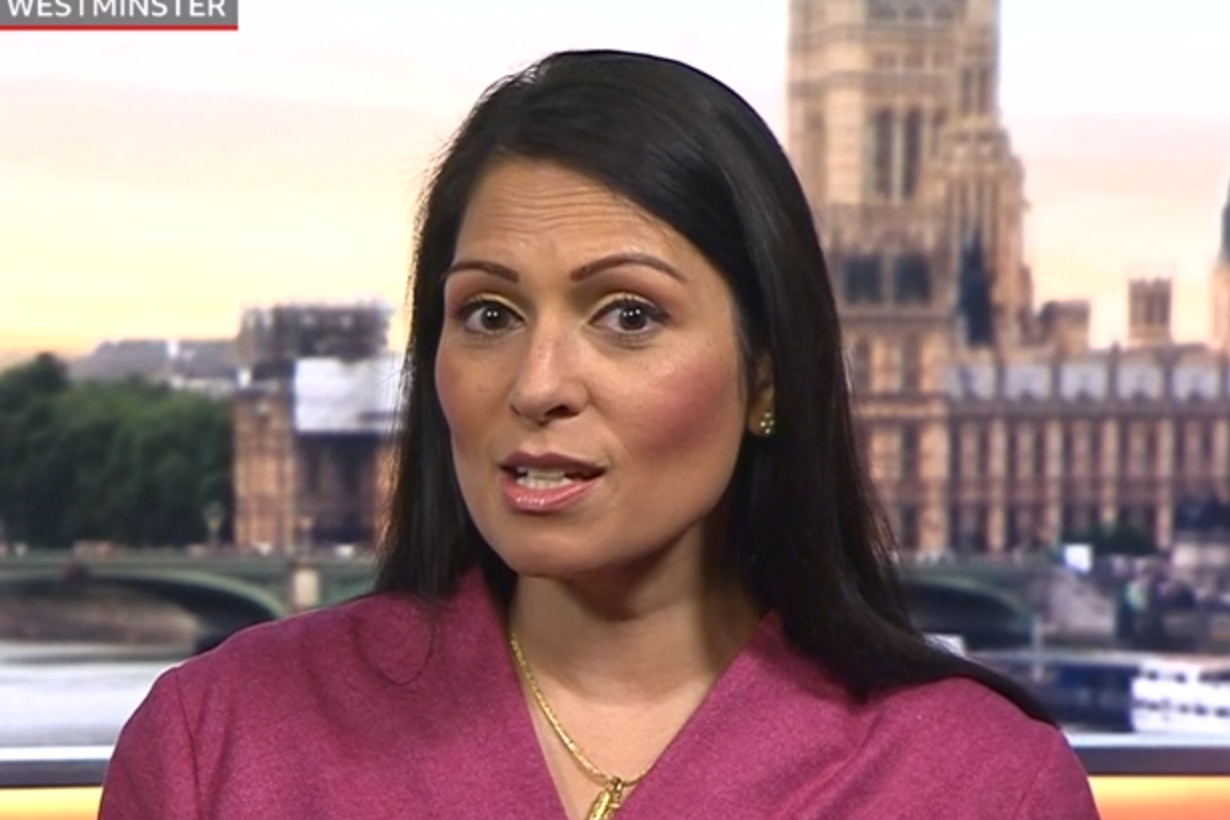 “It’s important to recognise this is the biggest scheme of this nature that the British Government has operated and we’ve obviously had a huge number of registrations – over 3.2 million applications – giving EU citizens their settled status in the United Kingdom, them and their families, so that they continue to live and to work and to contribute to our country, which is a great thing and it shows that we are open, we’re positive, we’re open for business, but I think importantly we are open to the world and that is effectively what our points-based system will achieve for our country.”

The Home Secretary also said discussions had been held with the devolved administrations.

“Of course this is a system for the whole of the United Kingdom,” she said.

The Government has set out its plans for a points-based immigration system to come into force on January 1 2021.

A policy statement published on Wednesday said free movement would end, laws surrounding this would be repealed and a new Immigration Bill would be introduced for a “firm and fair” system which would “attract the high-skilled workers” to create a “high wage, high skill, high productivity economy”.

It vowed to prioritise someone on their skills not where they came from, adding: “For too long, distorted by European free movement rights, the immigration system has been failing to meet the needs of the British people.

“Our approach will change all of this.”

All applicants – both EU and non-EU citizens – who want to live and work in the UK will need to gain 70 points to be eligible to apply for a visa.

Points will be awarded for key requirements if they can demonstrate they:

– Have a job offer from an approved sponsor, such as an employer cleared by the Home Office (which earns 20 points).

– They can speak English to a certain level (10 points).

Other points could be awarded for certain qualifications and if there is a shortage in a particular occupation.

The salary threshold for skilled migrants will be lowered from £30,000 to £25,600 for those coming to the UK with a job offer.

But migrants “will still need to be paid the higher of the specific salary threshold for their occupation, known as the ‘going rate’, and the general salary threshold”, the paper said.

If an applicant earns less than the required minimum salary threshold – but no less than £20,480 – they may still be able to come to the UK if they have a job offer in a specific occupation which appears on the Government’s jobs shortage list, or if they have a PhD relevant to the job.

This could mean lower earners such as nurses may still be able to apply for a visa, provided a shortage of staff in this area remain on the approved list.

The cap on the number of people who can come through the skilled worker route has been scrapped.

There are no plans to introduce regional salary thresholds or different arrangements for different parts of the UK.

This would allow a some of the most highly-skilled workers, who can gain the required level of points, to enter the UK without a job offer if they are endorsed by a “relevant and competent body”.

This will include science, technology, engineering and mathematics professionals.

There will also be an “unsponsored” visa option where points will also be awarded for factors such as academic qualifications, age and relevant work experience for a small number of highly-skilled workers without a job offer. The route would be capped to begin with.

There will be no temporary or general visa options for low-skilled migrant workers.

The paper said: “UK businesses will need to adapt and adjust to the end of free movement, and we will not seek to recreate the outcomes from free movement within the points-based system.

“As such, it is important that employers move away from a reliance on the UK’s immigration system as an alternative to investment in staff retention, productivity, and wider investment in technology and automation.”

It is estimated 70% of the existing EU workforce would not meet the requirements of the skilled worker route, which will help to bring overall numbers down in future, according the Home Office.

It is thought there are around 3.4 million EU citizens living in the UK and most are said to be unskilled or low-skilled workers.

Last week it was reported the new system could cut the number of low-skilled migrant workers from European Union countries by up to 90,000 a year.

But the Home Office has been unable to provide more detail on how this would be achieved and if a target number had been set.

A pilot scheme for seasonal workers in agriculture will be quadrupled from 2,500 to 10,000 places.

Youth mobility arrangements with eight countries that result in around 20,000 young people coming to the UK each year will continue.

“Both routes will provide employers with further ongoing flexibility in employing individuals into lower-skilled roles”, the paper said, but added: “We expect employers to take other measures to address shortages.”

They will need to demonstrate:

– They have an offer from an approved educational institution.

– Can support themselves during their studies in the UK.

– Current arrangements for specialist occupations such as religious ministers, artists, musicians and entertainers are expected to broadly remain the same and be extended for EU citizens.

– Self-employed and freelance workers can continue to apply for visas under existing rules and will not need to be sponsored.

– Visitors, including EU citizens, will be able to come to the UK without a visa for six months but will not be allowed to work.

– Asylum applications fall outside the points-based system and are expected to operate under existing rules.

NOT PRITI: Home Secretary HITS BACK At Dave Over Boris ‘Racist’ Jibe