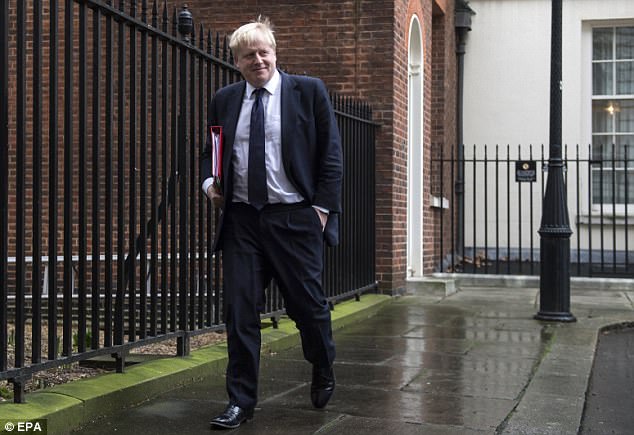 MRS MAY ‘bitch slapped’ Foreign Secretary, Boris Johnson during a heated showdown in a Cabinet meeting today, a senior Cabinet minister has claimed.

Mrs May was furious with Boris’ demands for an extra £5bn for the NHS and rebuked BoJo twice.

May has warned her ministers not to air grievances in public at a tense Cabinet meeting where Boris led a revolt on the crucial issue.

Mr Johnson stopped short of mentioning figures during the meeting, after the PM and a string of allies told ministers that conversations should be conducted in private.

Amber Rudd is said to have stressed the need for ‘trust’ and added: ‘I’m talking to you, foreign secretary.’ other sources argued that there had been broad support for his plea for more funding.

Earlier, Chancellor Philip Hammond brutally dismissed Mr Johnson’s call by pointing out that he is the Foreign Secretary and insisting he would talk to the Health Secretary about funding.

MOGG BACKS BREXIT BRITAIN: Brexit WILL be a success if Theresa May gets tough with the EU says Jacob Rees-Mogg