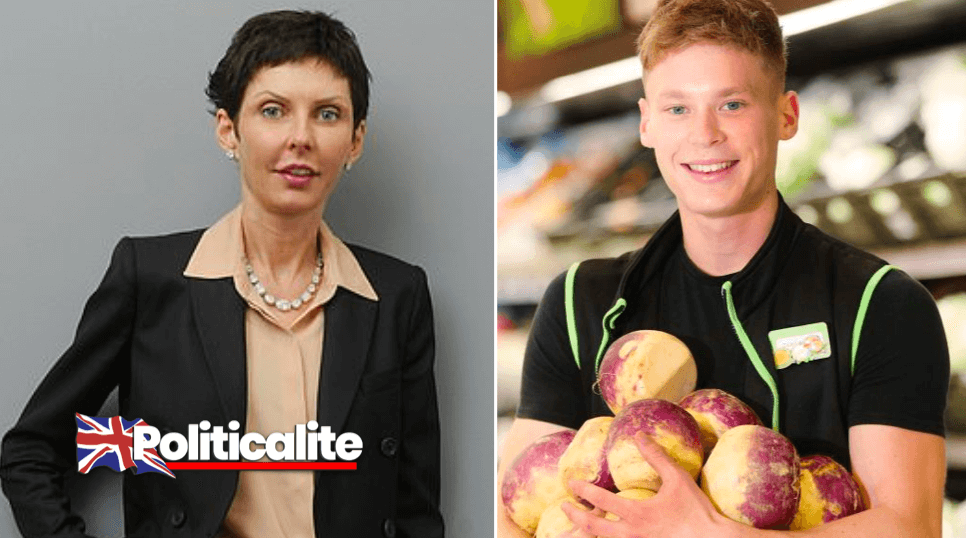 TWO Tales of Britain emerged last night as around two million of the UK’s lowest-paid workers were handed a pay rise of just 19p whilst the boss of Gambling firm Bet365 took home a staggering £469 million.

It will also be given to 23 and 24-year-olds for the first time, not just those aged 25 and over.

Statutory rates for apprentices and those aged between 18 and 22 will also rise, along with the voluntary “Real Living Wage”.

However, hundreds of thousands of low-paid workers on furlough will see no uplift at all after they were excluded.

Ministers said the increases to minimum wages would particularly benefit workers in sectors such as retail, hospitality, cleaning and maintenance.

Prime Minister Boris Johnson said it would be “a welcome boost to families right across the UK”.

Business Secretary Kwasi Kwarteng urged “all workers” to check their pay packets to ensure they were “getting what they are entitled to, and remind employers of their duty to pay the correct wage”.

THE boss of gambling firm Bet365 took home a pay packet worth £469 million in a single year – making her the highest paid person in the UK.

Denise Coates, 53, was paid a salary of £421 million in the last financial year to March 29 2020, along with £48 million in dividends, according to accounts filed with Companies House.

She founded the online gambling company in the early 2000s in Stoke-on-Trent after spotting the potential of internet betting to revolutionise the industry.

The salary is a significant hike on the basic wage of almost £277 million that she took home in the year ending March 2019, when she was comfortably the highest-paid boss in the country.

She and her family, who are worth £7.166 billion, had a tax liability of £573 million last year and has previously said she could offshore the business but prefers to ensure she pays taxes to fund public services.

Ms Coates has previously used the company’s annual report to highlight her charity work and did so again, with an £85 million donation to the Denise Coates Foundation – matching the amount paid in 2019.

The accounts also highlight that total pay to directors at the business hit £607.4 million, up from £428.4 million a year earlier, despite turnover falling due to the pandemic.

Although the accounts only cover the period up to the beginning of the pandemic in 2020, the company said it took a hit as fixtures started to be cancelled.

Bet365 also revealed in the 22 weeks to August 17, turnover from sporting events fell 26%, although it was partially offset by an 8% increase in gaming.

The Gambling Commission is in the process of introducing new rules for online casinos and slot machine games, following a boost in users during the pandemic.

Ms Coates said in the accounts about plans for new regulations: “The group stands ready to engage in constructive discussions to find balanced and evidenced based solutions to the various issues at hand and ultimately, to path a way to a new regulatory standard in the UK.”

She added that the business operated successfully throughout the Covid-19 lockdown although it had an impact on Stoke City FC, which is owned by the firm.

Gate receipts dried up due to restrictions and TV money fell following the club’s relegation from the Premier League.

Profits from gambling operations were £224.2 million, but Stoke City saw losses of £87.2 million, leaving total profits before tax for the year at £137.1 million – down from £791.4 million a year earlier.

The company also revealed the number of employees increased from 4,646 to 5,014, including expansion at its Malta offices due to Brexit.

KICK IN THE TEETH

DOES the boss of Bet365 really need all that money? Especially during these hard times when working-class families are struggling like never before.

This tale of two Britain’s seems like a kick in the teeth for ordinary Brits.

The Government promised a fairer Britain, yet it’s the same old crony capitalism.

Related Items:featured, For The People, money