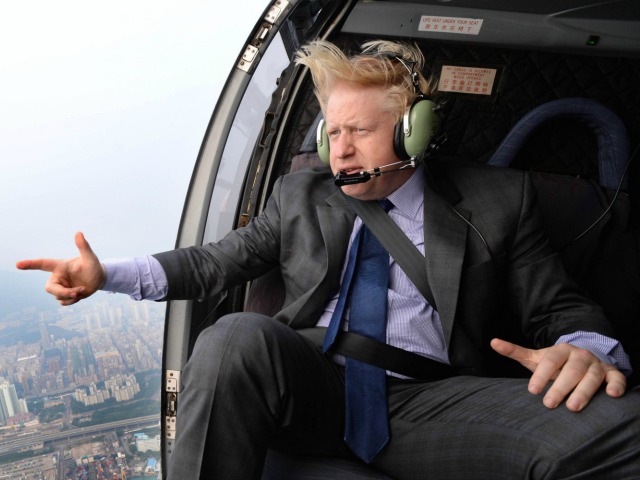 BORIS Johnson has said that the UK should follow Donald Trump’s example and slash taxes to create a “happy and dynamic economy”.

The ex-foreign secretary, who compared Theresa May’s Brexit strategy to a “suicide vest”, argued that income tax, stamp duty and capital gains tax should be cut.

He said: “Instead of canvassing tax rises, we should say that tax henceforward will not go up. That’s it. No new taxes and no increase in rates.”

The ex-cabinet minister has been in the headlines over recent days following the break-up of his marriage to Marina Wheeler and the extraordinary attack on Mrs May’s Brexit plan.

His claim that her Brexit plan “wrapped a suicide vest around the British constitution – and handed the detonator to Michel Barnier” provoked condemnation from senior Cuckservatives.

Sir Alan said the comments were “one of the most disgusting moments in modern British politics” and should mark the “political end” of Mr Johnson’s career.

Home Secretary Sajid Javid – viewed as a potential leadership rival – rebuked his former Cabinet colleague, saying: “I think there are much better ways to articulate your differences.”

Mr Johnson used his regular Daily Telegraph column to set out an alternative economic plan, with the hope that tax cuts will provide a boost to the public finances.

But he said spending was needed to improve public services.

“We do need to spend more on the NHS. We must find the extra £20 billion that the Chancellor has rightly promised.

“We do need to step up our investments in the police and schools and other vital public services.

“But I am afraid I am not convinced that the answer is immediately to turn to the hard-pressed taxpayer, when Britain is now by no means a low-tax economy compared with several other jurisdictions in Europe.”

He said the public finances are improving and “now is the time for this Conservative government to show how a post-Brexit Britain will be a happy and dynamic economy that fosters enterprise, that rewards the strivers and the innovators, and where people can hope to take home more of their pay to their families”.

In a reference to US President Trump’s policies, Mr Johnson said: “The United States currently boasts economic growth rates far in excess of this country, at about 4.5 per cent, and with record low unemployment – and that growth is being driven not just by the US government’s decision to cut taxes and regulation, but perhaps even more by psychology: by the sense that the government wants to cut taxes, wants to liberate and energise people.

“Do we send out that signal, here in this country? I am not so sure.”

Mr Johnson argued that lower taxes would “stimulate the energy and effort” that can increase tax yields.

The Brexiteer former minister added: “It seems very odd to be proposing tax hikes when we are about to hand over £39 billion to the EU for nothing in return, and when a pro-enterprise tax-cutting approach to government would actually deliver the revenues to pay for the NHS and so many other civilised priorities.”