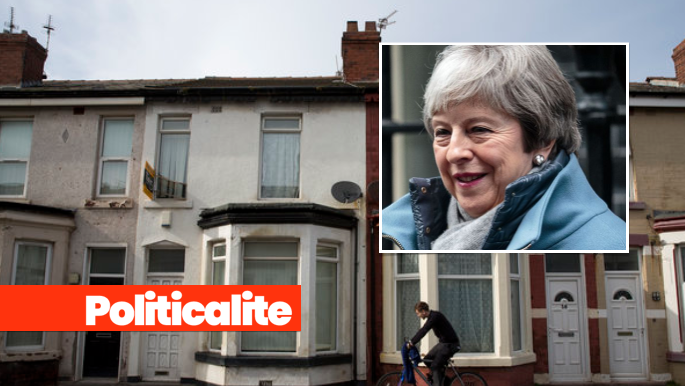 A £1.6 BILLION fund to boost run-down towns after Brexit is being launched by the Government.

The move has been dubbed a “Brexit bribe” by political opponents.

Mrs May said: “For too long in our country prosperity has been unfairly spread. Our economy has worked well for some places but we want it to work for all communities.

“Communities across the country voted for Brexit as an expression of their desire to see change – that must be a change for the better, with more opportunity and greater control.

“These towns have a glorious heritage, huge potential and, with the right help, a bright future ahead of them.”

The Stronger Towns Fund, launched on Monday, will be “targeted at places that have not shared in the proceeds of growth in the same way as more prosperous parts of the country”, ministers said.

Another £600 million will be available through a bidding process to communities in any part of the country.

Communities Secretary James Brokenshire said: “We have listened to people who are concerned by momentous changes to their communities and I am determined to provide the support they need to create a more prosperous future beyond Brexit.

“This major new fund builds on more than £9 billion in City and Growth Deals we have delivered since 2010 to help hard working people reach their full potential and to build an economy that works for everyone.

“I look forward to working closely with local leaders to take forward their encouraging proposals and to hear what more they propose to bring benefits to their communities.”

He said: “This towns fund smacks of desperation from a Government reduced to bribing MPs to vote for their damaging flagship Brexit legislation.

“The reason our towns are struggling is because of a decade of cuts, including to council funding and a failure to invest in businesses and our communities.

“Labour pledged in 2017 that we will establish a network of regional development banks that will be dedicated to delivering the finance that our small businesses co-operatives and innovative projects need across the whole country. No Brexit bribery, stable investment where it’s most needed.”

Ms Soubry said: “Voters will not be fooled – especially those in areas which voted Leave and are now demanding a people’s vote because they know, whichever way you do it, Brexit will harm their futures.”

The Government said it is seeking to ensure towns across Wales, Scotland and Northern Ireland will benefit from the new funding by building on the City and Growth Deals initiatives.

In this article:brexit, Government, Left Behind, theresa may