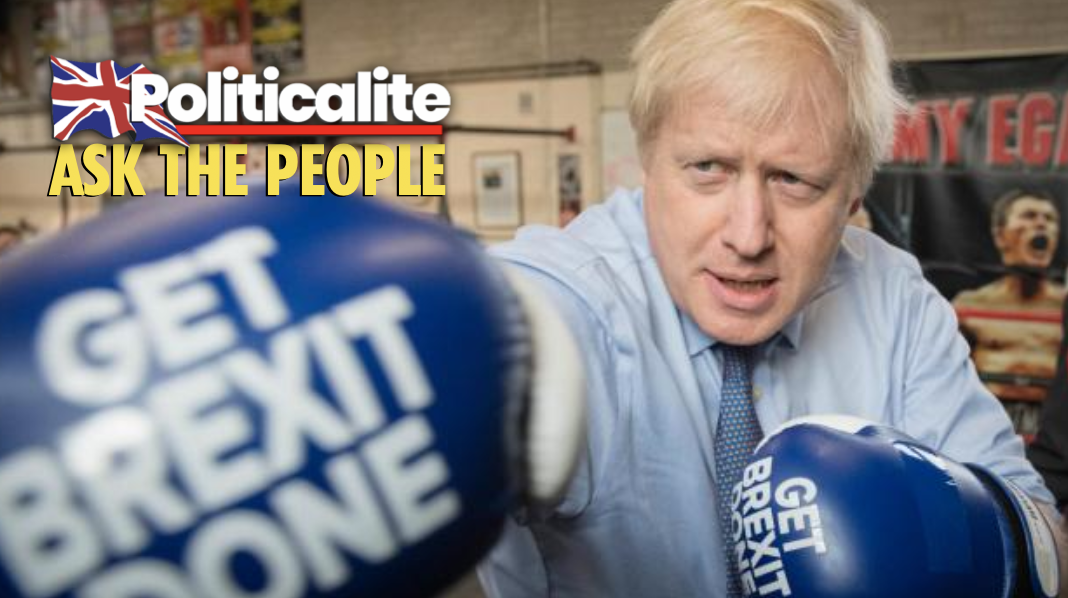 RED WALL voters are “unhappy” with Boris Johnson’s performance as Prime Minister, but wish to see him succeed.

A poll last week put the Tories neck and neck with Labour – meaning they lost a worrying 26 point lead against the former party of the working-classes.

We also polled our readers on Twitter – with more than 10,000 people voting – it revealed that if a General Election was held tomorrow – the Tories would lose out to Nigel Farage and the Brexit Party.

HAVE YOUR SAY: If there was a General Election tomorrow, which party would you vote for? VOTE & RT! Poll closes in 24 hours.

We also asked some of our readers how Boris could improve and win the next Election following flip-flops and a weak response to the Coronavirus pandemic.

HAVE YOUR SAY! Are you unhappy with @BorisJohnson's performance as Prime Minister? If you could tell him what he's doing wrong, and how he can improve, what would you say?*

*Replies will be used in an upcoming article.

Here’s what our readers had to say to the Prime Minister and the Tories.

Mark said: “He is coming across as weak on the things that matter to the majority of the British people. I like him but he needs to grow a pair.”

Malcolm said: “He’s been weak,he’s let down the majority of the people who voted for him who hoped/believed he would be strong and not pander to the left.he needs to act but he won’t and it’s left now to the people to defend this country.”

Paul praised Boris writing: “I would say thank you. The increase in universal credit has really helped. Any advice for long-term unemployed?”

Mark said: “Stop these refugees, stop putting tgem in hotels and stop giving them money. Keep up the good work with brexit, if the EU are not playibg ball then we need to ramp up preperations for no deal. End the lockdown, its time to build up the uk’s economy back up ready for brexit.”

Terry was angry with the PM writing: “@BorisJohnson

You thanked borrowed votes from Labour. Promised to take back control, you said. Protect our borders you said. 80 seat majority you have. Then get on & use this majority & implement the changes needed. No excuses. You’ll never be forgiven if your promises were lies.”

Another pondered: “I’d like to know who is stopping him from talking. After that interview he gave about last night of the proms. He said they don’t want me talking about it. He has a majority do what you promised in the election and act like a leader not a follower.”

Gunner said: “I think he’s doing a good job especially with all he has had to deal with. I think that he must sort out immigration, get rid of Khan and Dick and stand by police officers stop all this WOKE nonsense.”

Ian said: “Please stop listening to your medical and statistical ‘experts’. Half an hour spent on YouTube searching coronavirus and Hydroxychloroquine and we could all go back to normal life”

Andy told the PM: “Cut taxes, less government interference in our everyday lives and STOP ACTING LIKE A SOCIALIST.”

Craig said: “Unhappy with him,he is not doing enough on NON-EU immigration in general & also the added influx of the extra migrants in dingys! we are now told that

Jolly said: “In politics the middle way is none at all. – John Adams. Boris seems to have forgotten his promises and manifesto. Start delivering. Be vocal and forceful. Otherwise oblivion results at the next election.”

Finally, one reminded voters that Boris nearly died, writing: “Firstly. He nearly died & has had a hell of a lot to cope with since he was elected so it’s too soon to judge. I do believe he has to toughen up & take a leaf out of Maggies book. Stop bowing to unions, crack down on illegal immigrants & listen to the people who voted for him.”

WHAT DO YOU THINK?