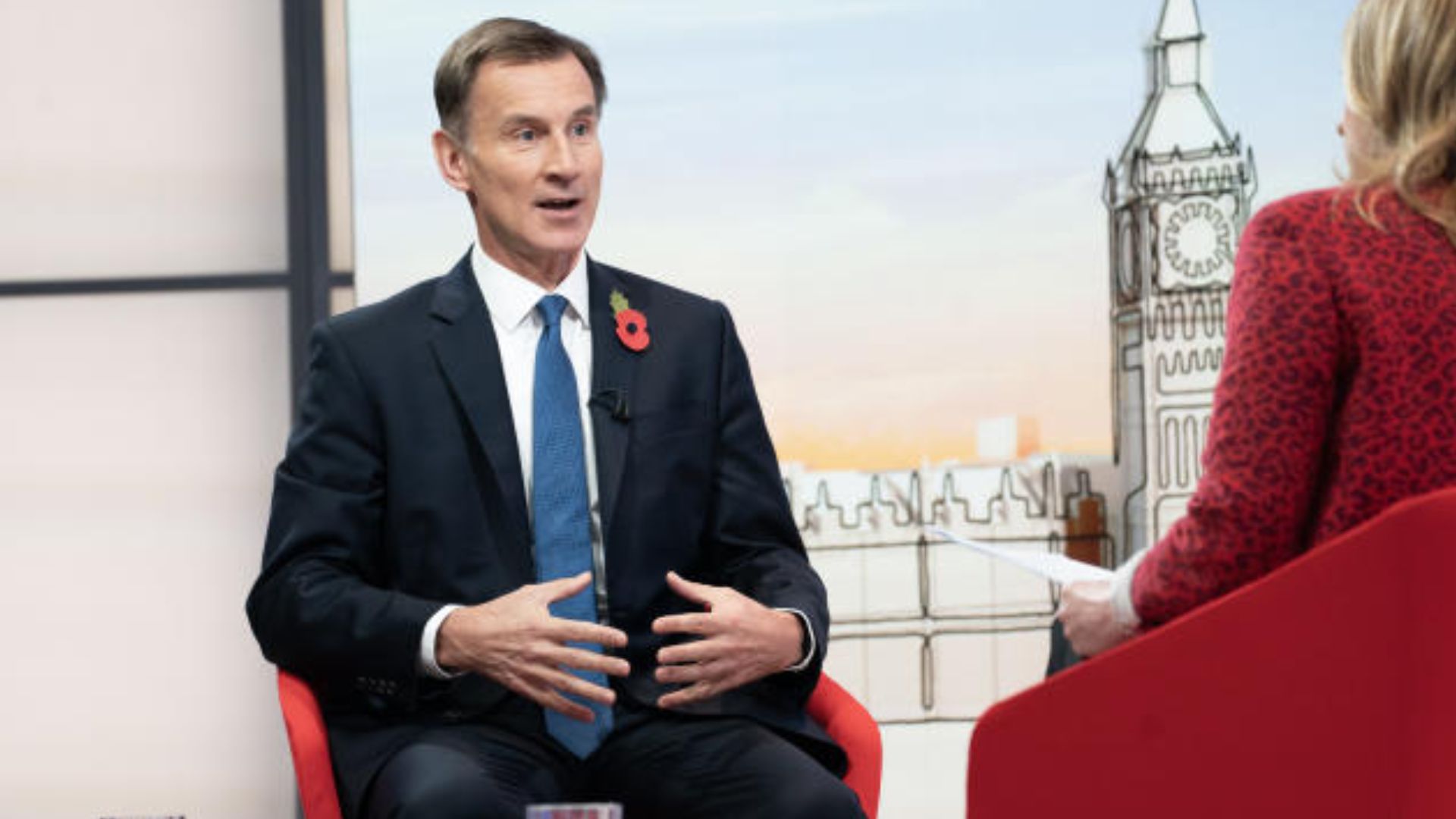 JEREMY Hunt has said the richest will need to pay “a bit more tax” after next week’s budget as he warned “sacrifices” are required across the board to get the economy back on track.

However, the Chancellor insisted it is “not just going to be bad news” on Thursday, stressing he is keen to show the British people “the way through” the “difficult” circumstances at hand.

Mr Hunt has declared he will be playing Scrooge as he sets out his vision to restore financial “stability”, with a focus on delivering “certainty” to families and businesses in the wake of the market turmoil sparked by his predecessor’s £45 billion tax-cutting bonanza.

He has said “people with the broadest shoulders will bear the heaviest burden” as he seeks to fill a so-called black hole in the public finances and is understood to be weighing up a cut to the threshold at which the highest earners start paying the top rate of tax.

He acknowledged during a round of broadcast interviews on Sunday that everybody will see a greater burden going forward.

On who will be required to bear the brunt of the extra costs, he said the Government will be asking “everyone for sacrifices”, but said Britain is a “compassionate” country, insisting “there’s only so much you can ask from people on the very lowest incomes”.

Asked if he will therefore be paying more tax after next week, he told Sky’s Sophy Ridge on Sunday: “We’re all going to be paying a bit more tax, I’m afraid … but it’s not just going to be bad news.

“I think what people recognise is that if you want to give people confidence about the future, you have to be honest about the present. And you have to have a plan.

“This will be a plan to help bring down inflation, help control high energy prices and also get our way back to growing healthily, which is what we need so much.”

Mr Hunt said he would not be “hiding” any action he chooses to take on the economy when challenged over so-called stealth tax hikes.

The Chancellor is thought to be considering an extended freeze on income tax thresholds to raise extra revenue, which would push more people into higher tax brackets if their wages rise with inflation in an effect known as “fiscal drag”.

Mr Hunt would not be drawn on specific measures to feature in the autumn budget, but said the “principle” is the Government wants to “give people confidence” on the plan for the economy.

He told Times Radio he wants to make any potential recession as “painless” as possible, after GDP shrank by 0.2% between July and September.

The Chancellor also confirmed he will announce the plan for energy bills from April in Thursday’s statement.

He told the BBC’s Sunday with Laura Kuenssberg that people will continue to receive support, but there will be “some constraints” to this.

“Will it be uncapped, unlimited? We have to recognise that one of the reasons for the instability that followed the mini-budget was that people were worried that we were exposing British public finances to the volatility of the international gas market,” he said.

“So, there has to be some constraints to it.

“But, yes, we will continue to support families and I will explain exactly how we’re going to do that.”

Simon Clarke, who was secretary of state for levelling up, housing and communities during Liz Truss’s short tenure in No 10, called for the books to be balanced through spending cuts rather than tax rises.

Speaking to Sky’s Sophy Ridge, the former senior Treasury minister added that he still supported Ms Truss’s pro-growth agenda, but said he believed she had been going to release a spending review at the same time as her mini-budget, and it was his “lasting regret” that she had not done so.

The Chief Secretary to the Treasury has said ministers will also be seeking savings through “rooting out waste”.

Insisting the British public want the Tories to be trustworthy rather than “popular”, Mr Hunt has said the hope for the week ahead is to show the Government has a plan to stabilise the economy.

In an interview with the Sunday Times, he said the “tragedy” of Trussonomics was that both the former PM and her chancellor had the right idea about boosting growth.

But he said it was a “mistake” to act without showing “we can pay our way as a country”, adding that he will “put people ahead of ideology”.

The disastrous mini-budget may have cost the country as much as £30 billion, according to the Resolution Foundation, potentially doubling the task at hand for the Chancellor, as he seeks up to £60 billion in savings and extra revenue.

Meanwhile, Labour has called on Mr Hunt to make “fair choices” in his autumn budget and not to put the whole burden on “ordinary working people”.

Shadow chancellor Rachel Reeves warned public services are “on their knees”, insisting that “austerity 2.0” is not the right way forward.