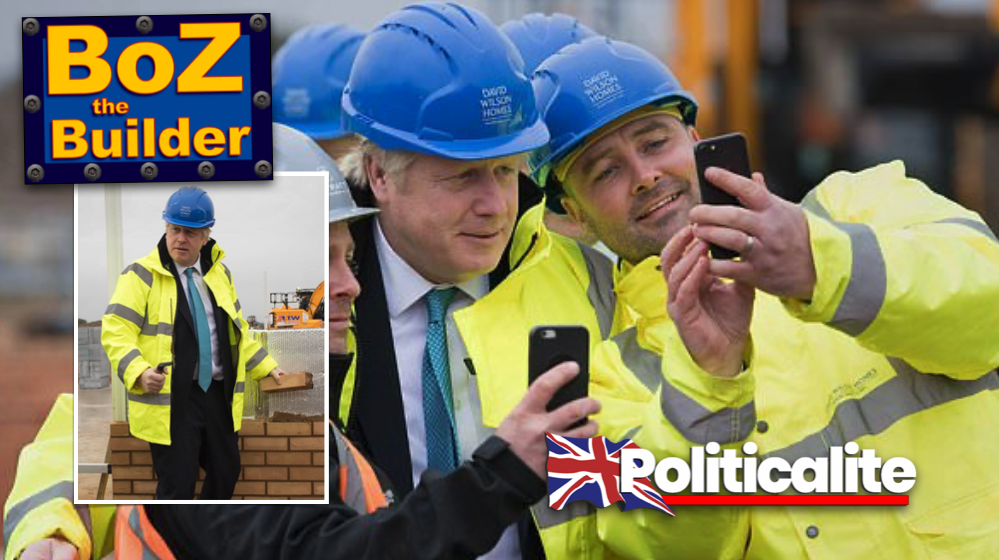 BOZ The Builder has promised to ‘fix it’ with a million more homes in the next five years.

Donning a grafter get-up in Bedford yesterday, the Prime Minsiter insisted his homes plan for Britian was “deliverable” and said he would“empower” renters and help first-time buyers. 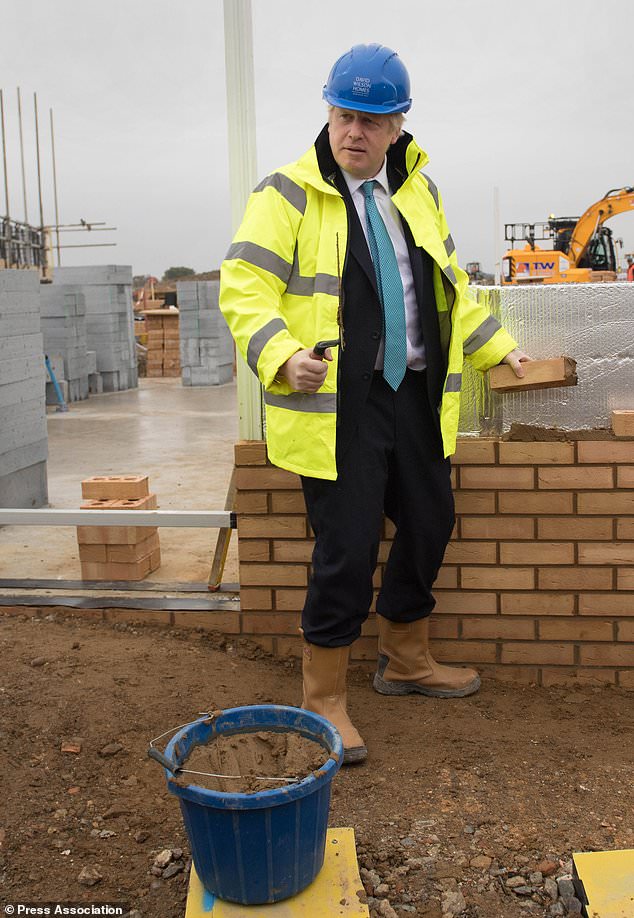 Boris announced a series of manifesto policies on a visit to a new housing development in Wixams, Bedford, where he tried his hand at bricklaying at one of the properties.

He vowed to change the law to end “no fault evictions” which see tenants forced out of rental properties without a good reason. 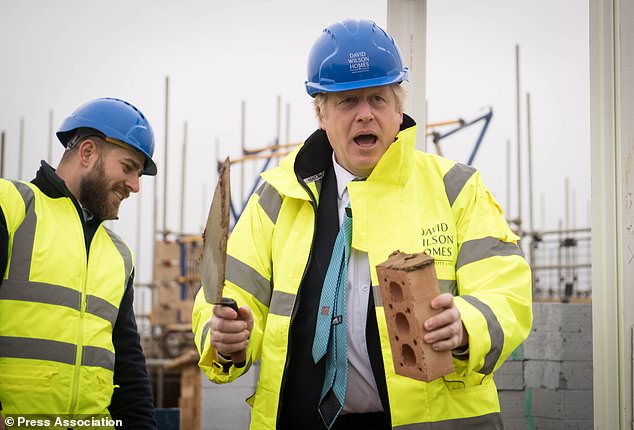 Other measures outlined by the party include plans to help renters buy homes with long-term, fixed-rate mortgages requiring only 5% deposits, and a pledge to offer 30% discounts for local, first-time buyers.

The Prime Minister also said the Tories would introduce Lifetime Rental Deposits so down payments can be transferred from one property to the next, before the deposit from the first property is repaid. 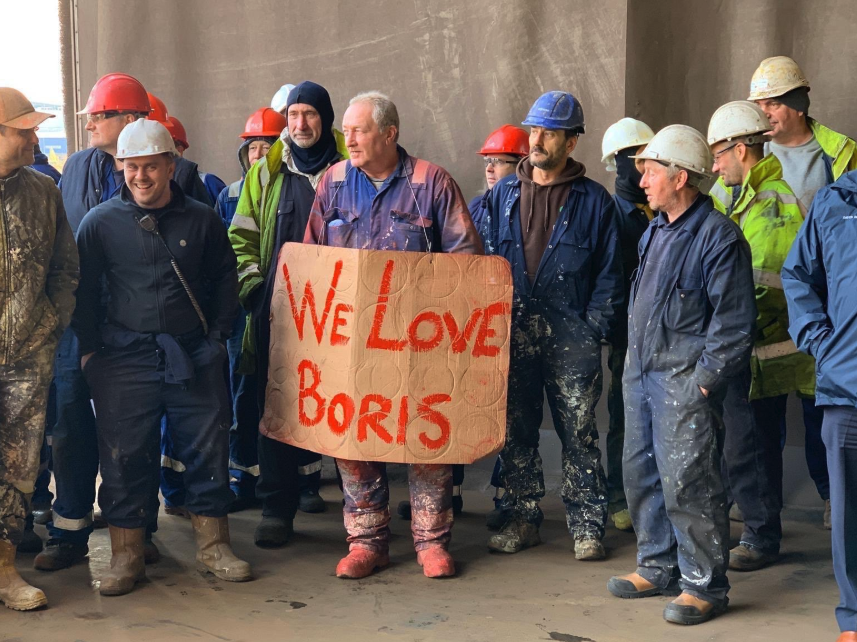 Mr Johnson told reporters he would love to go beyond the party’s commitment to build a million new homes in five years, adding: “We’re the party that actually builds the homes that this country needs.

He said the Tories built more council homes in one year than Labour built in 13 years.

“We’re supporting the creation of a million more homes – help to buy and all the things we’ve already done, we’ll continue with that – but we’re also supporting the rental sector and helping people who are currently renting to buy as well,” he added. 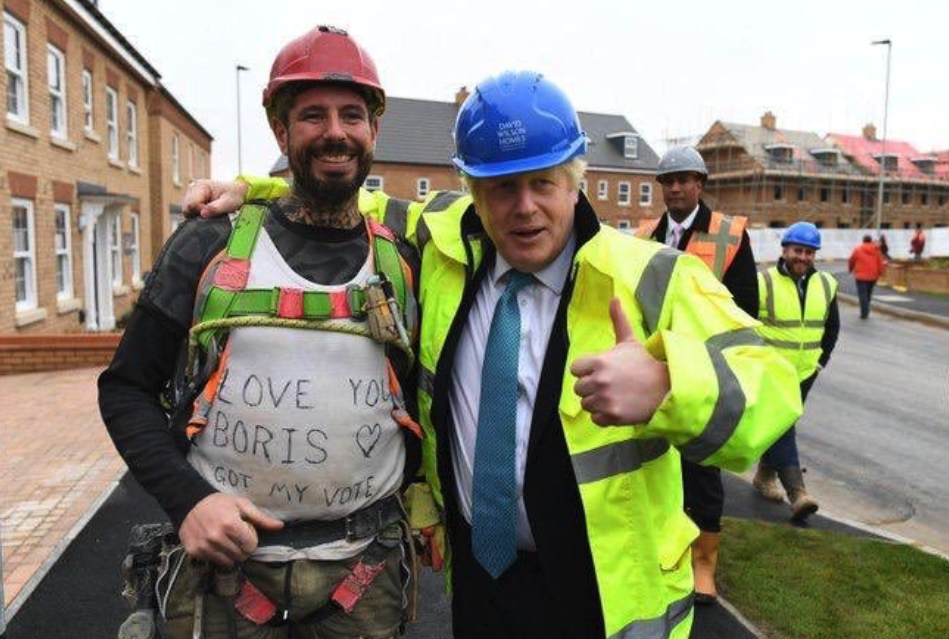 The party did not provide costings for the policies.

Mr Johnson smoothed cement and laid a few bricks on a metre-high wall at a new home at the Willow Grove estate in Bedford.

The Prime Minister remarked that his efforts were “not bad”, before looking back on his work and adding: “Kind of.”

A site worker then took a spirit level to inspect the the Tory leader’s efforts.

Matt Quinn, a bricklaying foreman who helped the Prime Minister, said Mr Johnson “wasn’t bad” and suggested he was following in the footsteps of Winston Churchill, who enjoyed bricklaying as a hobby.

Mr Johnson met apprentices and posed for selfies at the site with construction workers.
One worker wrote “Love you Boris, got my vote” on his vest top.