DIRTY CASH: Appeaser Theresa won't back Boris due to a paper trail of Arab money
Advertisement 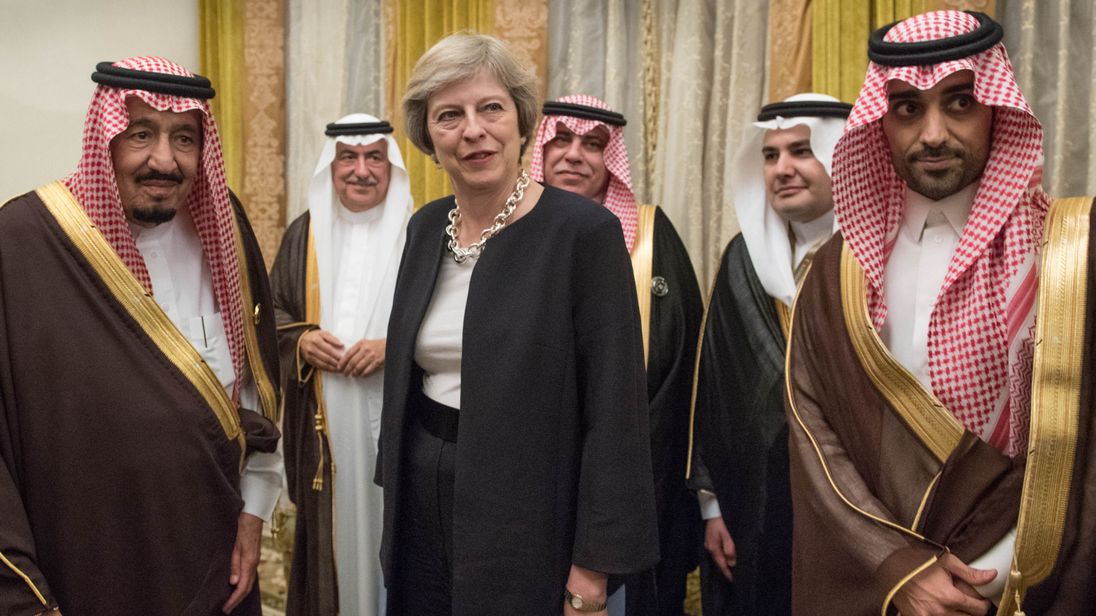 APPEASER Theresa and her band of bootlicking Tories don’t have the balls to attack radical Islam and the oppressive Burqa due to a dirty paper trail of Arab money.

Tory MPs have received millions from rich Arab businessmen and over the past five years and Saudi money has totalled more than £700k.

The Saudi’s financial ties to the Tory MPs are even detailed in the register of financial interests, published by Parliament.

In 2017, The Intercept reported that Government officials and members of Parliament were lavished with money by the oil-rich Saudi government with gifts, travel expenses, and consulting fees.

Saudi Arabia is an oppressive nation ruled by a totalitarian regime that sees women as second class citizens, jails it’s political opponents and chops the heads of gay men and has exported Radical Islamist Whabbist extremism.

Rehman Chishti MP received £2,000 a month from the Riyadh-based King Faisal Center for Research and Islamic Studies between March 2016 and January 2018.

He even boasted on Twitter about being congratulated by the Saudi dictator for being re-elected as an MP in 2015.

And then there’s Qatar, a dictatorship that owns three times more property in London than the Queen.

The Qatar Investment Authority even owns Canary Wharf, the Shard and Harrods.

The Qatari regime has even backed extremist and terrorist organisations, as have wealthy individuals under its jurisdiction.

In 2015, the Tories even failed to stop Qatar and Saudi Arabia funding extremism, which led to calls of a “worry about the closeness between the Conservative party and rich Arab Gulf individuals”.

This is why the Tories are attacking Based Boris and are backing the oppressive Burqa.