HONEYSETT-WATTS: BoJo will give Britain back its mojo
Advertisement 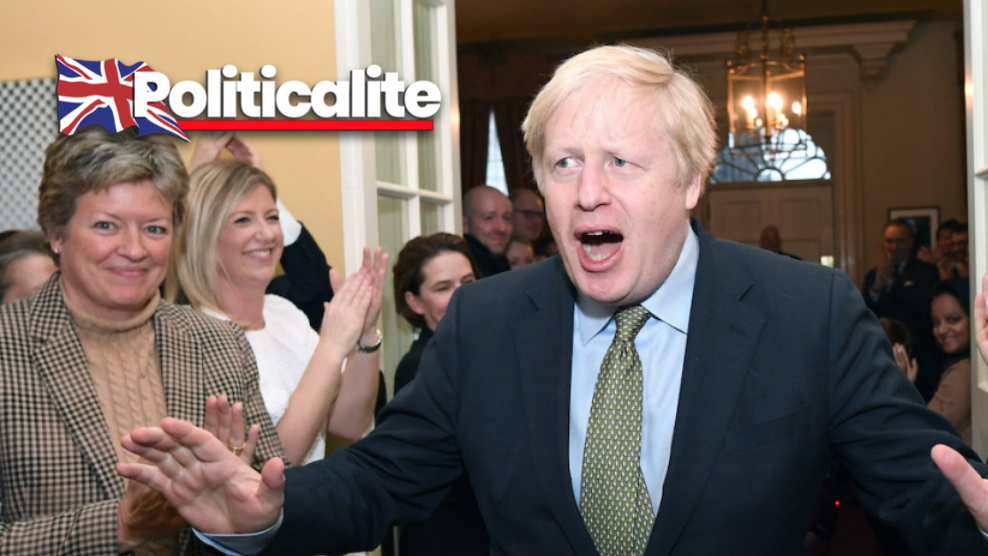 AFTER CELEBRATING last week’s success, I’ve started to think about what we can expect to see in the new year.

On Thursday, the people spoke loud and clear. They chose to place their trust in the Prime Minister, the Conservative & Unionist Party and its parliamentary spokespeople throughout the UK – to deliver Brexit and move forward, so that we can focus on other priorities. In short, a sense of pride and identity was restored.

Boris Johnson’s government, or ‘The People’s Government’ as he now labels it, won exactly 365 seats – an MP for every day of the year and a stonking majority of 80 at that – making this the best result for the centre-right party in over thirty years. In fact, the gain of 47 is the highest of any Tory administration ever, including Margaret Thatcher’s win in 1983. Since 2010, the Conservatives have increased their share of the popular vote from 36% to 44%. They have a legitimate mandate to govern and, thankfully, the ability to break the log-jam in Parliament.

Personally, I’m encouraged to see so much talent – many of them Conservatives in Communications in former lives – take their seats on the green benches: Alex Stafford (Rother Valley), Nickie Aiken (Cities of London & Westminster), Paul Bristow (Peterborough), Paul Holmes (Eastleigh), Richard Holden (North West Durham) and Theo Clarke (Stafford). I hope, and expect, to see more talent re-/join in the future, specifically in Scotland and the capital.

Put it another way, the electorate let the loony left – led by the Hamas and Hezbollah supporting socialist Jeremy Corbyn – know exactly what they thought of their policies. Momentum’s most stunning achievement? Getting Northern ex-miners to trudge through winter rain to vote Conservative. Working class Britons have firmly taken back control; Blue Collar Conservatism is steaming ahead.

The Tories ran a disciplined campaign. As expected, polling analysis, social media and audiovisuals took centre stage again. Credit to the folks at Hanbury Strategy, Topham Guerin and Westminster Digital for playing their part. In terms of messaging, ‘Long Term Economic Plan’ was replaced with ‘Get Brexit Done’. But unlike in 2017, when Theresa May misread the mood, Mr Johnson stood outside Number 10 and urged the 100% – Leavers and Remainers alike – “to find closure and let the healing begin”. Congratulations to the national campaign team, including Isaac Levido, Lee Cain and Rob Oxley.

On Saturday, the Prime Minister travelled to Tony Blair’s former constituency, Sedgefield, and gleefully declared “We’re going to recover our national self-confidence, our mojo, our self-belief, and we’re going to do things differently and better as a country”. On Sunday, Lord Heseltine admitted he and others – including People’s Vote campaigners – had lost and dismissed the prospect of them fighting on.

And how did Corbyn and his allies react to all of this? Faiza Shaheen, who stood against Iain Duncan Smith, looked distraught at the count in Chingford and Wood Green. Owen Jones (the commentator and activist), who dominated Labour’s narrative, had a meltdown on TV – again! Lily Allen even deleted her account on Twitter. Many of them joined the violent and extremist, some say terrorist, group, Antifa, in protesting outside Downing Street – like they did outside Buckingham Palace during President Trump’s most recent visit – before revealing their support for Angela Rayner, Dawn Butler, Diane Abbott, Emily Thornberry, Keir Starmer and Richard Burgon as potential future leaders.

Meanwhile, its current leader – who refuses to go or take responsibility for the outcome – wrote a rather misguided piece for The Observer: ‘We won the argument, but I regret we didn’t convert that into a majority for change.’ Let me be clear. 1. No you didn’t. 2. You don’t say. Caroline Flint, had she not lost her seat, Lisa Nandy or Yvette Cooper would be more effective at the helm. However, if I had to place a bet on it right now, I reckon members will back Rebecca Wrong-Daily. Sorry, Rebecca Long-Bailey.

Regarding press, I want to revisit a theme that I’ve previously highlighted. That, people are quickly losing faith in the mainstream media. Is it any wonder when the BBC mismanaged the TV leadership debates, Channel 4 showed its bias and Sky chose to pay John Bercow £60,000 to be its guest despite only mustering an audience of 45,700? Yes, it was somewhat amusing to watch him squirm as the results were announced but get a grip! Expect the new Culture Secretary to make the BBC licence fee a top issue. If Channel 4 doesn’t return to the old days and if Sky fails to see the error of its ways, then also expect the electorate to turn towards alternative media.

A while back I argued that we need to redefine our purpose, move forward with our global partners, unite the UK – and defeat Corbynism. I believe we have achieved that. World and party leaders, including Scott Morrison and Matteo Salvini, were queueing round the block to congratulate Mr Johnson on his achievement.

This week, he should focus on delivering the Queen’s Speech and bringing back the Withdrawal Agreement Bill (WAB). Get that out of the way and deliver the January 31 promise. After Christmas, he can concentrate on lowering taxes and investing in public services while at the same time launching debates about controlling immigration and more besides.

Before the campaign got underway, the Mayor of London Sadiq Khan tweeted: “The Tories thought calling a winter election would stop us campaigning. They were wrong.” I responded: “No, they thought the people deserved a Parliament that would represent them. Londoners deserve a mayor who will champion them. Next year, they get their say.” 2020 is going to be a year like no other. Fasten your seatbelts, folks – you’re in for a wild ride.