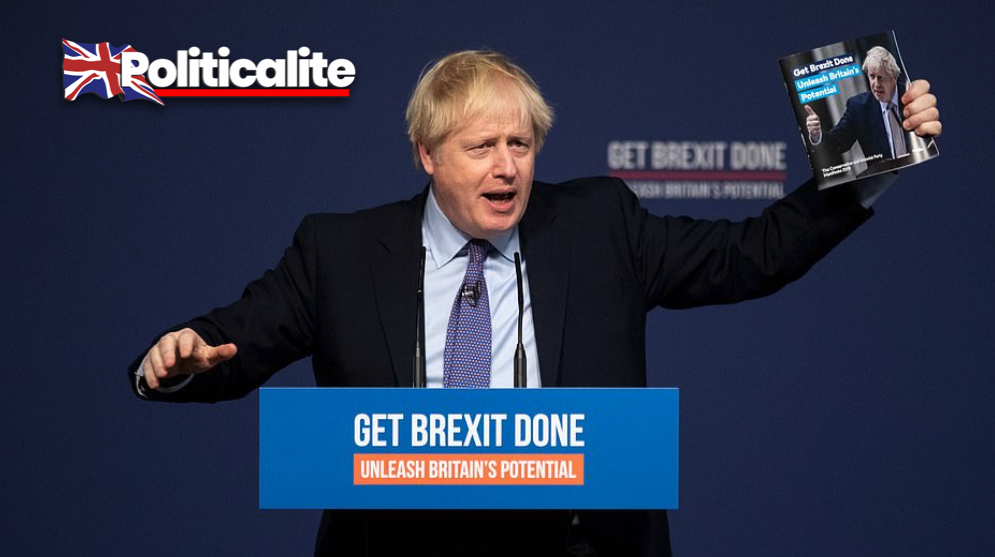 PATRIOT Boris Johnson has pledged to “get Brexit done” and re-unite the country as he launched the Tory General Election manifesto.

Speaking at an event in Telford, the Prime Minister promised a programme of investment for the NHS and the police while freezing key tax rates.

He sought to characterise the election contest as a battle between “retrograde destructive socialism” under Labour and “sensible one nation Conservatism” under the Tories.

In this manifesto there is a vision for the future in which we unite our country,” he said.

“It is time to unleash the potential of our country and forge a new Britain.”

The manifesto document contained few surprises with most of the main policies trailed in advance.

Mr Johnson poured scorn on Jeremy Corbyn’s plans for a second EU referendum in which he would remain neutral.

He said that if he was returned to No 10 he would take Britain out the European Union within a “few weeks”.

“Get Brexit done and we can focus our hearts and our minds on the priorities of the British people,” he said
“We will invest millions more every week in science, in schools, in apprenticeships and in infrastructure, and control our debt at the same time .”