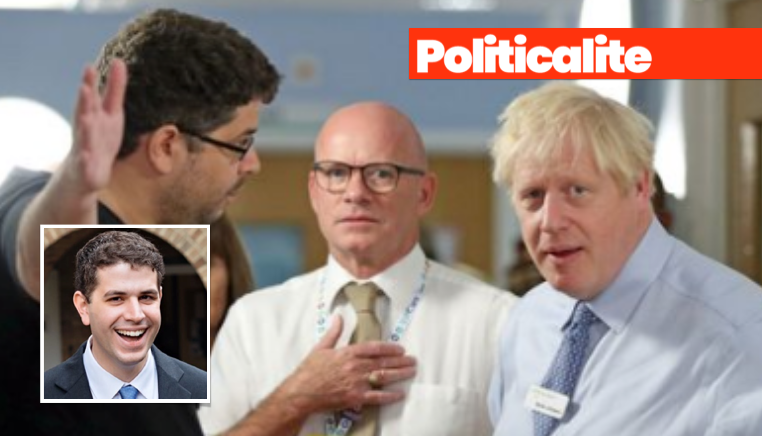 A SELF-RIGHTEOUS leftie Labour and anti-Brexit activist moaned and groaned to Boris Johnson whilst the Prime Minister was on a hospital visit yesterday – about the NHS not having enough doctors and nurses, despite receiving free care off the back of hardworking British taxpayers.

Boris Johnson – who has already pledged millions to improve the NHS tried to calm Omar Salem – a Labour activist, who was verbally abusive to the caring Prime Minister – that kinder, gentler politics again folks! 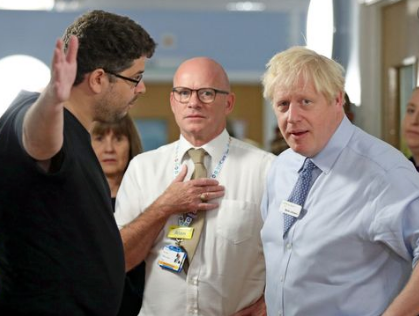 The Dad – who said his daughter had ‘nearly died’ in the furious row upsetting other patients and parents was told by a nurse to ‘keep his voice down’, whilst ranting at Johnson.

Boris – who pledged a whopping £1.8bn for the NHS back in August was lambasted by an angry dad who had to wait… just a few hours in A&E.

Nothing compared to people in far-flung countries who can’t even afford medical care – we wonder if the dad would be able to pay for the expensive care that he received for FREE of the back of hardworking taxpayers across the country.

Mr Salem complained: “This ward is not safe for children. There are not enough doctors, nurses, it’s not well organised enough.

“The NHS has been destroyed and now you come here for a Press opportunity.”

The far-left Dad is, in fact, a Labour activist and has worked for Emily Thornberry and other top labour figures – we wonder if the ‘rant’ was really about politics – rather than his poor sick daughter.

A spokesman for Number 10 said the man was understandably “very distressed” and the Prime Minister was “not going to hide away from those ­circumstances when he goes on these visits, and so obviously is keen to talk to people and empathise and see what he can do to help”.

The spokesman added: “It’s also a reminder of why exactly he is so keen to make the NHS a priority for funding.”

A Number 10 source told The Sun: The fact he is a Labour activist “doesn’t change a thing,” adding: “He’s the parent of a child going through NHS treatment.

“If he’d been a Tory blue voting for ten years, if you’d a poor experience of your child in the NHS I’m pretty sure you’d feel the same way.”

Mr Johnson later tweeted: “I’ve been PM for 57 days, part of my job is to talk to people on the ground and listen to what they tell me about the big problems. It doesn’t matter if they agree with me,

“I’m glad this gentleman told me his problems. This isn’t an embarrassment this is part of my job.”

SAILS AHEAD! Bulldog Boris Brings Back Shipbuilding To Britain