LEVEL UP THEN… Chancellor under pressure to back benefits increase
Advertisement 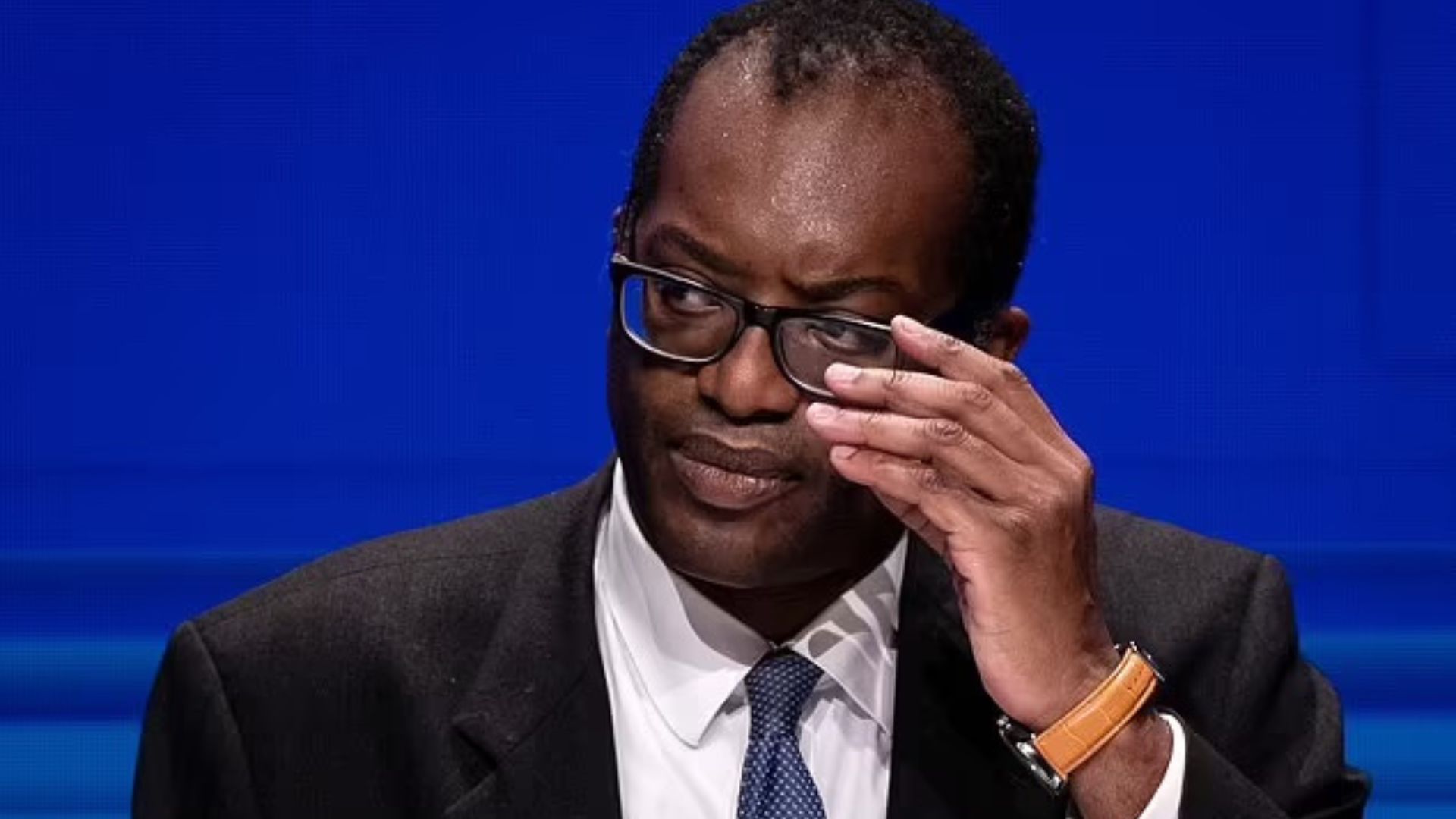 KWASI Kwarteng risks a fresh battle with Tory MPs over benefits funding after being forced into a humiliating U-turn on plans to cut tax for top earners in the face of a revolt by party grandees.

The Chancellor said he is “not committed to any spending” during an interview on LBC radio on Monday morning as he declined to commit to increasing benefits in line with inflation.

Failing to keep pace with rising prices would leave some of the poorest households facing a real-terms cut in their incomes.

It comes as the Government dramatically dropped its plans to abolish the 45% rate on earnings over £150,000 following widespread criticism.

Pressed on the issue of benefits uprating, Mr Kwarteng told LBC: “I’m not going to comment on spending today.

“What we are focused on is the growth plan, we have got a medium-term plan which will set out more spending policies in the near future.”

Pressed on the issue of benefits uprating, Mr Kwarteng told LBC: “I’m not going to comment on spending today.

“What we are focused on is the growth plan, we have got a medium-term plan which will set out more spending policies in the near future.”

Chief Secretary to the Treasury Chris Philp also declined to say whether benefits will be uprated in line with inflation next year.

He told ITV’s Good Morning Britain he was not going to “pre-empt” the statutory process led by the Work and Pensions Secretary which will happen in autumn, with a decision announced to parliament “in the normal way”.

In May this year, then-chancellor Rishi Sunak said benefits would be uprated by this September’s Consumer Prices Index (CPI), subject to a review by the Work and Pensions Secretary.

Last week, charities said they were shocked and horrified at the possibility that benefits may not be increased in line with inflation and urged the Government to honour Mr Sunak’s promise.

Former cabinet minister Michael Gove told Times Radio he would need “a lot of persuading” to stop benefits from rising in line with inflation.

But he said he would not want to “prejudge an argument” before seeing it, as sometimes in crises governments have to “embrace policies that would in other circumstances be deeply unattractive”.

Former work and pensions secretary Damian Green told LBC that a freeze or cut in benefits would not get through the Commons.

“I wouldn’t approve of it. And, no, I don’t think it would get through Parliament.

“I think what we’ve learnt over the past 24 hours is that the Government has gone into listening mode and realises that you can’t just push through everything you might want. And I hope that that lesson is well learned for the future.”

Former Treasury chief secretary David Gauke, who is no longer an MP, told a fringe event at the Tory conference: “I cannot see how they can refuse to increase in line with inflation given the pledges that have been made and given the current situation of a very significant cost-of-living crisis.”

Shadow chancellor Rachel Reeves said on Monday it would be “grotesque” not to increase benefits in line with inflation.

She said: “The idea that the Government can afford to give tax cuts to the wealthiest but not uprate benefits in line with inflation, I think, is grotesque.

There are many people who are saying that the Government needs to rethink this one as well.”

She added that the Government needs not just to reverse the budget, but to “rethink the whole idea of trickle-down economics, which is causing huge anxiety and sent the markets into a panic”.

Sir Stephen Timms, chairman of the Work and Pensions Committee, has written to Mr Kwarteng urging him to honour Mr Sunak’s pledge.

He said: “The Chancellor must honour his predecessor’s pledge to uprate benefits in the usual manner, in line with inflation.

“Without it, countless families risk being pushed further into crushing poverty as they are forced to stretch the same money over higher prices.”

Katy Chakrabortty, head of policy and advocacy at Oxfam GB, said: “We are pleased that the Government has stopped, listened and understood that cutting taxes for the richest during a cost-of-living crisis is not the way to go.

“It needs to keep listening and provide urgent support to people facing poverty in the UK and those facing famine in other parts of the world.

It is essential that ministers don’t seek to balance the books on the backs of people struggling to pay the bills and feed their families – public services, welfare and aid are all needed now more than ever.”

The Joseph Rowntree Foundation said the Government must urgently reassure those on the lowest incomes that it “won’t renege” on its promise to raise benefits in line with inflation.

Principal policy adviser Katie Schmuecker said: “Liz Truss felt able to give that assurance to pensioners, now she must be clear that she won’t target cuts at those on the lowest incomes who have been struggling for months to feed their families, cook hot food and heat their homes.

“Anything less than raising benefits in line with inflation will amount to the largest permanent deliberate real-terms cut to the basic rate of benefits in history.”

An announcement on changes to benefits levels is usually made in November, taking into account earnings and price data from September, and coming into effect the following April.

The Social Security Administration Act 1992 sets out that, if prices have increased over the review period, they should increase certain benefits by at least this rate for the next tax year.

They may also increase other benefits if they deem it appropriate, “having regard to the national economic situation and any other matters” they consider relevant.

However, the legislation says the Government is not required to increase benefits by an amount that “would be inconsiderable”.

Dan Paskins, director of UK impact at Save the Children, said the poorest families will not be able to cope with a real-terms cut.

He said: “The U-turn on the 45p tax rate provides some relief that the UK Government is not solely focusing on providing support to the very richest households.

“But it is not enough. The UK Government has remained totally unclear about what the future holds for the poorest families who are trying their hardest to navigate the cost-of-living crisis.”