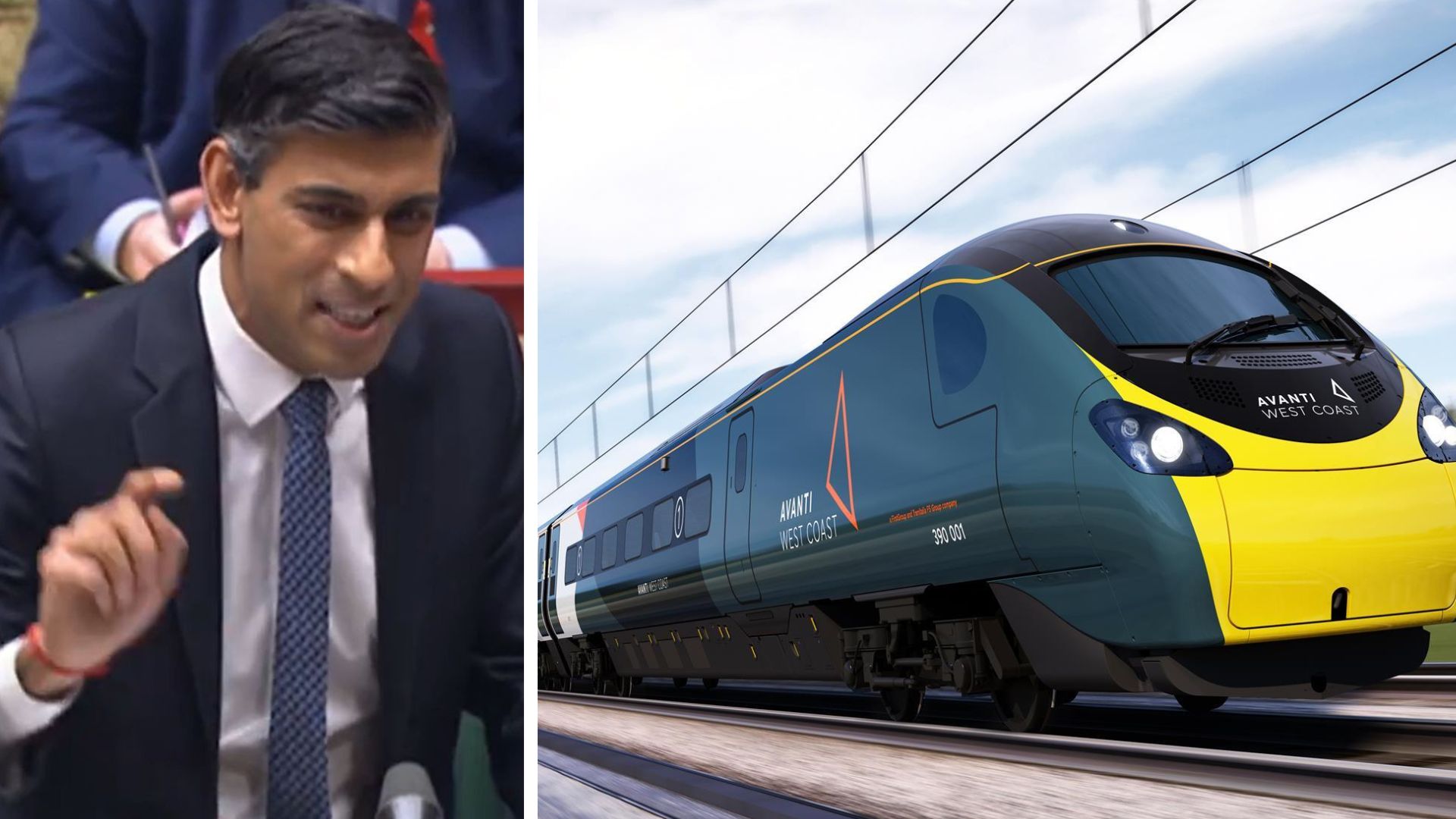 RISHI Sunak has slammed the “unacceptable deterioration” in northern England’s rail services, ahead of a meeting between mayors from the region and the Transport Secretary aimed at ending the “chaos”.

The Prime Minister criticised Avanti West Coast – who took over the smooth running Virgin Trains line to London in December 2019, as he faced pressure over its service from his own benches in the Commons.

Thousands of trains have been cancelled across northern England at short notice in recent weeks, with TransPennine Express, Avanti and Northern all affected.

In the Commons, Tory former minister Esther McVey said the journey time from Wilmslow in her constituency to London had doubled, adding: “You’d be very lucky if you got a direct train.”

She asked how the Government would sort out Avanti’s “completely unacceptable” service.

Mr Sunak agreed there had been an “unacceptable deterioration in the quality of Avanti’s service”.

He said: “The Transport Secretary is rightly monitoring and holding them to account.

There is a plan to increase the number of trains, to more than 100 additional drivers, and restoring the full direct service between Manchester and London.”

Speaking ahead of the meeting with Mr Harper in Manchester, West Yorkshire mayor Tracy Brabin said: “Enough is enough. The Transport Secretary has promised to get a grip on this crisis and we welcome that.

“But the people of the North need more than warm words. We need a concrete plan that will get our rail network back on track.

“This chaos is having a devastating impact on the northern economy and our attempts to rebuild from the pandemic, while we try and support our communities against the cost-of-living crisis with record levels of inflation.

“The Secretary of State is the person who can step in and has a fresh opportunity to help solve the problem and that’s exactly what we’ll be telling him today.”

Ms Brabin later lamented the cancellation of her train to attend the meeting.

She tweeted: “You can’t make it up: my train from Leeds to Manchester to meet (Mark Harper) to discuss rail chaos was cancelled.

“The platform was packed as we all waited for the next. This misery can’t go on.”

Much of the disruption is being caused by rail workers no longer volunteering to do shifts on their rest days, amid an industrial relations crisis across the sector.

The mayors will call on Mr Harper to do whatever he can to encourage the train companies and trade unions to reach an agreement on rest-day working.

They also want TransPennine Express to be put on a “six-month probation” to raise its performance before its contract is up for renewal in May 2023.

Services across the north of England have been plagued by cancellations, including many on the day of travel, leaving hundreds of passengers with tales of missed appointments, lost jobs opportunities and family problems.

Last week, the chief executive of property giant Bruntwood and chair of Manchester Business Sounding Board, Chris Oglesby wrote to Mr Harper, urging him to take action to address the “serious economic damage” being caused by the crisis.

Mr Oglesby said the current service was “not simply completely unreliable but also harming the economy – short and long term”.

He said one large firm was so concerned about the unreliability of the service between Manchester and London it cancelled all staff travel to the north-west and cancelled a conference.

Earlier this week, business leaders from across the north of England wrote to Mr Harper warning that a “wave of cancellations is wreaking havoc on the Northern economy”.

The letter from the Northern Powerhouse Partnership was signed by bosses at nearly 40 companies and organisations, including Manchester Airports Group, Virgin Money, The Piece Hall Trust and Hybrid Air Vehicles.