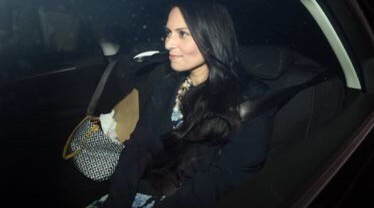 PRITI Patel was forced from office yesterday after reports that Patel had undisclosed meetings with Israeli officials whist on Holiday.

Patel, a Pro-Brexit MP had to abandon a trip to Africa earlier in the day after being summoned back to Downing Street by Mrs May to answer questions on more unsanctioned meetings that breached official protocol.

After an arranged meeting not long after Patel landed in London, May’s office released her minister’s letter of resignation, in which Patel said her conduct in Israel had fallen “below the high standards” required of her post.

“While my actions were meant with the best of intentions, my actions also fell below the standards of transparency and openness that I have promoted and advocated,” Patel wrote in the letter to May.

“I offer a fulsome apology to you and to the government for what has happened and offer my resignation.”

May responded in a letter, saying: “Now that further details have come to light, it is right that you have decided to resign and adhere to the high standards of transparency and openness that you have advocated.”

Under British protocol, a cabinet minister would normally organise meetings through the foreign office and be accompanied by officials, and visits with Israelis would typically be balanced with meetings with Palestinians.

It is the second resignation in Theresa May’s cabinet within in a week following Micheal Fallon’s resignation over the Westminster Sex Scandal last week.

The whole debacle highlights Theresa May’s weakness at a time when she faces the complicated task of getting a good Brexit deal for Britain.

BAD CASE OF CRABBS: Sext pest MP responds to claims he sent ‘explicit’ texts to job applicant
Theresa May had the chance to prove she is strong and stable… she’s BLOWN IT
To Top