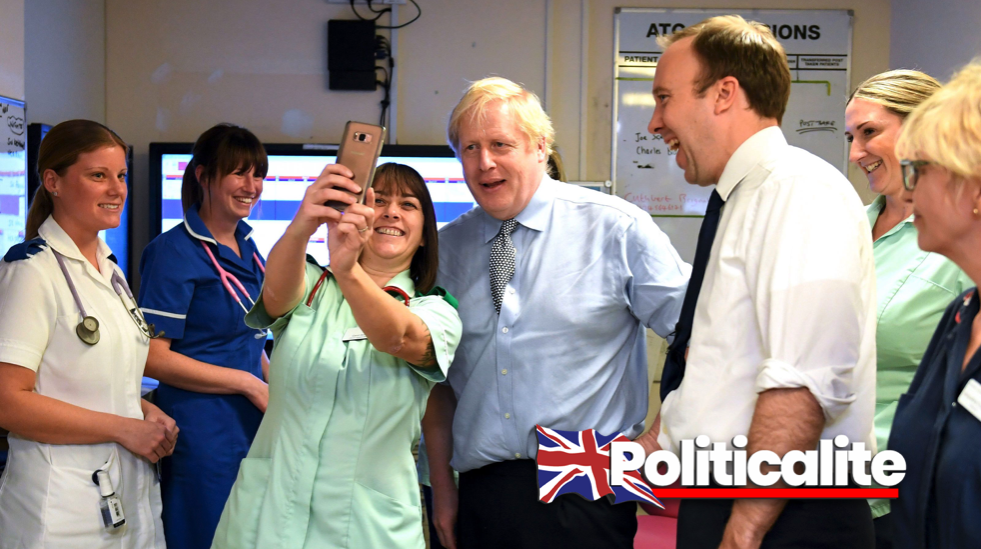 BORIS Johnson has pledged to give the NHS a staggering 50,000 extra nurses of the Tories win the General Election on December 12th.

His Manifesto sets out a radical vision for Britain that aims to reunite a country torn apart by Brexit.

Mr Johnson has promised more spending on police and the NHS, while guaranteeing there would be no rises in key taxes.

Speaking at a launch event in Telford, he reaffirmed his commitment to take the UK out of the EU by the end of January, so they could “forge a new Britain”.

“We will get Brexit done and we will end the acrimony and the chaos,” he said.

Labour, however, said the manifesto was simply a recipe for “more cuts, more failure, and years more of Brexit uncertainty”.

As well as promising 50,000 more nurses for the NHS in England, the manifesto included a commitment to restore maintenance grants for student nurses previously scrapped by the Tories.

Tory sources later acknowledged that about 30,000 of the additional nurses would come from measures to retain existing staff rather than new recruits.

“We know that we have an issue with retention of the nursing workforce and so we would have plans to keep more nurses in the profession,” the source said.

After Mr Johnson’s rough ride when he visited the flood-stricken areas in South Yorkshire and Derbyshire, there was a commitment to £4 billion for flood defences.

The manifesto also promised to abolish the Fixed-term Parliaments Act which was blamed for the Commons “paralysis” over Brexit.

However there were few other surprises in the relatively slim 59-page document, with most of the main policies trailed in advance.

WHAT BOZ IS OFFERING

– A “triple tax lock” with no increases in income tax, national insurance and VAT for five years.
– Raising the threshold for national insurance contributions to £9,500, with the “ultimate ambition” to increase it to £12,500.
– An Australian-style points based system to control immigration after Britain has left the EU.
– An additional 20,000 police officers with tougher sentences for violent criminals.

– A £1 billion boost for “wraparound” childcare after school hours and during the holidays.
– Maintaining the pensions triple lock, winter fuel payment and the older person’s bus pass.
– Investing £100 billion in additional infrastructure spending, including £2 billion for the “biggest ever” pothole repair programme.
– Scrapping NHS hospital car parking charges for staff working night shifts, the disabled. and the terminally ill and their families.
– A commitment to make the UK carbon neutral by 2050.

The Prime Minister said the election on December 12 was the “most critical in modern memory” offering a stark choice between Labour and Conservative visions for the future.

“That is the choice between out and out retrograde and destructive socialism and sensible One Nation Conservatism,” he said.

The Prime Minister insisted that he had lost none of his “tax-cutting zeal”, but said it was “right to focus our tax cuts on people who need them most”.

On another key leadership pledge to resolve the crisis in social care funding, the manifesto offers a short-term increase of £1 billion but says a long-term solution will require building a cross-party consensus.

Far-Left Labour leader Jeremy Corbyn dismissed it as a “manifesto for billionaires”.

“After a decade of the Conservatives cutting our NHS, police and schools, all Boris Johnson is offering is more of the same: more cuts, more failure, and years more of Brexit uncertainty,” he said.

Liberal Democrat deputy leader Sir Ed Davey said: “The Tory manifesto is built on a lie: that Brexit can be implemented without causing years of chaos and damage to our economy.”

CAN HE FIX IT? YES HE CAN! Boris Promises MILLION New Homes In Next Five Years
I’LL GET BREXIT DONE! Boris vows to ‘re-unite’ a divided Nation
To Top