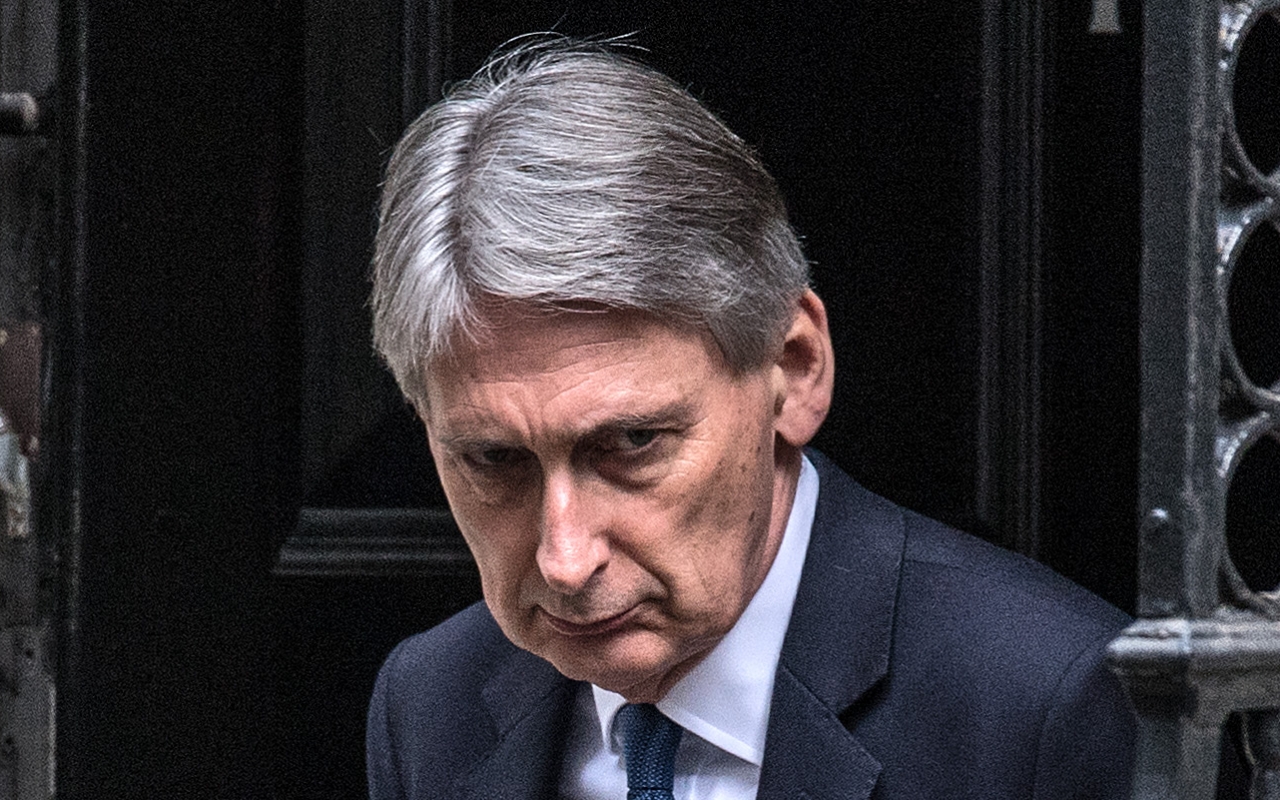 CHANCELLOR Phillip Hammond has REFUSED to endorse Theresa May as Conservative leader for the next General Election.

The Chancellor was asked FOUR times if Mrs May should stay on as leader but declined to give her his support, instead, he said that the focus must be on delivering Brexit.

When asked repeatedly whether he believed May should lead the party into the next election, Hammond insisted the issue was separate from the immediate question of leading the UK through the Brexit talks.

This comes amid reports that up to 50 Tory MPs want Mrs May to go which Politicalite reported yesterday.

Whilst in Dundee, the chancellor was asked who the “best person” was to lead the Tories into the next election and he responded: “Well, I’m not going to get involved in the discussion about future Conservative party leadership politics.

“Theresa May has made it very clear that she has a job to do; I’m completely behind her in doing that job. I think she’s making an excellent job of managing the Brexit negotiations. We’re entering a critical phase now and all of us need to focus our attention on delivering a Brexit that works for Britain.”

Hammond was asked several times again whether or not he backed May, who told reporters on her tour of Japan she expected to lead the Conservatives into the next election.

He said: “I’m not going to get into a conversation about potential future leadership discussions in the Conservative party. I think you will see next week at our party conference that the party is clear and unified behind Theresa May, delivering us a Brexit that works for Britain.”

He repeated: “These are not issues for today. We’re focused entirely on delivering a Brexit that works for Britain.”

Hammond refused to deny allegations in The Sunday Times that he texted Boris Johnson after Mays election disaster, offering to back Johnson as the leader.

“Look, there was an awful lot of communication going during the early hours of that morning, texting, telephone calling between all sorts of colleagues,” Hammond said.

“I don’t recognise some of the material I have seen in the Sunday papers. What I do know is that the most important conversation I had on that night was with Theresa May and she told us that she had decided to seek to form a government; she asked me to serve in it and I committed to do [that] and back her.”

TORY MUTINY: ’50 MPs’ want Traitor Theresa OUT following her Florence Speech as the Cabinet descends into all-out CIVIL WAR
The Tories need to ditch the Remainer in Chief to gain ground on the Corbynista revolution
To Top