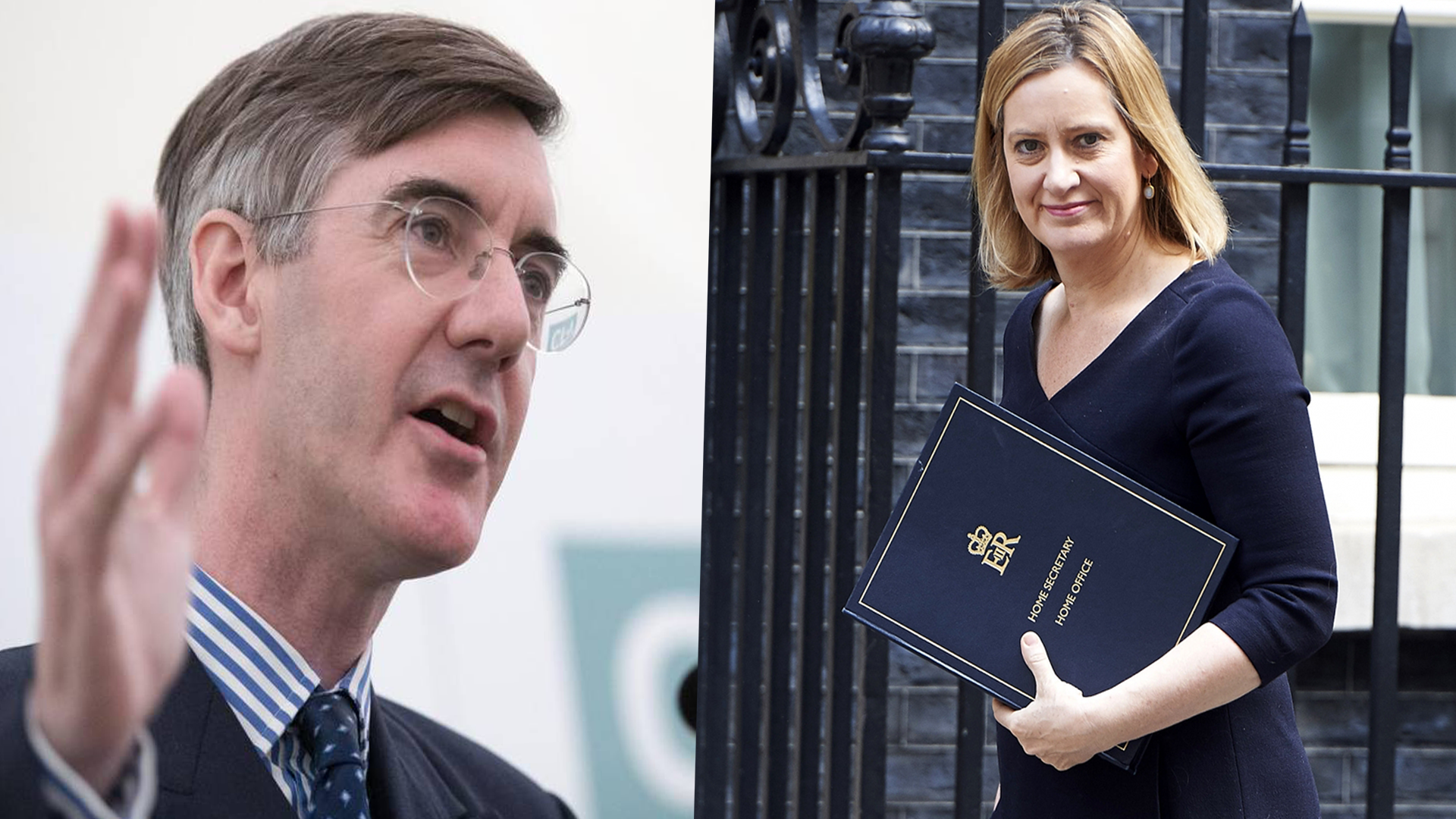 REMAINER Amber Rudd launched an Attack on Jacob-Rees-Mogg on The Andrew Marr Show and claimed that Mogg was “wrong” on claims that the civil service and the Treasury “fiddled the figures” in a leaked report on the impact of Brexit on the UK Economy.

The Home Secretary warned Brexiteers that the Cabinet is “more united than they think” on a soft Brexit.

Mogg, who chairs the European Reform Group of Tory MPs and accused the Treasury of “fiddling the figures” in a leaked report last week which claimed that Brexit would wreck the UK Economy.

“I think that they are wrong, he is wrong here and this document he is particularly referring to is not a Treasury document anyway, it’s prepared across different departments and it’s a tool, it’s a tool for informing those of us who are on the EU sub-committee about the choices that are going to be made.

“It’s not about projecting one way or another, so I think they’re wrong.”

“No, I think that Steve Baker had an interesting week this week where he also, over the whole debate about what was said when, was gracious enough to issue an apology.

“We all use forecasts, it doesn’t mean we put all the weight that people might expect on them. We have to approach them with a certain amount of cynicism but they help inform the debate and the decisions we make.”

Rudd also attacked Brexiteers for trying divide the Tory party, insisting she and her colleagues were pulling in the same direction.

“I have a surprise for the Brexiteers, which is the committee that meets in order to help make these decisions…is more united than they think,” she said.

“We meet in the committee, we meet privately for discussions, I think we will arrive at something which suits us all. There will be choices to be made within that but we all want the same thing, which is to arrive at a deal that works for the UK, that looks ahead – it’s not just about protecting trade behind us – it’s about looking ahead to what kind of country we want to be afterwards.

“We all have those interests at heart and I think can work closely together to deliver it.”

MAY’S MILLIONAIRE LORDS LIFELINE: Super-Rich Unelected Lords are backing Theresa May and have donated £8m to keep the PM in No10