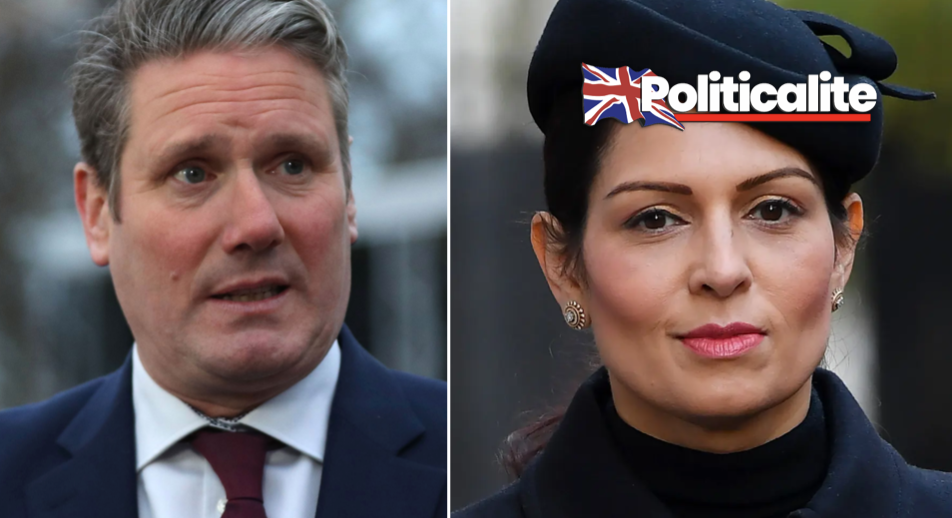 HOME Secretary Priti Patel accused Labour of ‘standing up’ for murderers and rapists.

The Home Secretary hit out at the Opposition over its reaction to the Government’s attempts to deport 36 convicted criminals to Jamaica.

MPs previously heard all those to be on the flight were Jamaican citizens, with offences committed by some in the group including sexual assault against children, murder, rape, drug dealing and violent crime.

Labour and celebrities were among those to raise concerns, including over whether any were affected by immigration injustices.
Speaking in the Commons, Conservative Richard Holden (North West Durham) asked Ms Patel about Labour’s reaction to the deportations.

Ms Patel replied: “Once upon a time the party opposite claimed it was tough on crime and the causes of crime.”

She added: “The British public are absolutely shocked and appalled that the party opposite now stands up for the murderers, the rapists, the sex offenders, and absolutely not doing the right thing when it comes to ensuring foreign national offenders are removed from our country.”

Mr Thomas-Symonds earlier praised police officers for visiting schools to promote anti-bullying messages, adding: “We have a Home Secretary in office who has been found to have broken the ministerial code by bullying.

“What signal does the Home Secretary think that sends to victims of bullying all around the country as to whether they should come forward?”

Ms Patel replied: “I’ve already made an apology to those who I inadvertently upset, and I’ve also made it clear that I’m now getting on and delivering on the people’s priorities.”

But Mr Thomas-Symonds countered: “The truth is the whole episode shows a Government that has lost sight of its moral compass.

“The Prime Minister’s former distinguished adviser on ethics, Sir Alex Allan, found the Home Secretary had breached the ministerial code for the second time yet he is the one who loses his job.

“It sends out the most terrible signal to victims in workplaces and schools around the country.

“This has happened in the context of chronic failure: violent crime rocketing across the country; conviction rates at record lows; domestic abuse charities struggling to keep their doors open; and it’s taken two and a half years for the Government to consider any meaningful action on the offensive mess that is the Windrush compensation scheme.

“Isn’t the truth under this Government that it’s one rule for the Prime Minister, the Home Secretary and their friends, but another for everybody else?”

Ms Patel forcibly put her papers on the despatch box and shot back: “Let me just say to (Mr Thomas-Symonds), he can carry on with his belittlingly personal attacks – which make me more determined than ever to deliver on the issues that I am focused on, and on the people’s priorities that got this Government elected a year ago.”

Ms Patel listed pledges on boosting police numbers and immigration reforms, before highlighting the need to “fix the wrongs” of the Windrush scandal.

A report released last month showed the Home Secretary was found to have shouted and sworn at staff.