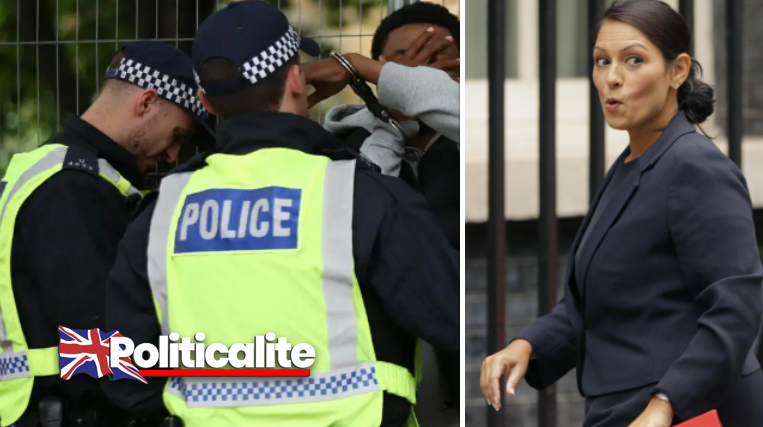 THE GOVERNMENT has announced police recruitment targets for every force in England and Wales as part of its pledge to hire 20,000 new officers.

Home Secretary Priti Patel announced the initial target at a National Policing Board meeting with representatives of frontline officers and police leaders on Tuesday.

The 6,000 target in the first year is part of the government’s drive to increase police ranks by 20,000 over the next three years.

Ms Patel said: “The public are clear they want to see more police officers on their streets, whether they live in the city or the countryside.

“This is the people’s priority, and it is precisely what the government is delivering.

“Every single police force in England and Wales will be able to recruit additional officers this year to help keep all of our communities safer.”

The three forces with the highest recruitment target for the first year are the Metropolitan Police (1,369), West Midlands (366) and Greater Manchester (347).

Other forces set to get a significant boost in their numbers include West Yorkshire (256), Merseyside (200), Northumbria (185) and Thames Valley (183).

The government’s funding for recruitment in 2020-21 will cover all associated costs, including training and kit.

All new recruits will be on top of those hired to fill exiting vacancies, the Home Office said.

The National Policing Board was set up by Prime Minister Boris Johnson in July to help achieve the government’s recruitment pledge.

Police Federation of England and Wales national chairman John Apter said: “Yesterday’s meeting was constructive and it is important that we, as the largest police staff association, were at the table to ensure our members were represented.

“Investment in policing is long overdue and for the first time, we now have the actual number of officers each local force will increase by in the next year.

“These figures have been based on the current funding formula models and while this method is not perfect, I accept it is the only solution available to deliver the numbers quickly in year one.

“We now need to ensure that the formula is revisited for future years to ensure a fairer allocation of officers across all forces, but this is certainly a positive start and will provide a much-needed boost to my members and the communities they serve.”