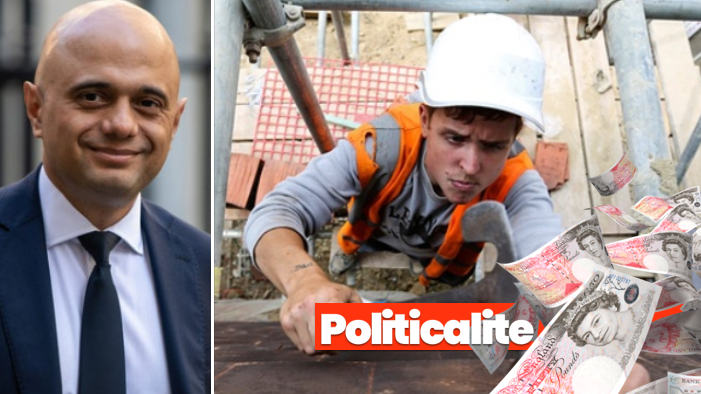 CHANCELLOR Sajid Javid announced plans for a national living wage rise to £10.50 an hour if the Tories win the next election and Britains hardworking grafters could be getting a lot more pinkies in their pockets.

Saj said his “ambitious” proposal – which would also see the age threshold lowered to cover all workers over the age of 21 – would give four million people a pay rise.

He said he wanted the national living wage to be raised to match two-thirds of median earnings, which would represent a 95p hourly increase in 2024 compared to the current system.

“Over the next five years, we will make the UK one of the first major economies in the world to end low pay altogether,” he said.

“To do that, I am setting a new target for the national living wage: raising it to match two-thirds of median earnings.

“That means, on current forecasts, this ambitious plan will bring the national living wage up to £10.50 – giving four million people a well-earned pay rise.”

Only workers aged 25 and over are currently able to receive the national living wage, which is set at £8.21. Those 24 and under receive the minimum wage.

Mr Javid said the Government wanted to reward the hard work of millennials and bring down the age threshold to cover all workers over the age of 21.

Mr Javid told the conference the Government was bringing in a “decade of renewal” after the “decade of recovery” under the last Labour government and promised an “infrastructure revolution” with investment in roads, buses and broadband.

“Our roads are the arteries of our country. We will soon launch the new roads investment strategy with £29 billion committed to strategic and local roads over the next five years,” he said.

“And today we are getting the shovels out early on several important road projects.”

The projects include the M60 Simister Island, dualling the A66 Transpennine and starting work on the A428 between Cambridge and Milton Keynes.

He also allocated £500 million to create a new Youth Investment Fund to roll out youth centres and services to help young people “get on the conveyor belt to a better life and career”.

And Mr Javid announced plans to bring forward a White Paper on further devolution in England – saying the Government wanted to give more local powers to local people “to drive investments in the infrastructure and services they know they need”.

A spokesman for the Chancellor said workers would be around £4,000 a year better off as a result of the proposals, but that it would only have a “minor impact” on departments, adding: “We are not particularly worried about it costing jobs.”

“It’s the right balance between addressing people’s cost of living and maintaining a pro-business environment.”

Shadow chancellor John McDonnell, commenting on the living wage plans, said: “This pathetic attempt at catch-up by the Conservatives will fool nobody.

“Labour will introduce £10 as a minimum as soon as we take office and, rising with living costs, it will mean everybody over 16 years of age will be earning comfortably more than £10.50 an hour by 2024.”