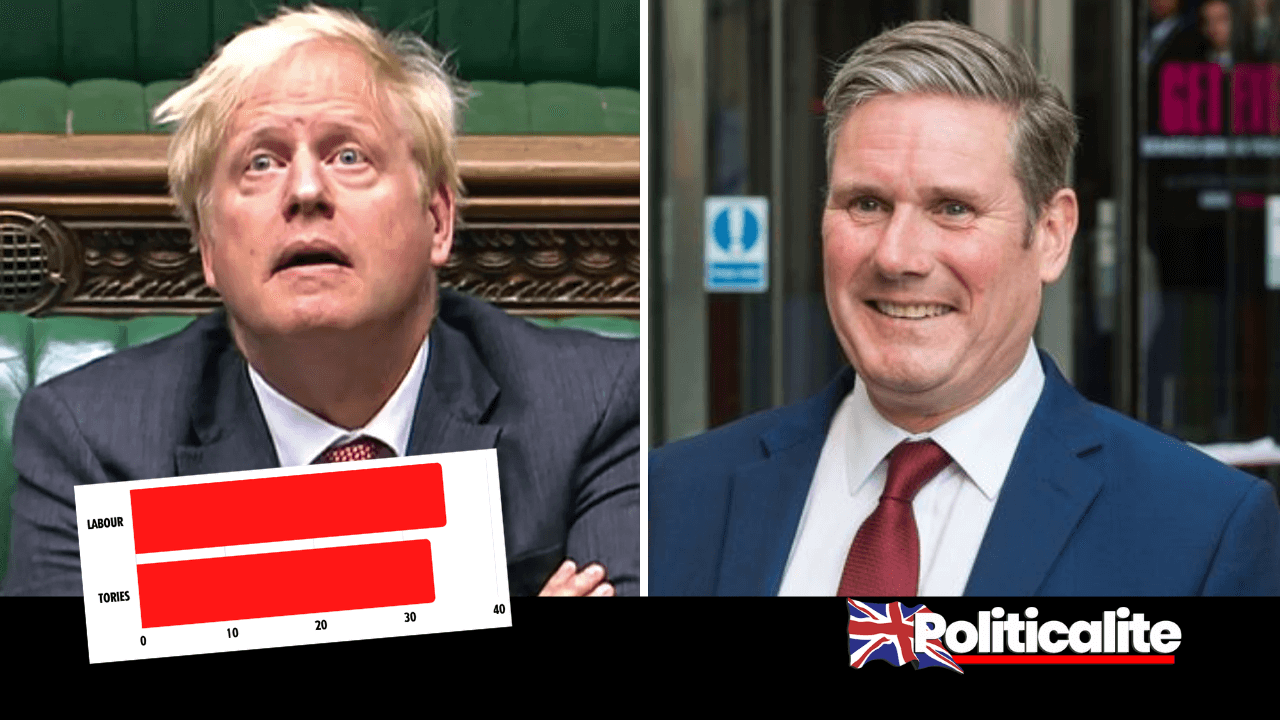 LABOUR over-took the Tories in the polls last night after Boris Johnson’s tax gamble failed to hold support for his Government.

The Times revealed that support for The Conservatives had fallen by five points to its lowest level since the 2019 election following the PM’s manifesto breaking tax-raid that is set to hit working-class voters the hardest.

The poll puts Labour in the lead, at 35% for the first time since January with the Tories on 33%.

The YouGov poll also claims the tax policy has undermined the Conservatives’ reputation as the party of low tax.

Boris was also hammered after he claimed The Tories were still the party of low taxation – hours after he raised National Insurance taxes to fund NHS and social care.

Labour said the Prime Minister was “hammering” working people while failing to offer guarantees over protecting homeowners and clearing the NHS backlog.

Labour leader Keir Starmer questioned why the Prime Minister was breaking his manifesto promise by increasing national insurance to tackle health and social care problems, while not providing assurances over what the policy will achieve.

The Prime Minister’s tax rise breaches the Conservative manifesto for the 2019 election.

Speaking at Prime Minister’s Questions on Wednesday Sir Keir said: “I want to ask the Prime Minister about the promise he made to the British people to guarantee that no-one needing care has to sell their home to pay for it. Does that guarantee still stand?”

Mr Johnson replied: “What this plan for health and social care does is deal after decades with the catastrophic costs faced by millions of people, the risks that they face up and down the country that they could face the loss of their home, their possessions, their ability to pass on anything to their children.”

“This is the Government that is not only dealing with that problem but understands that in order to deal with the problems of the NHS backlogs you also have to fix social care.”

Sir Keir pressed again on the issue before highlighting the impact of the policy on working people and waiting lists.

He said: “Let me tell you what an ambitious young member for Henley (Mr Johnson) said in 2002 in this House … ‘national insurance increases are regressive’. I wonder what happened to him?”

“Will his plan clear the NHS waiting list backlog by the end of this Parliament: yes or no?”

Mr Johnson replied: “We at least have a plan to fix the backlogs and we at least understand that the only way to fix the long-term underlying problems in the NHS, the problem of delayed discharges, is to fix the crisis in social care as well which Labour failed to address for decades and we’re going on ahead and doing it.”

He added: “Out of that minestrone of nonsense has floated a crouton of fact: he is going to vote against the measure tonight … Vote Labour, wait longer.”

Sir Keir said Mr Johnson was unable to answer a yes/no question on whether the Government’s reforms will clear the NHS backlog, adding: “There we have it – working people will pay higher tax, those in need will still lose their homes to pay for care, and he can’t even say if the NHS backlog will be cleared.

“He gesticulates, but they’re breaking their manifesto promises and putting up taxes on their working constituents for this?”

Sir Keir went on to warn 2.5 million working families will face a “double whammy” of a national insurance rise and a cut of £1,000 per year from Universal Credit, adding: “Why is the Prime Minister insisting on hammering working people?”

Mr Johnson said he was “proud” of the Government’s record throughout the pandemic, adding: “We believe in higher wages and better skills – and it is working.”