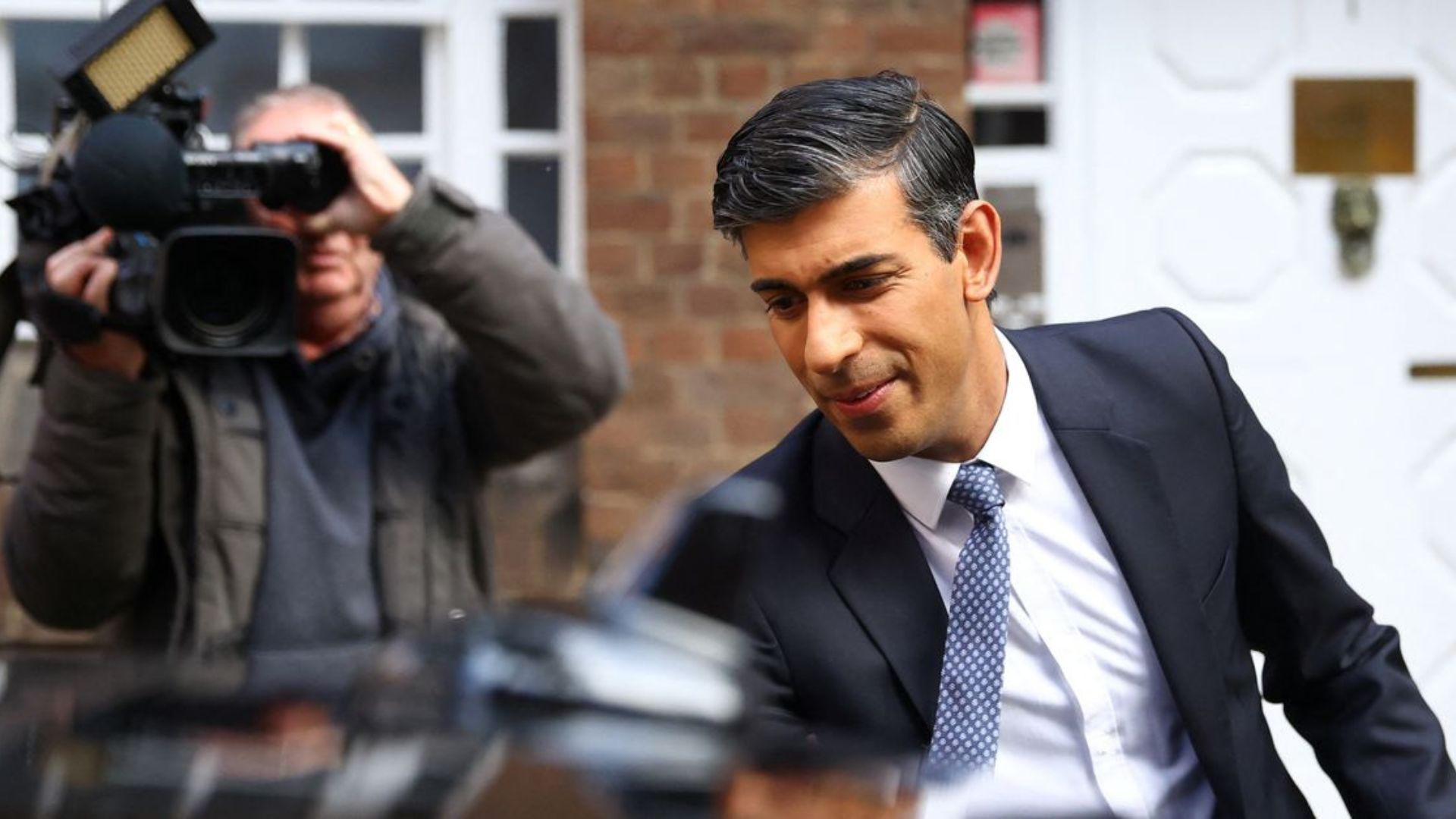 RISHI Sunak warned his warring MPs the Conservatives must “unite or die” in the face of a “profound economic challenge” after winning the race to be the next prime minister.

The former chancellor ruled out opposition demands for a general election after winning the Tory leadership contest on Monday when rival Penny Mordaunt failed to win the backing of MPs.

Liz Truss, who will make way for Mr Sunak less than two months after she beat him in the last contest, congratulated her soon-to-be-successor and told him “you have my full support”.

Despite the calls for unity, a Tory source told Politicalite last night that there is already “talk of dirty tricks and rebellions”

“They went after Boris’s backers to try to stop him hitting the 100,” they said. A member of Sunak’s campaign team later admitted they had spent the weekend trying to convince MPs who had publicly declared their support for Johnson to come over to the former chancellor’s side.”

“There are people who feel they owe their career to Boris and are terrified of losing their seats,” they revealed. “They felt they had to come out publicly for him but privately said they would vote for Rishi.”

The MP added: “Rishi basically turned round to Boris and said – we’ve got the numbers and you haven’t. If you stand against me then we will bring you down.”

With his victory coming on Diwali, Mr Sunak will be the UK’s first Hindu prime minister, the first of Asian heritage, and the youngest for more than 200 years at the age of 42.

He will be formally appointed to the role in a handover of power overseen by the King within the coming days, as discussions take place between Ms Truss and Mr Sunak about the timing.

Ms Mordaunt, the Commons Leader, bowed out of the race to hand Mr Sunak a spectacular political comeback as she failed to get the 100 nominations from Tory MPs required by the 2pm deadline.

With Boris Johnson having ditched his own bid at a comeback, Mr Sunak will enter No 10 unopposed and avoid an online ballot of the Conservative members that rejected him for Ms Truss last month.

Mr Sunak hit the ground running by telling Conservative MPs behind closed doors in the House of Commons they face an “existential moment”.

Three MPs in the room said his message to the party was they must “unite or die”, as they focus on delivering on the public’s priorities during a cost-of-living crisis.

Labour has led calls for a new general election as the Tories move onto their third prime minister on the mandate won by Mr Johnson in 2019.

Senior Tory Simon Hoare said that Mr Sunak told the party he would not give in to the opposition’s demand, with the MP adding to reporters: “He is actually going to hit the ground running. We have no time to lose.”

Mr Sunak now has the daunting task of leading the nation through an economic crisis only exacerbated by the chaotic legacy of Ms Truss, who was ousted after only six weeks in office.

In an 86-second address to the nation, Mr Sunak promised to serve with “integrity and humility”.

He praised Ms Truss for having served the nation with “dignity and grace” during “exceptionally difficult circumstances”.

He said he was “humbled and honoured” to have been chosen as the next prime minister, which he described as the “greatest privilege of my life”.

“The United Kingdom is a great country but there is no doubt we face a profound economic challenge,” he added during the speech in which he took no media questions.

“We now need stability and unity and I will make it my utmost priority to bring our party and our country together.”

The King was understood to be travelling to London on Monday afternoon from the private royal estate of Sandringham, but Downing Street confirmed the handover of power will wait for another day.

In a statement posted online two minutes before the deadline, Ms Mordaunt said her opponent now has her “full support”.

“These are unprecedented times. Despite the compressed timetable for the leadership contest it is clear that colleagues feel we need certainty today,” she said.

“They have taken this decision in good faith for the good of the country.”

Sir Graham Brady, who as chairman of the 1922 Committee of backbench Conservatives was overseeing the contest, said he received only one valid nomination form.

“Rishi Sunak is therefore elected the next leader of the Conservative Party,” he added.

Sources in the Mordaunt camp said she got 90 nominations, though the number of those who publicly announced their backing of her fell far short of this.

“We need a general election so the public get a say on the future of Britain – and the chance for a fresh start with Labour.”

SNP Westminster leader Ian Blackford made the same demand and said his party would back Labour in a vote of no confidence if they tabled one.

Business Secretary Jacob Rees-Mogg, the Johnson-backer who once derided Mr Sunak as a “much-lamented socialist chancellor”, said he will “support his leadership” and urged “now is the time for party unity”.

Conservative Party chairman Sir Jake Berry called for an end to Tory infighting, saying: “Now is the time for the whole party to come together and unite four-square behind Rishi, as he gets on with the vital work of tackling the challenges we face as a country.

“The time for internal debates is well and truly over, and led by Rishi Sunak, I know we can and will deliver on the priorities of the British people.”

James Cleverly, who had backed Mr Johnson to return to No 10 less than two months after he left in a series of scandals, called for an anticipated Cabinet overhaul to feature the best ministers rather than focus on loyalists.

The Foreign Secretary told Sky News: “We have got to have the first 15 on the pitch. I know that Rishi understands that.”

Mr Sunak’s ascendency from MP to PM is the fastest in modern political history, having first won the constituency of Richmond in North Yorkshire in 2015.

His journey to the top job has not been without its hitches, having been fined alongside Mr Johnson for breaching coronavirus rules and having faced questions over his wife Akshata Murty’s “non-dom” status for tax purposes.