SLIPPERY SUNAK: “Shame he didn’t do it as chancellor” says Truss on Rishi Tax U-Turn
Advertisement 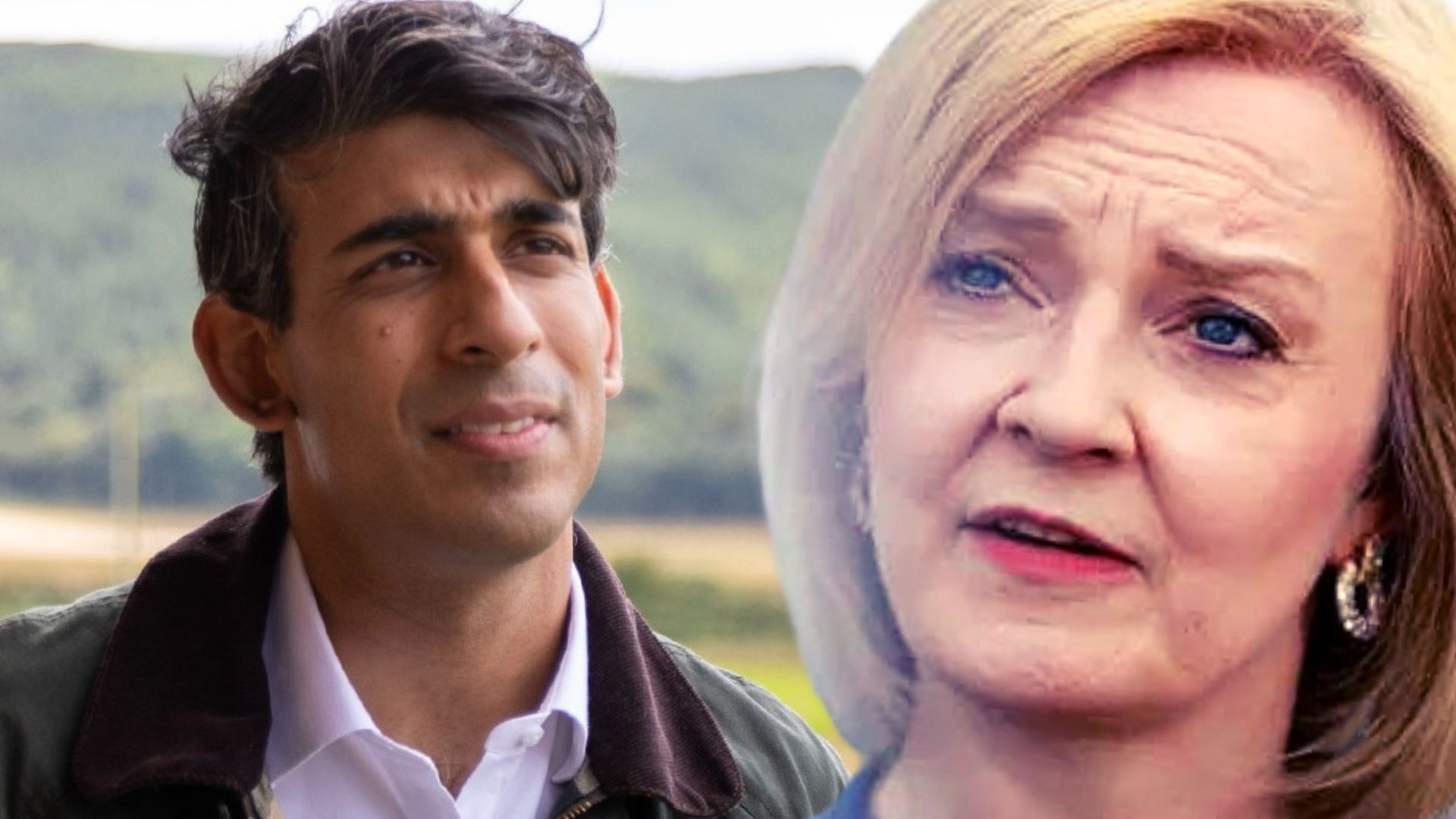 The former Chancellor – who raised taxes whilst in office has promised voters he will cut taxes by 4% if he wins the Tory leadership contest, but Truss urged voters to “see through” the flip-flops.

Sunak said cutting the basic rate from 20p in the pound to 16p would amount to a 20% tax reduction, the “largest cut to income tax in thirty years”.

The former chancellor suggested Ms Truss was being “dishonest” with voters with promises of sweeping tax cuts and engaging in an “act of self-sabotage that condemns our party to defeat” at the next general election.

While Mr Sunak said the policy is part of his “radical” tax vision, it builds on his previously-announced 1p cut to income tax in April 2024.

The deadline for taking off the additional 3p – the end of the next Parliament – could be as late as December 2029.

Tax has dominated the bitter race for No 10, in which the former chancellor has repeatedly called Ms Truss’s tax-cutting plans “comforting fairy tales”.

A Truss campaign source hit back at Rishi’s income tax slash pledge telling Politicalite: “It’s only a shame he didn’t do this as chancellor, when he repeatedly raised taxes”

Tory members “can see through these flip-flops and U-turns” added the source.

Ms Truss’s proposals appear to have convinced many of the party faithful who will elect the next leader – with polls suggesting she has a clear lead over Mr Sunak – and a growing number of senior Tory MPs, with Tom Tugendhat saying her proposed cuts were based on “true Conservative principles”.

He said: “What I’m putting to people today is a vision to deliver the biggest income tax cut since Margaret Thatcher’s government.

“It is a radical vision but it is also a realistic one and there are some core principles that I’m simply not prepared to compromise on, whatever the prize.

“Firstly I will never get taxes down in a way that just puts inflation up. Secondly I will never make promises I can’t pay for. And thirdly I will always be honest about the challenges we face.

“Because winning this leadership contest without levelling with people about what lies ahead would not only be dishonest, it would be an act of self-sabotage that condemns our party to defeat at the next general election and consigns us to a long period in opposition”.

The 1p income tax cut he announced at the Spring Statement is fully costed and paid for, according to Mr Sunak’s campaign.

Each subsequent penny off, which would cost about £6 billion a year, would be funded through tax receipts generated by forecast economic growth and would not see the debt burden rise.

The ex-chancellor’s U-turn on tax last week, when he promised to temporarily slash VAT on energy bills, seemingly failed to give him any significant boost in polling of Tory members since.

Chief Secretary to the Treasury Simon Clarke, who is backing Ms Truss, said: “We cannot afford to wait to help families, they need support now. Liz will cut taxes in seven weeks, not seven years.”