WILL LIZ TRUSS THE WORLD OUT RISHI’S HANDS? Voting closes in race for Number 10
Advertisement 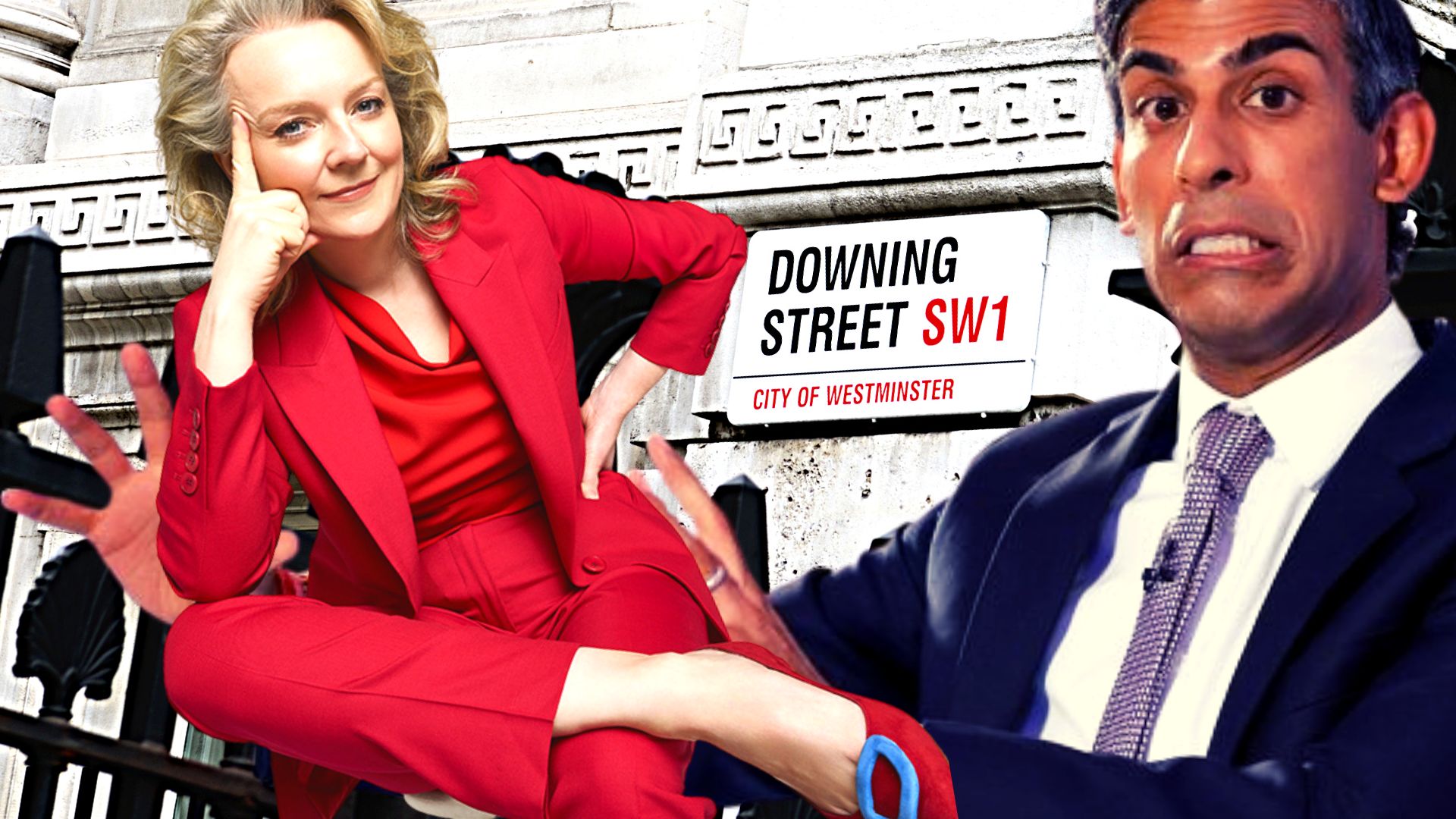 VOTING has now closed in the Tory party leadership race, with either Liz Truss or Rishi Sunak set to be declared the winner on Monday.

Polling closed at 5pm, bringing to an end a long, fractious contest that dominated the summer and saw both candidates clash over competing visions for the country.

The Conservative party said that nearly 20,000 members attended the hustings and a total of 2.2 million people viewed a husting online.

Foreign Secretary Ms Truss is believed to be on course for victory and in her final message on Friday she paid tribute to the party members she had met in recent months.

She said: “It has been fantastic meeting and speaking to thousands of members across the whole of the UK over the last six weeks.

Our members make our party great and I would like to thank all the volunteers who have helped along the way.

“I believe in a brighter and better future for Britain. I have a bold plan that will grow our economy and deliver higher wages, more security for families and world-class public services.

“I’ll do this by cutting taxes, pushing through supply-side reform and slashing red tape that is holding businesses back.

“If I am elected prime minister, I will never let anyone talk us down and I will do everything in my power to make sure our great nation succeeds.”

Mr Sunak said he was “humbled” by his engagement with the party faithful.

In a statement, he said: “I have been humbled to meet so many thousands of our brilliant members and activists over the past six weeks.

“This is a critical election for our country and for the future of the Conservative Party, as we eye a historic fifth term in government.

Boris Johnson’s time as PM: How it compares to his predecessors.

We face huge challenges ahead, but also huge opportunities. I know what it takes to get through challenging times. I did it as chancellor and I will do it again as prime minister.”

Boris Johnson’s successor will be announced on Monday, taking over as prime minister the following day.

“This hustings programme has shown the strength of our party across the UK, with sold-out events filling Wembley Arena to Perth Concert Hall,” he said.

“I’d like to thank Rishi Sunak and Liz Truss for participating in what, at times, must have been a gruelling schedule in good spirits and giving our members the opportunity to question them up front and personal, answering over six hundred questions and putting themselves under the spotlight.

During my tour of 80 seats across the country, I have found our members in good voice and ready to take the fight to Labour and the Lib Dems, and win that historic fifth term at the next general election.

“Whatever the result come Monday, I know our party is ready to unite around a new leader and tackle the challenges we face as a country ahead.”

Earlier, Lord Hayward, a former MP and current Tory peer, said he is not convinced Ms Truss’s victory will be by such an emphatic margin, but she remains on course to become the next prime minister.

He said a tighter win will mean it is “absolutely necessary” for Ms Truss to appoint a cabinet that brings together all sides of the Tory parliamentary party.

Lord Hayward told Politicalite: “My overall sense is Liz Truss will win but I am not convinced it will be by the margin that the polls are predicting.”

He said his prediction of a tighter margin of victory for Ms Truss is rooted in the conversations he has had with those who have attended the hustings.

On how the campaign has played out, Lord Hayward said: “The party and the individuals will be bruised by the experience, there’s no question, and it will take time to recover.

“At the moment, it appears from all the leaks that all the positions seem to be going to Truss supporters in the cabinet.

“Liz Truss starts off with a disadvantage which has faced a number of other politicians in their time – the most recent one being probably Jeremy Corbyn – in that she doesn’t necessarily have the automatic support of the majority of her parliamentary party.”

Mr Sunak has consistently acknowledged he is the underdog and his supporters continue to hope he can cause a surprise.

Kevin Hollinrake, Conservative MP for Thirsk and Malton, told Sky News: “I’ve seen some of the polls and national polls. I think it’s quite hard for pollsters to determine who is a Conservative member and who is not because there’s not an open database.

Fresh allegations of misconduct were brought to light on Thursday, with Sky News reporting that one woman had been assaulted by a Cabinet minister, while another was groped by a senior No 10 aide.

Mr Johnson and his successor will then go to Balmoral rather than Buckingham Palace for the appointment of the new prime minister, in a break from tradition.

The Queen will receive Mr Johnson on Tuesday September 6 at her Aberdeenshire home, where he will formally tender his resignation.

This will be followed by an audience with the new Tory leader, where she or he will be invited to form a government.