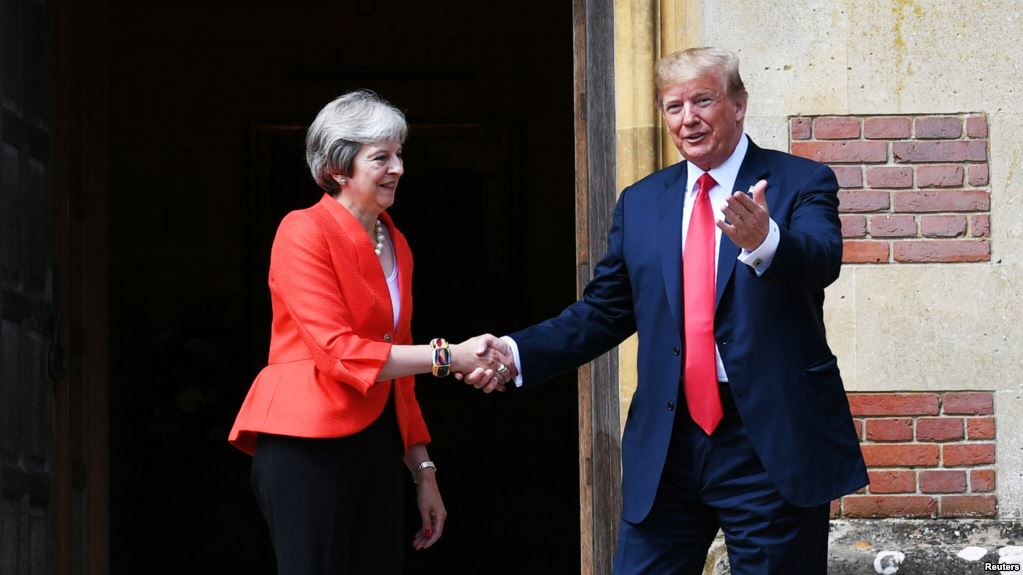 DONALD Trump sparked a major charm offensive on Mrs May and the UK during a joint press conference after The Sun did him over with a bombshell scoop that ROCKED the political Establishment.

The half-British President, whose mother was born in Scotland, said he backed Mrs May just hours after he attacked May’s weak and wobbly Brexit plan in Britain’s biggest selling daily.

He also said that he “didn’t criticise” the Prime Minister and insisted he had a “lot of respect” for her and slammed The Scum.

Mr Trump said an interview he gave to The Sun was “fake news” which missed out his positive comments about Mrs May, adding that the White House records all interviews. 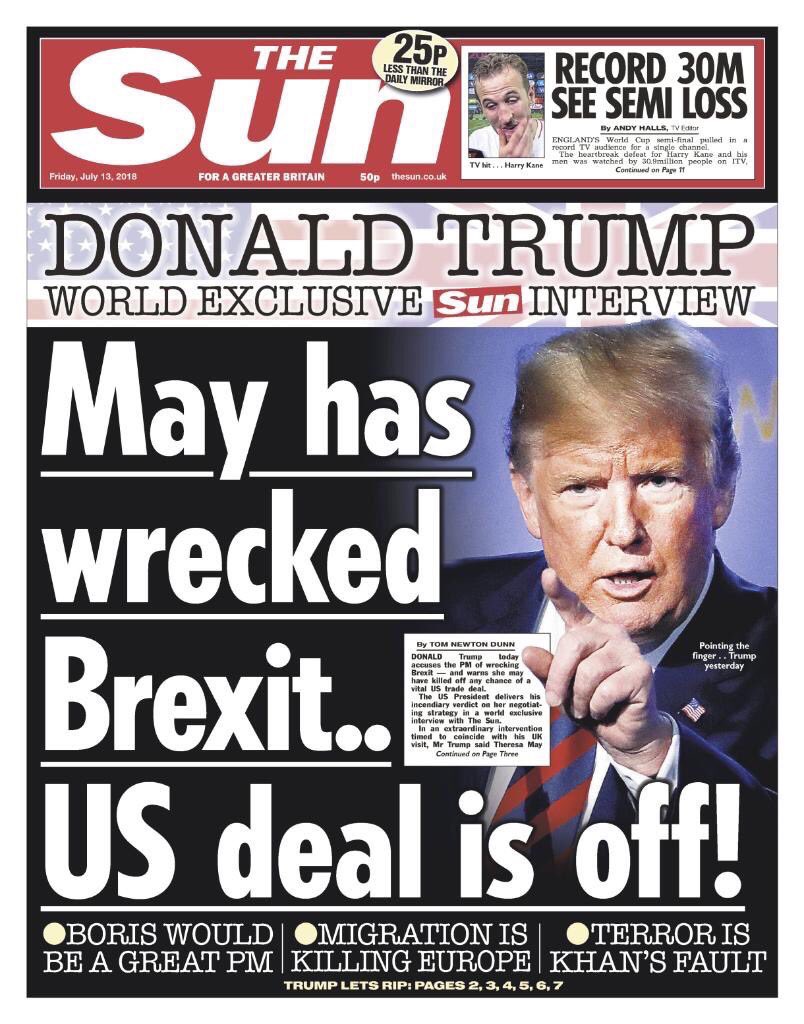 “It’s called fake news and we solve a lot of problems with the good old recording instrument,” the president said.

Speaking alongside an emboldened Mrs May, Mr Trump said “whatever” the UK does after it leaves the EU is “OK with me” and Brexit was an “incredible opportunity”.

Mrs May said they had discussed plans for an “ambitious” trade agreement.

Mr Trump listened in as she said they would discuss “the real opportunities we have got to have this trade deal coming up when we leave the European Union”. 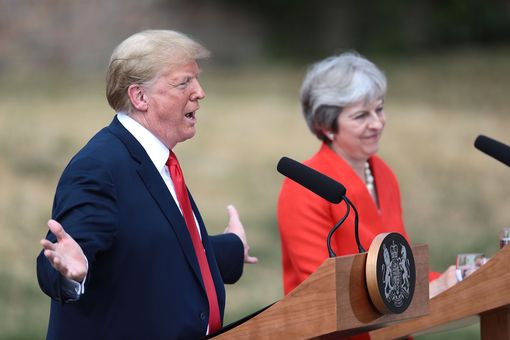 Mr Trump said: “The only thing I ask of Theresa is that we make sure we can trade and we don’t have any restrictions because we want to trade with the UK and the UK wants to trade with us.

“We are by far their biggest trading partner and we have just a tremendous opportunity to double, triple, quadruple that.”

Earlier on Friday, Mr Trump said his relationship with Mrs May was “very strong”, and later added that the UK-US bond was the “highest level of special”.

In turn, he claimed the pair had “probably never developed a better relationship” than during last night’s welcome dinner at Blenheim Palace.

TRUMP: Sadiq Khan has “done a very bad job on terrorism” by allowing Migrants into capital