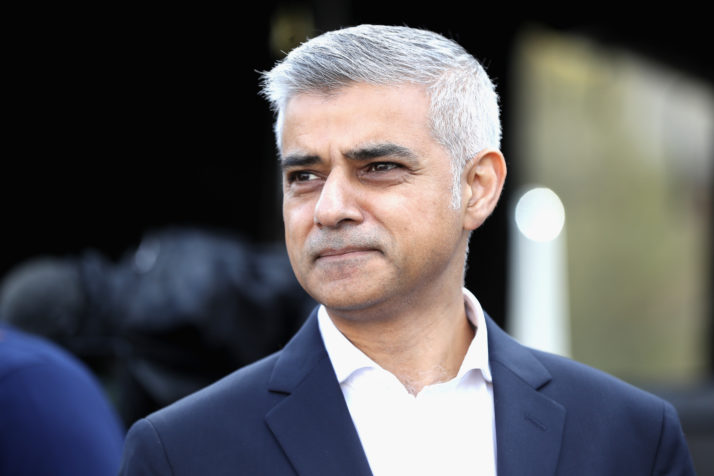 MET Police have officially declared tight restrictions on a Pro-Trump march in London this Saturday despite telling Politicalite last week that the event had not been banned.

Last week we exclusively broke the news that the Met Police were planning to apply Public Order Acts on an upcoming pro-Trump event in London and effectively ban and disrupt the event. Police informed the organisers of a planned Pro-Trump rally on July 14th that the force had applied for an ‘effective ban on pro-Trump activism’ in London via the Public Order Act.

Following the story that was seen by over 50,000 of you, The Met contacted us and said: “This march has not been banned by the Met Police. We are working with the organisers and as with any request to demonstrate/march across London the Met have to balance the right to protest against the impact on communities and potential for serious disruption and serious disorder.”

Today, Politicalite can again exclusively reveal that Met Police has successfully applied for a Public Order under two sections, s12/14, Section 12 was approved but, Section 14, was not not approved, and it is still LEGAL to congregate outside the US Embassy and deliver speeches but the rally will be severely disrupted thanks to The Old Bill applying for a POA section 12, which effectively requires protesters to hide banners and flags, and not to chant whilst not at the rally.

The order states that two or more people showing support for the events organiser, Luke Nash-Jones (named on the Public Order notice), Trump, or Tommy outside of the US Embassy (or anywhere except an impractical short stretch of road miles away at the time of the speeches), or the Tommy rally area, will be arrested – risk of approximately a £200 fine and criminal sentence.

Luke-Nash Jones exclusively spoke to Politicalite: “After numerous HOURS of phone calls, emails, and so forth, including presentation of realistic alternate routes, it would seem to us that there is bias in favour of communists.

While we are without evidence accused of being a disruption to the order of the community, we would understand that it seems that the left-wing activists are permitted to have a tantrum and fly their balloon, etc. for three days, as we are banned from the streets of our capital, for fear the unwashed may be shocked into violence by realisation most of Britain loves Trump.

This some would say is because Sadiq Khan hates Trump, and wouldn’t want there to be any rightwing news footage of us cheering for Donald.

We were told – this is recorded – that we would be arrested (POA s12; expect resulting sentence 3 months) if Nash-Jones and a couple of guys arrive together (procession) with a truck of Trump signs at the embassy. We insisted this isn’t in the spirit of the law; they have said we can arrive and leave with a truck and guys to take gear in and out. “

Protest organisers Nash-Jones, Martin Costello, Vaccha have said they are ready to make any sacrifice necessary for our nation, but three months lost in jail, where we can not do activism, isn’t the best way we can help you.

In a statement, Luke said: “We know this order seems incredibly unfair, and even perhaps an unlawful order (case: Redmond-Bates v DPP) issued for political reasons, but we advise you to remain calm and avoid arrests – the media want bad publicity.

After the rally, to avoid arrest, Costello and Nash-Jones will be legally required to take transport to the Tommy Rally. Effectively, in layman’s terms, the march is banned, but speeches are not.”

TRUMP: Sadiq Khan has “done a very bad job on terrorism” by allowing Migrants into capital

TRUMP: ‘U.S. Trade Deal is OFF! – I told May how to do Brexit but she WRECKED it’