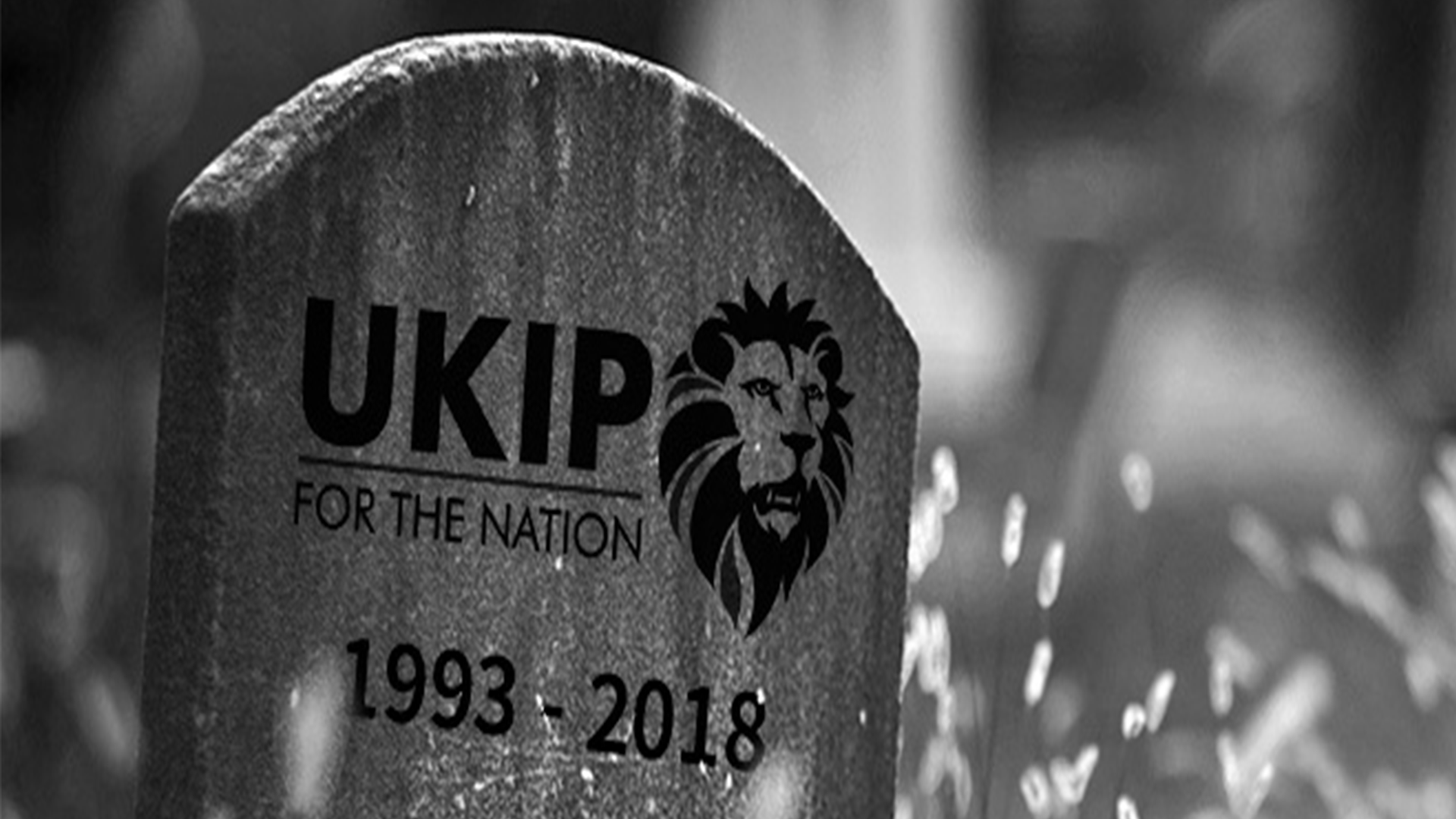 ARRON Banks who was once one of UKIP’s biggest financial backers and the co-founder of Leave.EU has dropped support for UKIP and has backed The Conservatives.

Banks said that UKIP “is no longer the vehicle” as it is “melting away before our eyes” and urged Brexiteers that they could force through change by joining the Conservative Party to “push through the will of the people.”

Writing on Leave.EU Banks said: “This is UKIP’s darkest hour and there is no Gary Oldman to pull the irons out of the fire. The party has written its name into British history and whatever its current travails this can never be erased.” 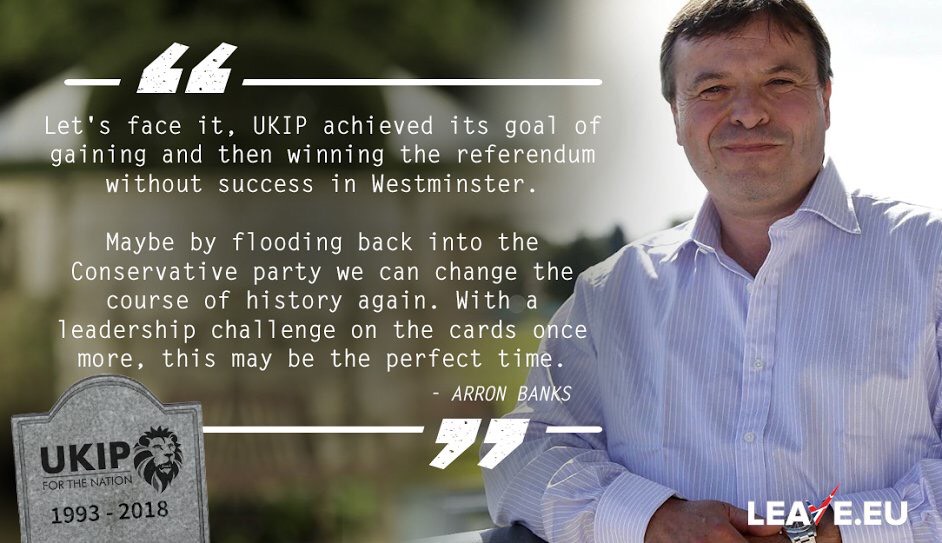 Banks said that without Nigel Farage & UKIP “there would never have been a referendum on EU membership.”

Without that referendum, we were doomed to deeper and deeper integration into a European Superstate, with its own army, its own foreign policy and eventually as any sane person could see its own government, albeit an unelected one which could not be removed. For this UKIP deserves to be in the history books and will receive the credit it deserves.

But because of its travails, UKIP has become utterly useless in defending the popular will to leave the widely reviled European Union, so hated that even Macron admits France would vote to follow the UK out the door if it could.

Banks added that “Philip Hammond’s comments yesterday that Brexit means a close alignment with the EU is mirrored by 75% of the cabinet that think leaving is a terrible idea.”

There is a clear and present danger that Brexit is doomed if left to Theresa May.

It is clear now that the insurgents left the field too early after the referendum, thinking that victory was ours. Nigel’s decision to get his life back was premature but wholly understandable after 25 years of hard campaigning.

We underestimated the rearguard action which would be fought by the Remain camp in Westminster and Whitehall, in the BBC and in the fickle fields of Fleet Street.

Having shelled out a promise of £40 billion in the “Divorce Settlement”, on current trends we are about to lose the house, kids, the car, the dogs AND the record collection in the second phase of the negotiations with Brussels.

Thanks to the Supreme Court and the House of Commons ANY deal brought back by Mrs May will have to pass a “meaningful vote” in parliament before it can be implemented. Why would the EU leaders in that case agree a deal with us which leaves any doubt that in that vote the Naysayers will have it?

We should have triggered Article 50 immediately and left on WTO terms.

Mrs May will agree with herself that leaving the EU is a bad idea and that while lip-service to the referendum result will have to be paid – a question of renaming the Single Market as “A Single Market” and the Customs Union as “A Customs Union” perhaps – a Norway style deal will be put to the House by the government.

A deal in which the so-called “free movement” of labour remains intact, in which foreign courts continue to take precedence over our own, in which external trade deals are forbidden, and which continues to transfer huge sums of British money to Neil Kinnock and Peter Mandelson’s pension and other worthy EU causes.

This is NOT what the British people voted for. And it must not be allowed to stand. Certainly, the best of the British must be prepared to fight it, from house to house if necessary in a new referendum. We must shout from the rooftops, we shall never surrender.

The question is, fight with what?

I’m sorry to say it can’t be with UKIP, which is melting away before our eyes.

It is said that the Tory Party, once millions strong, now couldn’t fill Old Trafford – and I mean the cricket ground!

In that case why don’t the Brexit forces, the insurgents, do a Momentum and all join the Tory party? With just 30,000 members the Corbynite Momentum now dominates popular discourse on the left of British politics.

A rag-bag of Toytown-Trotskists – all 57 Varieties – as Denis Healy might put it “out of their tiny Chinese minds” have taken complete control of Labour’s National Executive Committee ensuring not only a long-term future for Corbyn who will at this rate be as old as Chairman Mao when he finally takes office. If the Trots can do it in Labour why can’t the right with its commitment to proper British and Conservative values do it on the right?

The majority of the Tory membership are likely in any case to be deeply hostile to the betrayal of Brexit.

I reckon we could have a clear majority in the Tory party for a real Brexit within months if UKIP wound up and all its members and FORMER members, all of its latent support in the country now joined up to the Conservative Party.

Cold steel would be required of course and some of them at least, as we know, don’t like it up ’em. A few Tory MPs would have to be lined up and defenestrated, to stiffen the resolve of the others. But I’m confident, that very quickly, we could put Britain’s enemies to flight.

Leave.EU has built an enormous social media reach, bigger than any political party in the UK. Our Brexit campaign raised and spent more than Vote Leave the official campaign or Remain.

In Italy, an insurgent Five Star Movement is ahead in the polls for the March elections and sentiment is hardening against the EU across the continent.

Let’s face it, UKIP achieved its goal of gaining & then winning the referendum without success in Westminster.

Maybe by flooding back into the Conservative party we can change the course of history again. With a leadership challenge on the cards once more, this may be the perfect time.