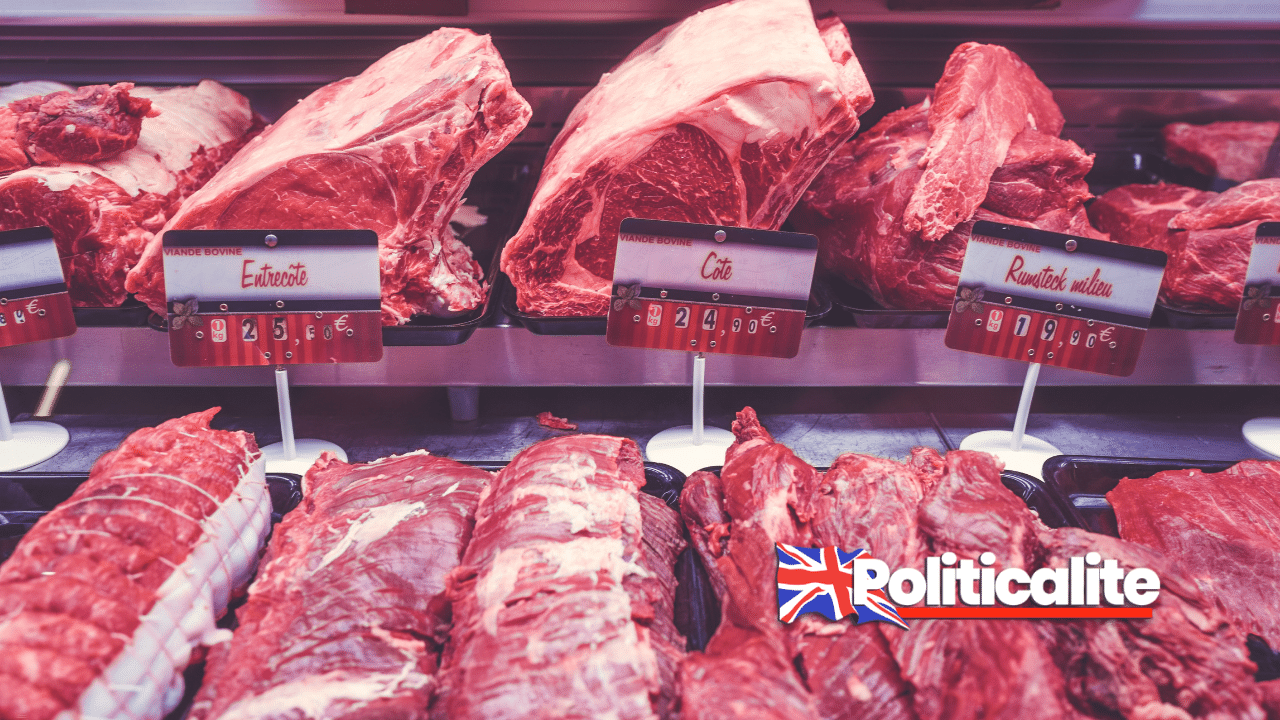 NOT content with strangulating British fishermen as a result of a lopsided EU “deal” that has already proved to be disastrous for the people of Northern Ireland, there are now rumours that a so-called “carbon tax” on meat and cheese will do something equally harmful to British farmers.

Throughout the Brexit process, both committed Brexiteers and those on the softer side spoke of the fact that leaving the EU could be used to encourage British tables to be filled with British food.

Whilst trade agreements with reasonable non-EU countries have the potential to be good for both British agriculture exporters and those who wish to import exotic foods, wines and spirits from outside of the European cartel, Brexit voters and those concerned with genuine ecology found common ground in calls to buy more British meat, fish, dairy and vegetables. There are ways to both help the local economy and help local ecology without sacrificing one for the other. But such common sense is entirely absent from Westminster.

Many throughout the country are rightly sick and tired of a leftist “green” agenda that is arrogant enough to claim that the “earth can be saved” if only we adopt extreme levels of enterprise crushing and employment destroying taxation. This taxation would do nothing beyond depriving the poorest of the conveniences of the first world, whilst creating a third world style wealth gap. The Lib-Lab-Con are united in their plans to make life more expensive and less convenient for the working class and the poor, all the while squeezing the already exhausted the middle classes like a dirty sponge. The proposed new tax on meat and cheese is a perfect example of this. At the same time, the tax would not plant a single new tree, prevent a single new concrete tower block from blighting the greenbelt and nor would it offer any advantage to British farmers over the less ecologically sound foreign competitors.

No tax is capable of changing the course of nature, just as no lockdown is capable of changing the course of a virus. However, tax is entirely capable of making life more miserable for people who have had it quite hard enough as it is. The great irony of this is that whilst British farmers are among the most responsible, ethical and ecologically sound in the world, they would be punished for their good deeds with a disastrous meat and cheese tax regime. They have done nothing to deserve this, just as consumers in Britain’s overcrowded and overpriced cities and towns did nothing to deserve higher food bills.

The Utopian notion that the crushing power of the state with its pharaonic ministers can solve problems on earth as though it is heaven, was something quite familiar to those on the left. That said, the Conservative Party has long since abandoned its erstwhile socially conservative mores, instead gleefully adopting faddist leftist economic policies that are even more extreme than those suggested by the infamous Blair/Brown due.

After a forced economic shutdown of the country, the very last thing we need is a new tax or tax increases. The only way out of lockdown is with substantial cuts to tax, as this is the only chance we have of restoring the jobs and productivity that have been crushed by a government which has prioritised the length of life over the quality of life, whilst overseeing a decline in both.

A vote for UKIP means that ordinary people will never have to ask “whatever will they tax next?” This is not true of the Lib-Lab-Con, nor is it true of some of the newer parties that have neglected economic wisdom in their relentless pursuit of temporary popularity.