A DAILY Mirror hack was left scrambling for his safe space after he wrote a hit piece on Paul Joseph Watson, Count Dankula, Milo Yianopolous and Sargon of Akkad but misjudged the mood of Britain and faced a huge backlash online.

Mikey Smith who is the Political Editor of the left-wing British Daily Mirror, penned an article and branded UKIP’s new recruits as “Free speech extremists” and said they “could make Ukip dangerous again.” 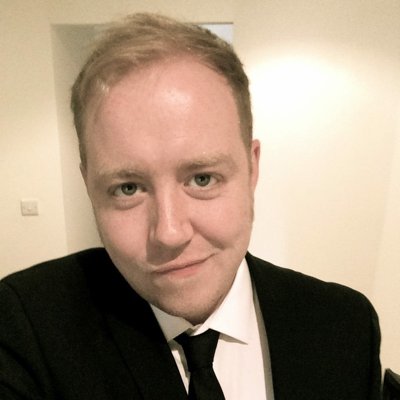 Paul Joseph Watson hit back and said: “When you live in a country where 20,000 potential jihadists are free to roam the streets but get called an “extremist” by a national newspaper for supporting free speech.”

He responded to Mikey and said: “I’m assuming this was an error, but you’re literally calling me an “extremist” in the headline. I am against all extremism and I have never advocated violence. Please retract immediately. Thank you.”

There’s nothing in the article that suggests you have advocated violence. Extremist refers to your views on free speech.

Thanks for getting in touch.”

Mikey even faced a backlash from his own readers with one writing: “You, Mikey Smith are terrified of these people and the potential they have to shift the political landscape in this country and frankly you should be because smears like this just will not work.”

One user wrote: “You also give no background, why is TR in prison, why was he banned from UKIP, go into the detail regarding the ridiculous Dankula prosecution. Pathetic Mikey. What will you do for a living after The Mirror?”

Mikey then refused to answer a question on his own views on Free Speech, like a true coward.

He was then accused of ‘Weaselling out’ by Cal Alex who wrote: “I think what we have here is a weasel. Instead of apologising for his blatant misrepresentation, he attempts to shift the focus of the word ‘extremist’ onto the phrase ‘freedom of speech’ which then makes it all nonsensical. ”

Feeling the burn, Mikey then tweeted: “Turns out defenders of free speech can get *really* angry about articles they don’t agree with. Go figure.”

To a remarkable response.