EU AND THEIR ARMY: UKIP Blast Merkel As She Announces Creation of EU Army
Advertisement

PLAN FOR THE PEOPLE: UKIP Wales Vows To SCRAP the Senedd

GUY FAWKES CLUBS: UKIP Founder Is Fed Up With Parliament

KEEP HER OUT: Gerard Batten BACKS calls to keep ISIS bride OUT of Britain 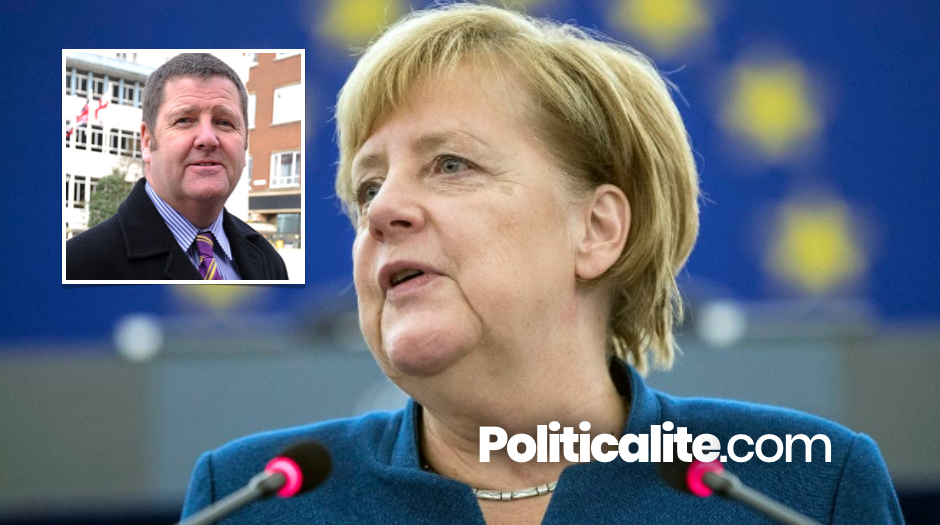 GERMAN Chancellor Angela Merkel yesterday called for a “real, true European Army” despite claims by Remain during the EU Referendum that there would never be such a thing.

Angela Merkel told EU leaders that they should one day consider “a real, true European army” just days after Donald Trump hit out at French President Emmanuel Macron over the same idea.

Speaking to the European Parliament in Strasbourg, the German chancellor backed the idea under a ‘European defence policy.’

“The times when we could rely on others has passed,” she said.

The soon to be deposed leader said received jeers from Eurosceptic MEPs as she said: “We have to look at the vision of one day creating a real, true European army.” The chancellor said the idea would complement Nato, but gave no details on when the ambitious idea could become reality.

He called the plans ‘shameless’ and ‘warmongering’ by the EU elite.

Mr Hookem said: “As Prime Minister May gathers her Cabinet of Capitulation to consult on the UK’s Brexit surrender to the EU’s terms, Merkel was outlining the EU’s real agenda – the effort to become a military and economic superpower!”

“To me, Merkel’s warmongering speech – which was made just over 48 hours after Europe marked the centenary of the Great War Armistice– is nothing less than shameless warmongering that aims to pit the whole of Europe against traditional allies such as the US.

“For years, UKIP have been warning about the creation of an EU army, only to be derided as fantasists. Yet at the same time the establishment were brushing off our warnings; plans for a powerful EU force were being worked out in backroom deals.”

“Therefore, it seems appropriate that May’s Backroom Brexit Deal – negotiated by Civil Servants rather than elected officials – finish the process of making us a vassal state on the very same day that Merkel’s military vision becomes a reality.”