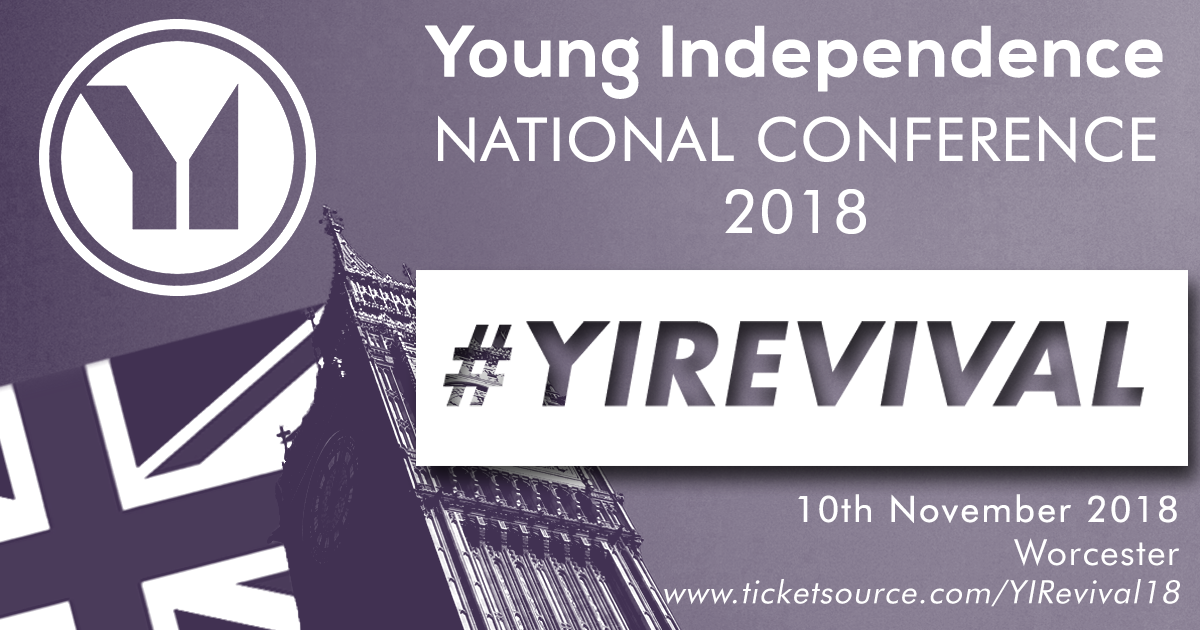 Sargon Of Akkad will be one of the speakers at the conference that will take place in November.

Young Independence (YI), UKIP’s youth wing exclusively told Politicalite last month that the prominent pro-UKIP YouTuber (also known as Carl Benjamin) will be one of the speakers at their national #YiRevival conference later this year.

The conference, which will be the first conference the youth wing has held since 2016 after its last two were cancelled due to violent threats from Leftists, will symbolise the major revival in UKIP’s youth membership, which is now approaching 2,000 and is showing no signs of slowing down!

Benjamin, who took the name Sargon of Akkad from the ruler of a Mesopotamian empire in the second millennium BC and has over 800,000 subscribers on YouTube, is expected to speak on the topic of classical liberalism the ideology which he most closely aligns with.

Sargon, 38, said: “I actually haven’t decided what I’ll be speaking about yet, but I’d like to get people in UKIP thinking in a broader spectrum about the problems that face Britain today from the position of our shared liberal heritage.

“The very reason we even care about free speech, individual rights and personal liberty being eroded is because of this cultural heritage. It’s formed our worldview so that we think of the freedom of the individual as being a good thing, compared to illiberal ideologies which constantly attempt to undermine our freedoms.

“Authoritarian, collectivist, conformist ideologies don’t think free speech, individual rights and personal liberty are good thing. To these ideologies, our freedoms are, in fact the problem.”

The #YiRevival conference, which will take place on 10th November this year in a location which has not been disclosed for security reasons, is expected to be the largest conference UKIP’s youth wing has ever seen in its lifespan of over a decade.

There’s only 150 available, so make sure you don’t miss out.