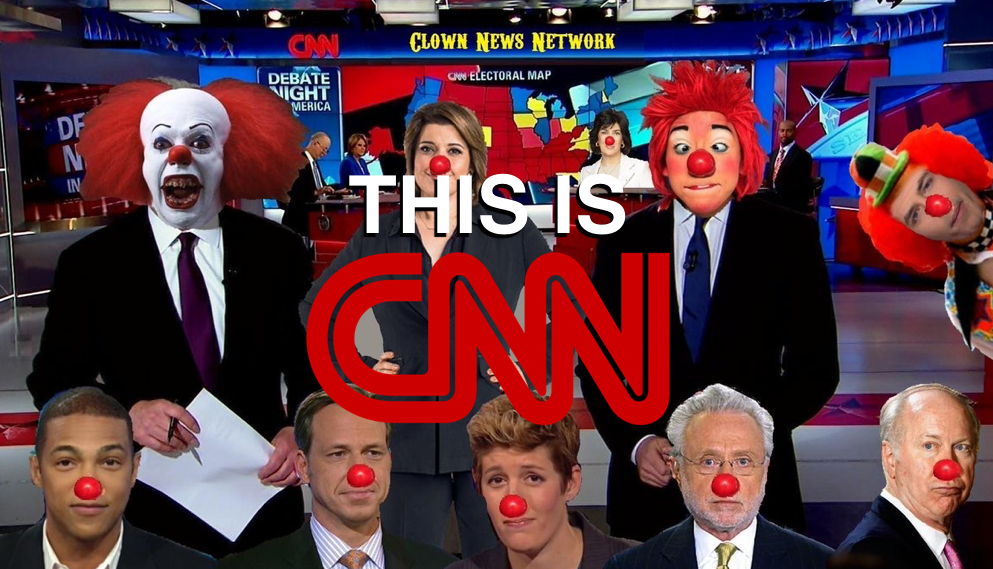 In retaliation for this, the Clinton News Net, sorry, Clown News Network has hit a shocking new low.

Instead of halting the spread of fake news they broadcast, or reporting genuine news that affects the American people, the failing news network decided to put its news gathering resorces to ‘good use’.

They tracked down the Reddit user who created the GIF and allegedly threatened to reveal his identity unless he apologised and removed the content. 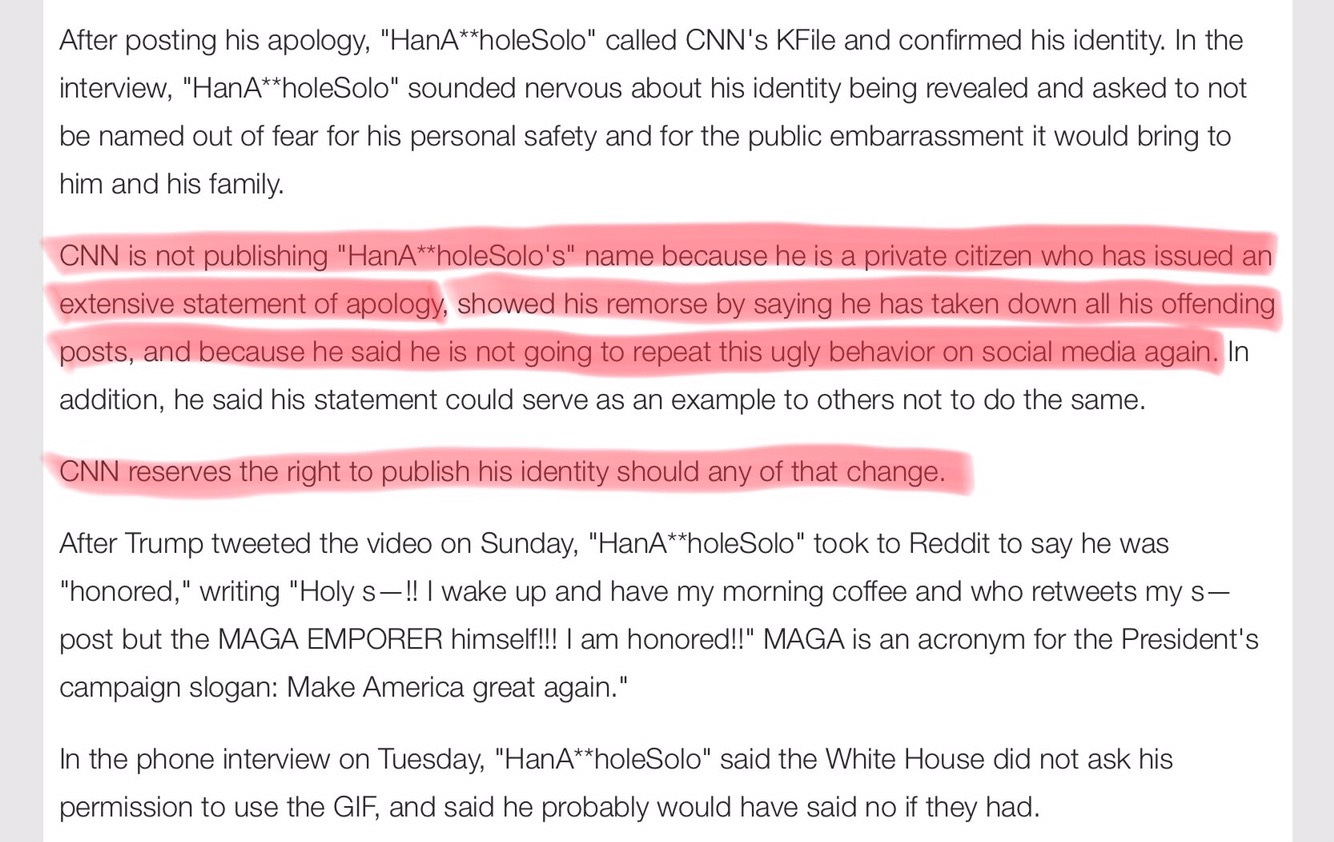 When they posted the story on Social Media, it did not go down well and the trend ‘#CNNBlackmail’ is currently the top trend in the United States.
July 4th 2017, the day CNN removed someone’s right to free speech.

Here’s how myself and the rest of Twitter reacted:

Imagine if @CNN reported real news instead tracking down the man behind an 'offensive' GIF. CNN = The thought police. #CNNBlackmail https://t.co/0iT9JNwdeP

You used your platform, resources, and talent….for this…..