THE UNREPORTED: What It's Like To Be Homeless in Britain Amid a Pandemic 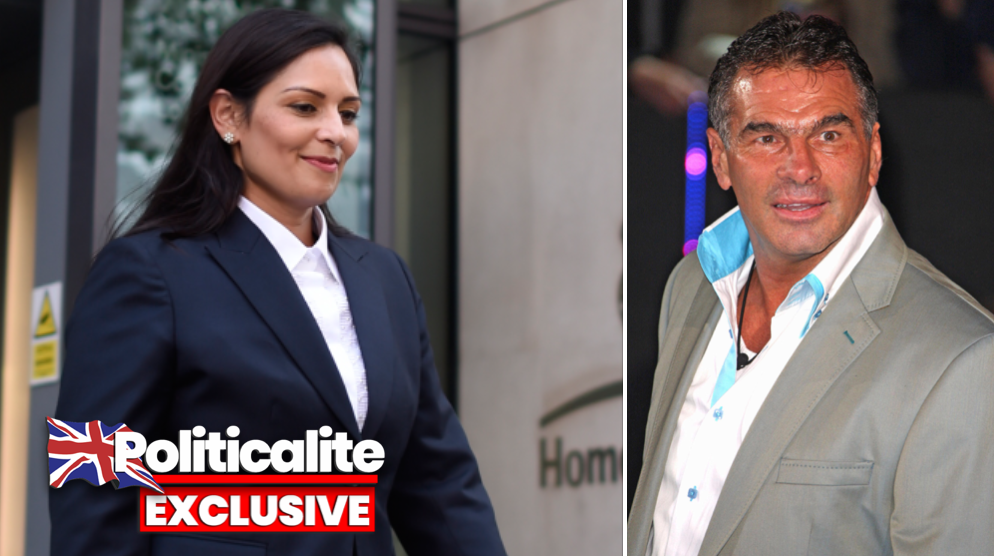 HOME Secretary Priti Patel has been accused of “ethnicity extermination” by worried Travellers after plans to “criminalise” encampments were proposed, Politicalite can reveal.

At the turn of the decade something radical happened in Britian – the British Gypsy and Travelling community that had been villified for decades by succesive governments, became something of a smash-hit phenonomem following Channel 4’s hit series “My Big Fat Gypsy Wedding”, showing a human side of a race that usually gets no real honest representation.

The show attracted audiences of up to eight million, but now it seems the party is over after the British Government announced plans to give police forces new powers to arrest and seize the property and vehicles of Travellers.

The Establishment is quick to call out racism from the right towards Muslims – but they are just as bad when it comes to racism of a race that is barley talked about – the Gypsy and Travelling community.

Many Brits blame Travellers for causing a nuscance and sometimes mess – but every group has bad apples – and the issue is part of the bigger problem that comes with the UK’s growing Housing Crisis.

The Government’s plans describe members of the travelling community as “trespassers who set up unauthorised caravan sites,” and the Home Office wants to make it a criminal offence – but the move could make simply exisiting as a traveller “illegal” some claim.

Home Secretary Pritti Patel has said: “Unauthorised encampments can cause misery to those who live nearby, with reports of damage to property, noise, abuse and littering.”

“The public want their communities protected and for the police to crack down on trespassers.”

“Our proposals aim to ensure these encampments can be challenged and removed as quickly as possible.”

Critics says that the proposed ammendments to already established tresspassing law from 1994 are “like something out of 1930s Germany”.

Under the plans, the Police forces in England and Wales will direct travellers – in what the Home Office describes as “offenders” , to sites in neighbouring local authorities. “Passing the buck” from one authority to the next.

There’s one key problem with the legislation and the Government plans to “lower the number of vehicles needed to be involved in an unauthorised camp before police can act from six to two” – this one move could have a detrimental affect on one travelling family – who spoke to Politicalite on a condition of anomyinity.

They have real fears that the new laws could lead to the “extermination of a race”.

“Gypsies are defined under the race relations acts 1976 and 2000, so it’s a distinct identity, and the vast majority live in houses or on permenent legal sites” one member of the community told Politicalite.

The mother of young children, who says she works as a social worker and pays taxes via PAYE. She lives in what she describes as a “Motorhome… like an American RV”.

“As my home is somewhere between inconvenient and impossible for the school run, I also have a small car.”

“I need to remain in the same general area. Within say 30 minutes of the school run, in term time.”

“I can’t just pick a spot by the school and always be there.”

“That’s already something the council’s have powers to deal with. I must move. Regularly. Therefore I must have the car. I can’t not have two vehicles.”

“The proposals reduce the size of an unauthorised encampment (UE) to 2 vehicles, so automatically wherever I am is a Unathorised Encampment.”

“Then they criminalise UEs, so instead of a civil matter it becomes criminal.”

“It becomes criminal if I stop anywhere.”

”The road. The verge. The commons. A carpark. Anywhere.”

“I am illegal every time the engine switches off.”

“That means I have two vehicles. I already can’t stay on any one spot longer than about 28 days without risking friction with the local council, however, I have kids in school.”

The source also told us if she was forced off the road into Public housing – then the taxpayer would have to pick up the bill.

“If I were forced off the road onto housing, the tax payer will have to find my rent as I work in social work and I have a low enough income to have to meet my rent through Local Housing Allowance, So you are going to have to find £12,000 a year for me… But you aren’t because I haven’t lived in this one Local Authority area for the 3 years required to meet the “local connection” stipulation for housing assistance. So actually I haven’t got an alternative.”

She slammed the Home Secretary: “No matter, Priti will criminalise me anyway.”

“The Tories are meant to like home ownership, no? Not mine. The new powers would make it possible to crush my home.”

She joked: “Good luck, she’s 7.5ton, but seize it anyway. For what? asked the Mother… For existing?”

“That leaves me having to keep the house, but not the car, then. Because alternatives to my “house” (motorhome) aren’t there. But if I lose the car, school isn’t going to happen. Busses don’t run from the random corners I have to stop in.”

When questioned about concerns from other members of the public in relation to littering and noise, the lady told Politicalite: “Sometimes people like to get together. Particularly in summer The majority of [us] are clean and respectful, look at the massive Stammer Park Brighton one this summer. Immaculate. And they moved on when the civil notice was served. No police were needed.”

She also claims that powers already exist to move along Travellers and that “There isn’t a need to criminalise and jail people.”

Our source added that: “The Home Office tells councils that they need to meet their obligations to provide sites but in actual fact transit site provision is probably a tenth of what is needed and even when you can get on a transit site there is a limit to how long you can be there (again usually about a month), and the next one might not be for 40 miles.”

”How do you put kids in school then? And Gypsy populations have a young average age (high birth rate, shockingly low life expectancy) so there’s always kids.”

The proposed laws have also had a detrimental effect on the mother, who said she suffers from Insomnia due to worry and stress.

“I have worked wherever I have needed to go to do so, and been all over the place to get the money to buy this home and she’s not cheap.”

“To risk having someone decide to take it from me. Not only is that my home it’s my greatest asset and the children’s life.”

“It scares me. I have to have an enhanced DBS for work. I’m terrified of a conviction. I don’t understand why my even existing is so heinous.”

In response to the concerns the Home Office has said: “The Ministry of Housing Communities and Local Government (MHCLG) has made nearly £2 million available to councils to crack down on illegal developments, with funding also available under the £9 billion Affordable Homes Programme to help develop authorised sites.”

“In June this year the Government also announced that the MHCLG will lead development of a cross-government strategy to improve outcomes for travellers.”