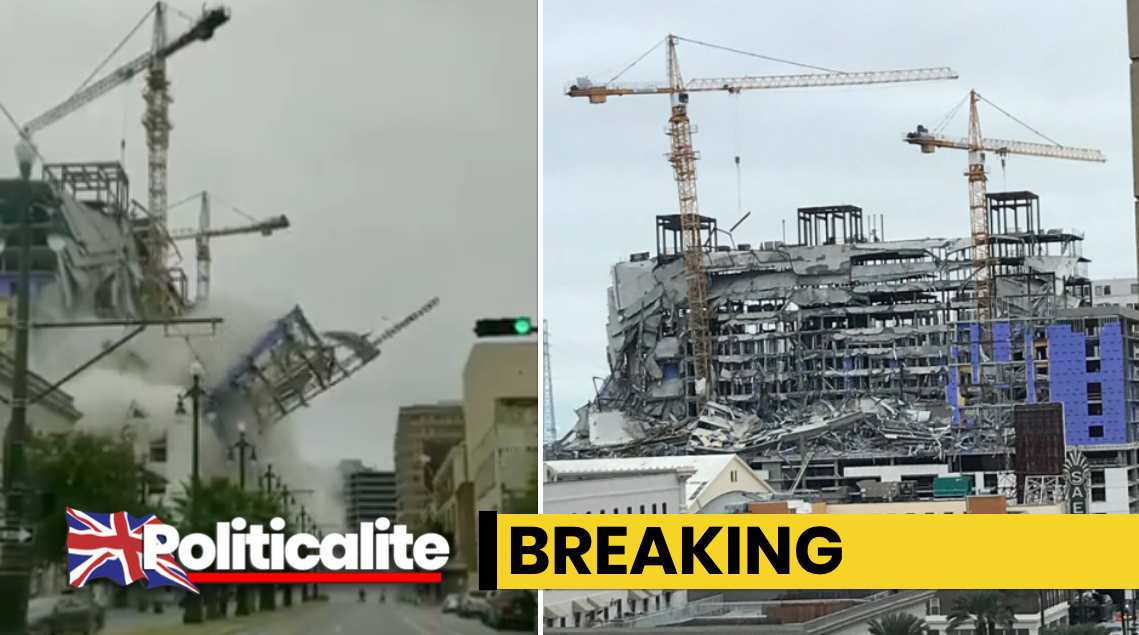 EIGHT to ten people were injured following the collapse of the Hard Rock Casino Hotel in New Orleans.

The Hotel was under construction as the shocking disaster unfolded on Saturday.

Local media reported that parts of the top floors of the Hard Rock Casino Hotel in downtown New Orleans collapsed in a GIANT cloud of dust.

Nine people were injured, three are in a critical condition. An eyewitness told local media: “It sounded like a — I don’t know how to describe it — like a building coming down,” said Matt Worges, who saw the collapse from the nearby Tidewater Building.

A student told local media that “It looked like the concrete just slid from the top down to the street,”

“The concrete just started to slide down the side.”

“They really thought it was an earthquake,” he said.

It’s unclear what caused the collapse.