10 missing after US warship John S. McCain collides with tanker in Pacific
Advertisement 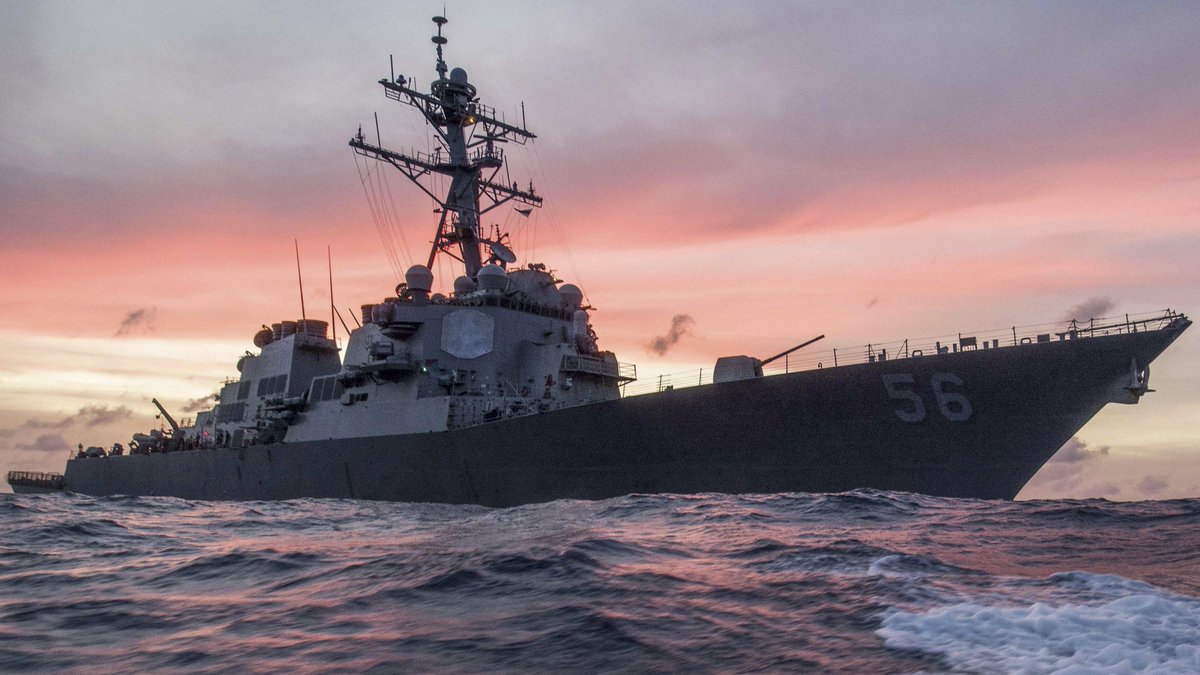 (FOX NEWS) Ten sailors are missing and five injured after the guided-missile destroyer USS John S. McCain collided with a tanker east of Singapore and the Strait of Malacca, the U.S. Navy said late lastnight.

Search and rescue efforts are under way in coordination with local authorities, the Navy said.

The warship is named after John S. McCain, Sr., and John S. McCain, Jr., both Admirals in the U.S. Navy, and the grandfather and father, respectively, of the Arizona senator.

The ship is based in Yokosuka, Japan. It was commissioned in 1994 and has a crew of 23 officers, 24 chief petty officers, and 291 enlisted sailors, according to the Navy’s website.

The Alnic MC, the merchant vessel USS John S. McCain collided with, is a 600-foot oil and chemical tanker.

Sen. McCain tweeted Sunday night he and his wife, Cindy, were keeping the sailors in their prayers. He’d recently visited the warship in Vietnam.

Cindy & I are keeping America's sailors aboard the USS John S McCain in our prayers tonight – appreciate the work of search & rescue crews https://t.co/jzk9giXbfg

This marks the fourth mishap for U.S. Navy ships in the Pacific since February.