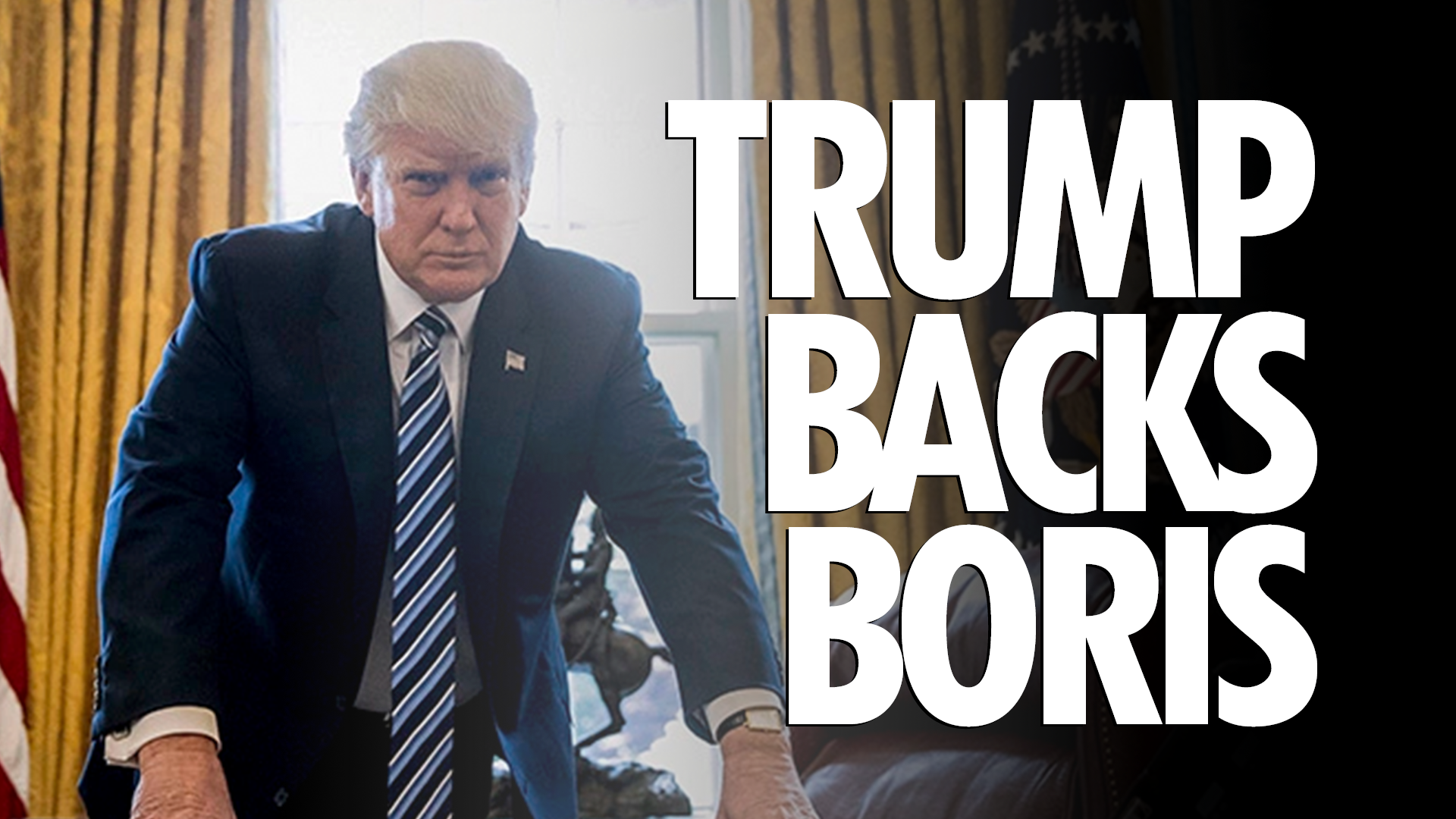 PRESIDENT Donald Trump has backed Boris Johnson to be Britian’s next Prime Minister in a move that will delight right-wingers and Brexiteers.

Speaking exclusively to The Sun, the 45th President of the United States claimed that other Tory leadership beggars had also asked for his backing.

Ahead of his three-day state visit to the UK starting Monday, The US President said: “Boris would do a very good job. I think he would be excellent.”

“I like him. I have always liked him. I don’t know that he is going to be chosen, but I think he is a very good guy, a very talented person.

“He has been very positive about me and our country.” added Trump.

Mr Trump, 72, also insisted that Boris’s well-known philandering scandals should not halt him from winning.

Asked whether he thought Mr Johnson’s extra-marital affairs and love child mattered, the President replied: “Well, it always matters, but I think that it’s certainly not what it was 20 years ago, and not certainly what it was 50 years ago. I think today it matters much less.”